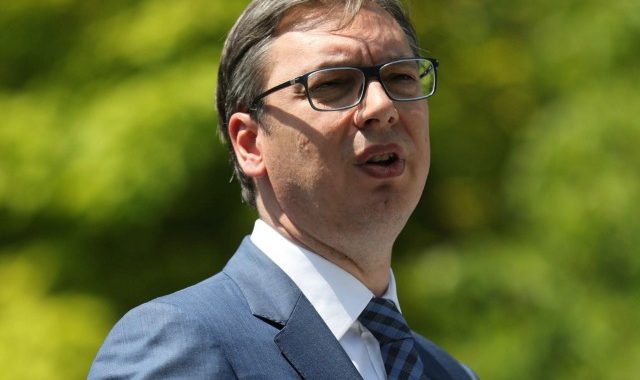 A dialogue with whom and for whom?

You have our support for an internal dialogue, but we will not allow you to use us in your political dealings.

These days you are calling for an internal dialogue about Kosovo so that the ‘burden’ will not be left to our descendants. For us living in Kosovo, it has been clear for a long time that this issue is in fact a ‘burden’ for you, personally. For us, it is a life in which we struggle between two systems — yours, and Prishtina’s. Both Belgrade and Prishtina claim they want us, but neither honestly does. They both care about the territory, but very little about the people living in it.

I must confess that in your public call for an internal dialogue, I read some meaningful sentences, findings, and conclusions. I would have probably accepted and understood them, if not for immediately after such a letter, there were not others to contradict it. In them one could sense your internal struggle, or the ‘dialogue’ that you conduct with your own self and therefore call it “internal.”

I agree with one of your points — that dialogue with Kosovo is necessary. Not today, but yesterday, the day before that, a decade ago, and more. Perhaps it is also not too late today for the dialogue, if it was someone else who called for it, if behind the call stood sincere intents to make citizens’ lives better; I will even allow myself to say Serbian citizens in Kosovo. That’s what we still are, until someone takes away whatever documents we hold, including the passports that label us as second class citizens compared to the ones in Belgrade, Cacak, Kragujevac, or any other place over the border, or the administrative boundary line, whatever you want to call it.

With whom do you want to conduct a dialogue about Kosovo, Mr. President? With the opposition that you silence and denounce daily? Or perhaps with NGO representatives, labeled by your associates as foreign mercenaries and traitors to their own people? Or perhaps you wish to conduct dialogue with the remaining independent media, which you keep tying to the ‘pillar of shame’ by organizing an exhibition with their fact-based works, only to call them “uncensored lies.”

Perhaps you wish to talk to us, the people who live in Kosovo. Those of us who for years have tried to conduct that dialogue here, in the field. We manage to succeed in spite of being called traitors when we do our daily work.

I noticed that in your tone there is an unpleasant feeling when you talk about Kosovo, but that does not affect me. The same way you were not affected by the fear and anxiety of people whom you led around Serbia to bulk up your gatherings of the Serbian Progressive Party. Or, your threats against  journalists, only because they do their jobs as best they can. Or, the tears and fears of families of those who are involved with political parties other than yours… The list of those who live in fear of losing their freedoms, workplaces, and even lives is quite long. And that is why I am not empathizing with you, because right now you need to conduct a dialogue on Kosovo with yourself — an issue which scored you many political points, but which could also be your downfall.

In order to move the dialogue about Kosovo forward, it is necessary that certain preconditions be satisfied so that the potential stakeholders can verify your honest intentions. That means that you would need to change the relationship towards the opposition with whom you evidently want to share responsibilities regarding this issue. Independent media and non-governmental organizations are, believe it or not, your partners in that dialogue, and not your enemies. People who live in Kosovo and are involved in politics, media, and civic society are actively following the implementation of the Brussels-facilitated agreements, and are already setting in motion a dialogue and working on stabilizing the situation in the field.

It is necessary to change the approach towards Albanians, since no matter what happens politically, we will continue to live next to each other and we do not need rekindling of existing sparks. Both Serbs and Albanians have the same wishes and goals — like all other people in the world — to live in peace, move freely, have jobs, and be adequately compensated for the work we do. That means that economic interests would be the best way to calm the existing tensions.

You should first ask yourself the questions I raised above, and only then can you create the preconditions to move the dialogue forward. Judging by this, you should leave aside your vanity and trivial interests of your party friends.

You have our support for internal dialogue, but we will not allow you to use us in your political dealings.