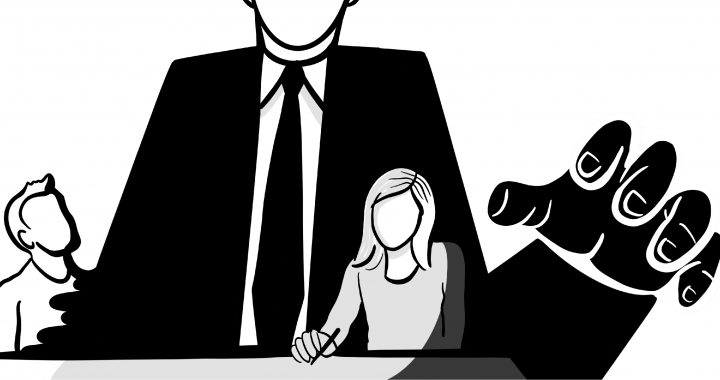 A feminist revolt against sexual violence

Kosovo’s society, institutions and familial structures have allowed sexual violence to become endemic. To fight it we must take on the institutions and liberate ourselves from deep rooted patriarchal beliefs.

This week saw an uprising of girls and women against the persistent violence that has been enacted against them. For six consecutive days, girls and women expressed their anger and rejected sexual violence like never before, sharing their experiences in public spaces and taking to the streets to protest.

Following media reports of a shocking sexual assault outside of a school, two demonstrations were held this week, one organised by the Collective for Feminist Thought and Action and another by Prishtina’s high school students. A third is scheduled for Saturday in Mitrovica.

Meanwhile, numerous threads on social media platforms have triggered a more open societal discourse on the subject of sexual misbehaviour in schools.

The protesters demanded more institutional responsibility in the fight against sexual violence in the education system, particularly in regard to hiring more security at schools and employing more school psychologists. There have also been calls for sexual education to be included in the curriculum, which were met with a fierce counter-narrative in conservative circles.

According to these groups, the antidote to issues with sexual violence in schools is more religious education, something that can only be seen as an attempt to reinforce oppressive gender relations and reassert control over women’s bodies.

During this week of revolt, the media has been filled with stories relating to sexual violence, particularly by men in positions of power. On Wednesday, a teacher was arrested on suspicion of the murder of the father of one of his pupils. It has been reported that the teacher was convicted in 2019 of a sexual assault on the man’s daughter.

The next day, former Minister of Health Numan Balic was sentenced to two years imprisonment for a sexual assault committed on a woman in 2020, while he was working as a doctor in Peja.

However, these recent cases should not be understood as an ‘escalation’ of sexual violence against women. These cases only help to expose the endemic abuse against women. In 2020, 58 cases of rape were reported, more than one a week.

Various forms of sexual abuse remain the most frequent types of gender based violence experienced by women and girls in Kosovo, mostly in secret and denied by the state. What is clearly evidenced by recent cases reported in the media is that institutions that are supposed to protect women and girls from sexual assaults often become the attackers themselves.

Alongside the doctors and teachers that have risen to infamy this week, numerous cases involving Kosovo Police have also been identified. In April, BIRN reported that a police officer was arrested on charges of sexual abuse of a minor. In a BIRN debate broadcast this week, teacher Sherife Alickaj-Qerimi revealed that she suffered sexual harassment from a police officer while reporting an attempted sexual assault on a 12-year-old girl.

Alongside sexual violence, sexual harassment is another area which requires a greater display of institutional responsibility.

There were 48 cases of sexual harassment reported in 2020, but due to victim blaming, stigmatisation, and a mistrust of state structures, women have a tendency not to report it. Conviction rates for sexual assault are rare, but convictions for sexual harassment are all but non-existent. It is another indication of the patriarchal nature of Kosovo’s institutions.

These institutions have let sexual assault become widespread in Kosovo, and we must address the behaviour of men and boys both inside and outside our homes. Attention must be kept on the perpetrators and the structural factors that create rapists.

In Kosovo’s patriarchal society, boys are raised with the idea that girls are in service to their desires, while girls are reduced to their body, always subservient to men. This is what societal norms dictate.

In this context, sexual violence is one of the main forms of supressing women. It is a terrible experience to be raised with the fear that one’s body can be raped, that it is a target for male domination and indulgence.

What is necessary in response is re-education at a societal level, with a focus on emancipation from entrenched gender roles.

Currently, the family, society and institutions are producing harassers and rapists. The feminist resistance must focus on interventions that radically change insitutions and prevent them from reproducing these entrenched gender roles.

A lack of education on the human body, sexuality and the fundamental rights surrounding them have become tools to cement male domination. Myths and stereotypes around women’s bodies were built to allow the inhuman use of them by men. These ideas must be refuted and attacked.

Ultimately, the recent sexual assault case revealed that schools are unsafe, and that the education system is built on patriarchal values. The health and safety of girls is now a matter of public security and deeply political.

The corresponding revolt is therefore a collective one, expressing the anger of women and girls across Kosovo.

It has provided huge momentum to the discussion on women’s bodies and sexuality, both currently suppressed by a fundamentally patriarchal system. It has affirmed that the fight against sexual violence and eventual liberation from it cannot happen without a collective sexual emancipation, which can only occur on feminist terms.

Liridona Sijarina is a feminist activist working in advancing social justice and gender equality in Kosovo. She holds a bachelor’s degree in Political Science from the University of Prishtina. Currently, she works at Kosovar Gender Studies Center as Project Manager.