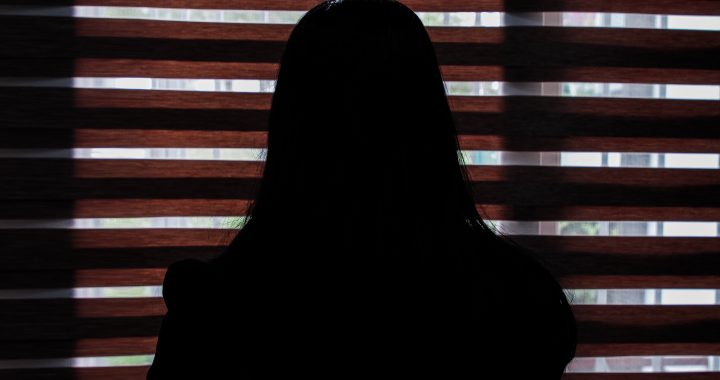 A year that exposed the entrenched violence against women

2020 saw a steep rise in domestic violence and femicide in Kosovo but temptations to blame the pandemic should be avoided. The answers lie closer to home.

Throughout 2020, the Kosovo state has failed to protect women, maintaining its record of indifference and negligence towards gender issues. Under the neoliberal maxim of “equal treatment for all” – an oppressive notion for unprivileged groups – the state continued to protect the strong and suppress the disempowered, ultimately resulting in the killing of another seven women.

In the two months following the first confirmed coronavirus cases in Kosovo in March, there was a 30 percent increase in reported cases of domestic violence, and a number of gross violations of women’s rights.

The circumstances created by the COVID-19 pandemic have often been attributed as the cause of the increased levels of domestic violence and femicide. However, from a feminist perspective this is an incorrect assumption that risks misrepresenting the systemic nature of these issues, while following this logic will only prove harmful in future attempts to address gender-based violence.

In reality, the cause of these issues lies within Kosovo’s institutions, which are led in a deeply patriarchal manner that both reproduces and incites violence against women. It is this patriarchal system that is the root cause of the violence, other factors are simply aggravating circumstances.

The state’s failure to tackle patriarchy normalises violence against women, while a weak justice system has allowed women to be subjected to violence even during the pandemic. The violence endured by women in 2020 is not a result of the world created by COVID-19, but a more visible continuation of men’s dominance over women in Kosovo, which begins within the family.

Research has already revealed both the alarming levels of violence against women in the home and that statistics only tell a small part of the story.

According to Kosovo Police, 1,915 cases of domestic violence were reported in 2019, an average of more than 35 cases per week. However, according to a study by the Kosovar Gender Studies Centre, these figures do not reflect the true extent of the issue, as domestic violence against women is still considered a private issue, and sexual, psychological and economic violence remain significantly underreported.

Women are discouraged from reporting violence due to an always prevalent combination of paternalisation, institutionalised patriarchy, the stigmatisation of victims and the fragility of Kosovo’s institutions, which fail to ensure gender equality. These amalgamated factors further complicate attempts to tackle the issue.

The COVID-19 pandemic returned the idea of the family to the public discourse, with institutions presenting the family home as a shelter to prevent the spread of the virus, and ensure the continuation of collective life.  However, what the pandemic actually reconfirmed is that it is within the home that violent power relations are created, that the home is often not a secure place for women and can become the place they meet their death.

The return en masse of men to the family home and the concentration of life within four walls meant that the pressures on women proliferated. As well as being society’s main reproductive force, during the pandemic women’s duties multiplied alongside the emotional, psychological, economic and physical violence.

Despite the feminist movement’s attempts to reposition women within both the family and the public sphere, in Kosovo domestic violence is still perceived as a private issue. This perception is reinforced by institutions that have barely intervened in what can only be described as an epidemic of violence.

When the state has intervened, it has often proved to be harmful for women. Evidence has shown that the institutional response to domestic violence against women further reinforces the notion that “what happens at home, stays at home,” which often seems like a guiding principle for public servants and the judicial system alike. It is a mindset that serves to continually re-victimize women.

This reality persists because the institution of the family, often conceived in sexist terms, remains adhered to with a cult-like reverence that state institutions are afraid to touch. This in turn creates a situation in which the violence enacted against women becomes a ‘family matter’ that is all but immune from the law.

The clan-like functioning of institutions also ensures that immunity is often provided for a well known ‘friendly uncle’ in cases involving well-connected men. This phenomenon further demonstrates that, when it comes to women, the power of the family surpasses that of the state, which only serves the powerful.

When measures to prevent the coronavirus were announced, the Kosovo Government declared that the home was our “safe place”, abandoning women by ignoring the wider societal context, as well as women’s experiences and needs. It is an approach that once again proves the impossibility of protection by the state on “neutral” terms.

The Kosovo state continues to disregard women by failing to provide effective gender policies and access to justice, a disregard which is compounded by the ignorance displayed regarding the family home as a source of violence.

These institutional failures in 2020 have only increased the need for emancipatory feminist policies that directly intervene in the violence that is continually being disguised as a ‘private matter.’ Only with this approach can the role of the family be repositioned in society on genuinely equal terms.

Liridona Sijarina is a feminist activist working in advancing social justice and gender equality in Kosovo. She holds a bachelor degree in Political Science from the University of Prishtina. Currently, she works at Kosovar Gender Studies Center as Project Manager.