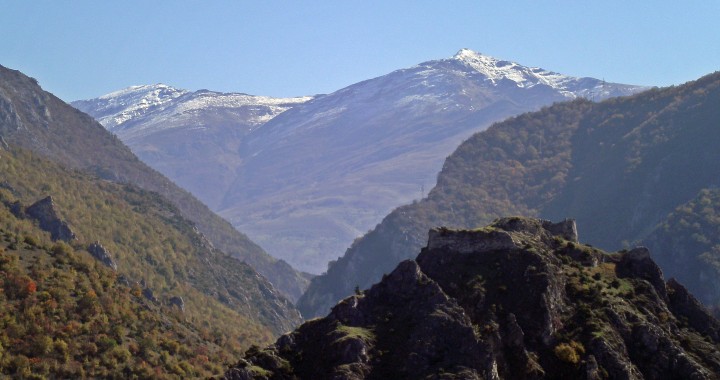 Adventurers place Kosovo on the map

Explorers, cyclists and photographers are setting out into the unknown of Europe, making a mark here along their journey.

Jeremy Cameron, an Englishman in his 60s, dreamt of walking from the Hook of Holland to Istanbul. This summer, Signal Books published his account “Never Again” and as the title suggests, it’s a book to make you think twice about attempting those challenges you dream up.

It is a narrative dominated by blisters, loneliness and roadkill along Europe’s highways. Among laments on other such hardships, like the impossibility of getting a decent cup of tea, Cameron’s section on Kosovo stands out for the warmth and richness of his experiences.

Patrick Leigh Fermor made the walk from Holland to Constantinople famous. His 1933 journey, which did not pass through Kosovo, was chronicled in two of the greatest travel books of all time.

Eighty years later, Cameron, with his heart condition, completed his walk. He spent seven of his 128 days on the road walking through Kosovo. He describes Prishtina as a city “bursting with life and commerce and debate.” Cameron makes lively notes about the tradition here of looking people in the eye when drinking a toast, to avoid seven years of bad sex. He describes the hospitality of the Albanian family he stays with in Ferizaj, and good company during his evening in the traditional restored guesthouse of Hangjik outside Kacanik.

It’s an uplifting account of this country by someone passing through in pursuit of a bigger goal, and only the latest in a line of travel challenges that I’ve come across since living in Kosovo.

There was the inspirational Rob Martineau, who ran 1,000 miles from Odessa to Dubrovnik – again via Kosovo – last year to raise awareness about child trafficking.

Merlin and Rebecca were an adventurous couple from the US who decided to visit every country in Europe and spend two weeks in each – “no exceptions.” On their blog they posted photographs and vignettes from their trip–a night in a kulla, beer (which they liked) and cigarettes (which they didn’t) in Prishtina, homestay in Rugova, wine-making in Rahovec, and filigree-making in Prizren.

Another couple I met when they came through Kosovo were Brett and Kimmi, who cycled through on their way from London to Melbourne, raising money from their ride for their foundation, Kindness of Strangers, which donated to charities they met on their trip.

I also met a long-distance cyclist as he came through Kosovo a few years ago. His journey was both external, across Europe, and internal, because as he cycled, he was listening to tracks he had downloaded from the Internet. Not so surprising, perhaps – you would need something to keep you company on the lonely road. But this cyclist’s downloaded tracks were automated speech conversions of text, from Wikipedia. Each week he took in different areas of knowledge. On the day I met him, he was learning about oceans, and when I said goodbye after our coffee, he prepared to get on his bike, and put his headphones on. “So what will you listen to for the rest of your ride today?” I asked.

“Oh, this section is on dolphins,” he said with a smile, before setting off on the dry streets of Europe’s dustiest landlocked country.
He – like Cameron’s latest book – is a reminder of how the close pursuit of your dreams can take you to the edges of insanity. But there is still a sense of achievement when you reach Istanbul.

What challenge through Kosovo do you plan to take on this summer?