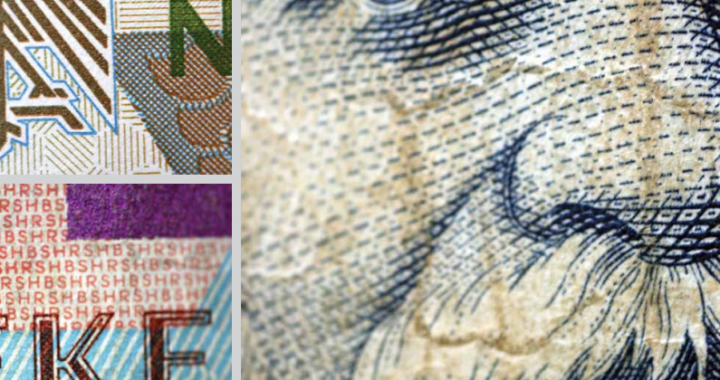 Kosovo has much to learn from its neighbor’s startling economic transformation over the last two decades.

“This is it? This is Albania? Oh God, we are so finished!” my grandmother said. She was 86, and had just spent 36 hours on a military truck, traveling through northern Albania during a stretch of several rainy and gloomy days in April 1999.

She was one of half-a-million Kosovars forced from their homes during the conflict that spring. Other refuges joined my grandmother in their disappointment about what they saw on their journey: dilapidated buildings and houses and unpaved and dangerous roads that led through a depressing grey landscape, in spite of the grandeur of the mountains.

Those downbeat observations reflected reality in Albania where people were still waking up from the nightmare of communism and then the financial meltdown in 1997, when one of the largest “ponzi” schemes in history descended into chaos that left some 2,000 people dead.

But, as with most things Albanian, the story of Albania in the recent past is a tale of extremes.

Since the economic debacle of 1997, Albania has experienced the most dramatic economic transformation of any transition economy in Europe. It surprises many people to learn that Albania leads 26 Eastern European countries in terms of economic growth per capita in the last 25 years.

On November 4, Branko Milanovic, a noted Serbian economist, published a post on his website entitled, “For Whom The Wall Fell? A balance-sheet of Transition to Capitalism.”

Milanovic used per capita growth to see how Eastern Europe countries had fared from 1990 to 2013. By posting an average real per capita GDP growth rate of 3.9 per cent, Albania came out on top, followed by Poland on 3.7 per cent, Belarus on 3.5 per cent, and Armenia and Estonia, on 3 per cent each.

Consistent growth in Albania’s GDP is also reflected in a low unemployment rate of 14.5 per cent compared to around 31 per cent in Kosovo, which is only the official figure. [The real one is likely to be above 40 per cent.] Macedonia is on 31 per cent, Bosnia, 28 per cent, and Serbia, 24 per cent.

While part of this expansion may be explained as Albania’s natural economic catch-up, the economic transformation was especially unparalleled for a country that almost self-destructed during 1997.

So, what made Albania to grow so fast in such a short time? The economic transformation of major sectors of the economy went through fundamental changes. Over the last two decades, many people moved to cities in search of jobs, which led to chaotic urbanization but also spurred growth and created demand for all kinds of services. The government stepped in to help manage this environment by privatizing state firms, deregulating the economy, cutting red tape and reducing taxes. The government borrowed money and invested it in roads and other infrastructure projects. These multiple-year billion-dollar projects then created additional demand for services and put more people to work.

Other investments in energy and tourism added more fire to the economic engine. Private-sector firms then stepped in to provide a multitude of services, from consulting to insurance and engineering to finance. All this economic activity in the private sphere needed more capital, which was abundant and easy to get from private banks in Albania, which put the country into Top 20 in the World Bank’s Doing Business report in 2014 for ease of getting credit.

Remittances meanwhile helped thousands of families with small-scale investments or increased their demand for more things, boosting consumption. The economy opened up to foreign investment, cut tariffs, reduced other trade barriers, and allowed more goods and services to circulate.

In the background of all this stood the Bank of Albania, which played a key role in ensuring a stable financial environment, with low inflation, and well-capitalized and regulated banks and insurance companies. In fact, low inflation and a stable financial system created confidence in the national currency, allowing more capital and credit for firms and businesses. The government’s zeal for improving the business climate was evident in the latest Doing Business report, which showed Albania rising 40 places, with the biggest improvement coming in the areas of construction permits and property registration – key to improving business dynamics.

These developments at multiple levels made it possible for the birth of firms, leading to job creation and the expansion of the domestic consumer market. Growing employment in Albania was helped by a labor market marked by lower costs and flexible wages. This meant that when the economy slowed, wages fell slightly, which allowed firms to maintain employment while adjusting to new conditions. This balancing act helped keep productivity in line with wages and employment relatively stable compared to other countries.

What lessons can Kosovo learn from Albania? First, Kosovo doesn’t have a monetary system, so that option is not available to work with. But, the government can show more zeal for economic development in more pragmatic ways, by creating a more functional business environment in which firms can grow.

It has made strides in some areas – especially in starting businesses. But, the gap between adopted legislation and reality remains wide. It is still difficult for firms to obtain credit at reasonable interest rates in Kosovo, which hampers growth because firms need money to invest in their businesses. Paying taxes is still too cumbersome, securing permits for construction is a notoriously bureaucratic process, and so is contract enforcement and trade across borders.

In addition, Kosovo could help workers, and help employment grow, by improving labor-market legislation. Greater protection of workers might lower the turnover and encourage firms to invest more in their staff. While Kosovo lacks the mechanism of currency depreciation to maintain competitive wages, it can work to improve its labor and social security taxes to help firms maintain competitive wages for their workers. Finally it can also look into designing more effective unemployment benefits and create positive incentives for job searching.

All these standard short-term reforms should run alongside longer-term educational, political, legal and other institutional reforms. While the benefits of road and infrastructure investments are hard to see in the short run, they are important in the long run in helping the country to integrate with its neighbors and facilitate regional trade.

Having said that, other sectors of the economy, including education, healthcare, energy and the environment are equally important for long-term growth. Ultimately, Kosovo’s biggest problems are too deep to be fixed by just tinkering with them on the margins. Politicians should adopt a transformational vision for the country. They need to engage with zeal and passion on multiple fronts and so propel the country in a safer, more stable direction.