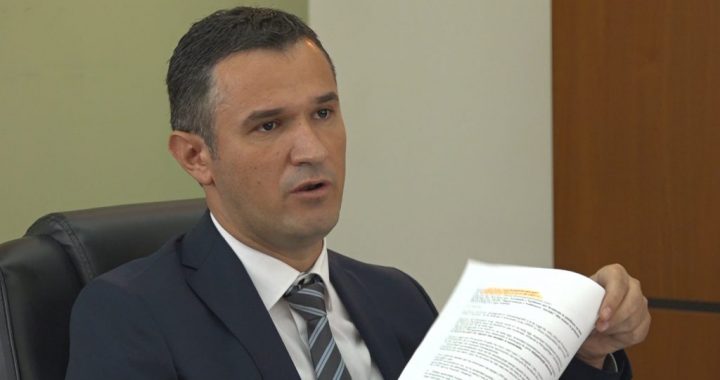 Kosovo’s Anti-Corruption Agency failed to consider the Law on Publicly Owned Enterprises in its official opinion on the case of Sejdi Hoxha, who is currently both the executive director at Kosovo Post and head of the Drenas branch of PDK.

On July 18, 2019, referring only to the Law on Prevention of Conflict of Interests, the Anti-Corruption Agency found that the election of Sejdi Hoxha as head of the Drenas branch of the Democratic Party of Kosovo, PDK, in May 2019 while also holding the position of executive director at the Post of Kosovo, does not constitute a conflict of interest.

Back then, the Agency gave an ‘ex-officio’ assessment, stating that board members should be independent and should not have held any political positions in institutions, or any leadership positions in political parties, in the last 36 months.

BIRN asked the Anti-Corruption Agency for further clarification in order to shed some light on why the case of Sejdi Hoxha was not assessed based on the Law on Publicly Owned Enterprises, as well as if the Agency is now limited in its mandate to interpret only the Law on Prevention of Conflicts of Interest.

The Anti-Corruption Agency said that their mandate to make interpretations is not limited to the Law on Prevention of Conflicts of Interest, as they have in their opinion on the Sejdi Hoxha case. “In regard to additional explanation on the opinion on the Hoxha case, the Agency’s declaration is that it provides its opinions and recommendations on the Anti-Corruption Agency’s basic laws and other applicable legislation,” the response reads.

The former director of the Anti-Corruption Agency, Hasan Preteni, told BIRN that the Agency has an obligation to interpret all applicable laws dealing with conflicts of interest, and not just the Law on Prevention of Conflicts of Interest.

It was when Preteni was in charge that the Anti-Corruption Agency released the 2016 opinion based on the Law on Publicly Owned Enterprise, requiring from the institutions to avoid the selection of politically affiliated individuals for positions on boards.

“One has the right to deal with politics”

The Chairman of the Kosovo Post board, Halit Isufi, has said that he welcomes the Anti-Corruption Agency’s opinion, and denied the case shared similarities with that of PDK official Blerand Stavileci’s attempts to run for the directorship of the Kosovo Energy Company, KEK.

Last year, a legal interpretation by the Office of the Prime Minister and the Ministry of Economic Development prevented Stavileci from entering the race for KEK director, as it was confirmed that senior officials of publicly owned enterprises should be independent, as required from other members of the Board of Directors of publicly owned enterprises.

Isufi felt the case was different, as Hoxha was already under contract at Kosovo Post when he became head of the PDK branch in Drenas, and added that he believes the Law on Publicly Owned Enterprises neither prohibits nor clarifies the case of Sejdi Hoxha.

However, Isufi conceded that Hoxha could not have been elected as executive director if he were the head of the PDK branch in Drenas at the time of his appointment.

“He [Sejdi Hoxha] was completely independent, but over the course of a five-year contract, one has the right to deal with politics or other issues,” Isufi said. “But he would not be able to become executive director, if, back then, he would have had these circumstances, in other words, becoming executive director from the position of a head of a political entity branch.”

A similar case to Sejdi Hoxha is that of Shekip Fazliu, a secretariat at Kosovo Telecom, who on June 23 was elected as chairman of the NISMA branch in Skenderaj.

Both Sejdi Hoxha and Shekip Fazliu have denied being involved in a conflict of interest.

“I know I am not in a conflict of interest and that’s why I entered this race,” Shekip Fazliu told BIRN. “I’m not a person who gets paid by the political party or by another salary. It’s a volunteer job that I do. I asked for an opinion. And the answer is that there is no conflict of interest.”

Hoxha also denied any conflict of interest. “I have received an interpretation from the Legal Office of the Post of Kosovo which considers that there is no conflict of interest. In addition, I will consult with other institutions,” he wrote on Facebook, pledging to implement every legal decision.