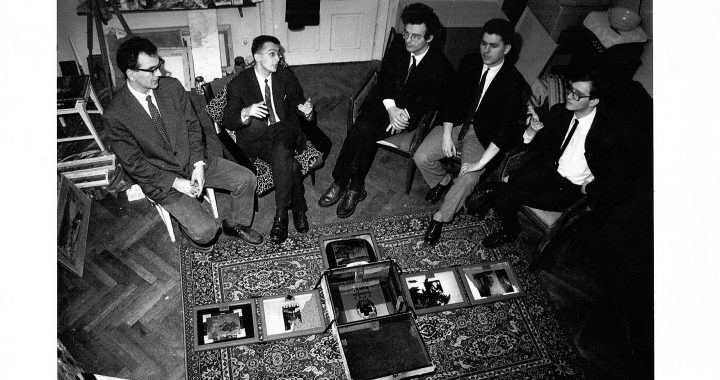 A joint Slovenian and Kosovo project is symbolically declaring an ‘independent state’ on a hill near Prishtina utilising an unused public property on the outskirts of the capital.

Slovenian art collective IRWIN and the Epifani Institute from Kosovo on July 19, at 18:00, will unveil the joint project, “NSK Territory Prishtina”, aimed at promoting the better use of public spaces.

IRWIN and Epifani Institute will unveil their project at the “On Top Residency” of Fatmir Mustafa-Karllo, where a small plot of land in Butovc village near the city will be declared an “independent state”, as a sign of telling that  the State “does not exist in space but in time”

The practice follows IRWIN’s previous artistic explorations into issues of the state, its institutions, and their symbols.

For IRWIN, the NSK [Neue Slowenische Kunst] State “does not exist in space but in time,” and any place can become part of it, “under certain circumstances and for a certain period of time.”

The collaboration with Fatmir Mustafa Karllo’s On Top Residency, utilizes an unused public property on the outskirts of Prishtina, on a hill in Butovc, along Kavaja Street.

The location is marked by white flour that serves as a sort of a border,  transforming the space into an “outdoor” gallery.

One of the reasons why Mustafa-Karllo chose this land for his artistic initiative is its picturesque location, with a great view of Prishtina, especially at sunset.

“Unfortunately, this also makes it a perfect location for the construction of luxury apartment buildings or high-end villas. Such a move would destroy and negate its very beautiful nature in the first place. We should constantly work towards raising awareness against the commercialization of public space,” says Mustafa-Karllo.

According to him, the construction of such buildings may be inevitable, but would cut off access to these views and to this nature for the majority of the people.

And so, the main purpose of On Top Residency is the preservation, promotion, and use of public spaces and nature through artistic and cultural activities.

In this case, it was a preemptive artistic appropriation of the land before the “big” usurpers made their move.

This is a reference to Kosovo’s post-war property usurpation by construction tycoons.

IRWIN are also co-founders of the Neue Slowenische Kunst, a political art collective with works such as NSK State in Time, which explores and challenges the ideas of the sovereign state.