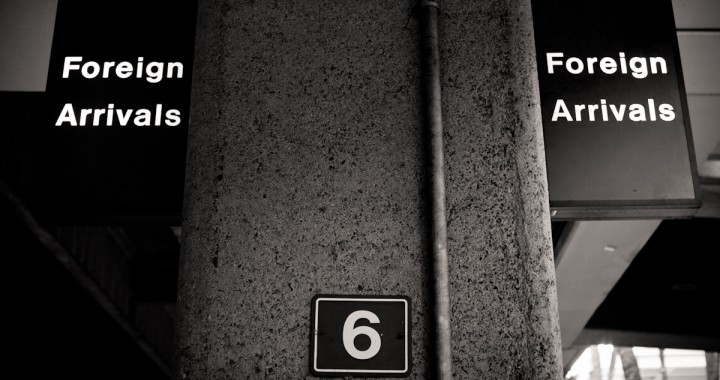 An awkward conversation about foreigners and Kosovo

Foreign journalists and academics often assume that local insight is a collegial hospitality and should be given for free. This results in a lot of uncredited and undervalued hard work.

Kosovo is the perfect playground for foreign journalists and academics. The country is filled with stories that rarely garner attention abroad, unless they’re about terrorism or violent protests. I used to be of the opinion that no matter what, it’s important that foreigners researching or reporting on Kosovo be assisted in talking to the best sources and reading the best material. After four years of living and working here, I can’t say I feel the same way.

Before I give you my laundry list of complaints about foreigners and how they use and abuse local sources, my caveat: there are numerous foreigners in Kosovo who have made meaningful attempts to understand this country and tell our stories responsibly. I’m married to one, who also is a journalist, and the early days of our relationship definitely involved angry explanations on my part about some aspect of life here that Nate simply couldn’t understand. But, he listened, even when I was wrong or we couldn’t come to an agreement. The act of listening with respect is what makes the difference between those foreigners who have come to consider themselves Kosovars by proxy, and those for whom this place is just a pit-stop in their career trajectory.

For example, a foreign woman I’ve never met wrote to me on Facebook recently, asking for an overview of Kosovo’s transitional justice issues and whether I had any ideas on a longform piece concerning such issues.

For another foreigner, I spent time compiling a list of names and biographies of young and bright Kosovars for a meeting in the US on the future of Kosovo, only to be told that none of the names I suggested (and in fact, no Kosovars) would be invited due to travel costs.

Or there was that time when a foreign journalist reached out to me asking for help on an article on sexual education, a topic I had already covered. I happily shared my sources, making introductions and coordinating a meeting for her story. Our communication abruptly ended after the article was published and my help was no longer needed.

And maybe the most ridiculous situation I put myself in was the time I was invited to meet with a group of foreign journalists, only to realize at the meeting that I was to give a brief spiel on Kosovo to a group of individuals participating in something called “Political Tours” – a travel package involving journeys to the world’s most “exotic” post-conflict parts of the world. As they ate their lunch, they nodded and listened to me list off Kosovo’s many social and political problems.

In most of the above situations, I now believe I should have been compensated for my time. It’s difficult to write about this without sounding petty, but the simple reality is that these “collegial” tasks take time and energy. And perhaps more importantly, situations like the above undercut local journalists and researchers. Our sources are hard-gained, the result of numerous efforts to make contact and gain trust. Our expertise is the result of long-term study, of reading reports and analyzing data. The number of foreigners in this country and abroad who assume that our time and resources should be freely requested and freely given is too high.

On the flip side, in a society this small, the “turf wars” that pop up in civil society and media circles can mean that it’s easier for a foreigner to access sources and information. If you work in either of these fields, ask yourself if your foreign colleagues have been given the benefit of the doubt for their mistakes (or plain ignorance) when you would have been burned at the stake. Or if doors magically open for a foreign colleague because of who they are. Or if your employers assume that you can’t do certain tasks, but your foreign colleague can. Or if they’re granted extra assistance because they need someone to make phone calls for them, set up meetings for them, and explain this country’s recent history and politics to them.

But in between, there’s a grey area of our own incompetence and foreign exploitation of local knowledge and resources. How many well-meaning foreign projects get off the ground, employ and underpay the talents of young Kosovars and then are effectively abandoned or run to the ground? How many times can a foreigner come to Kosovo, pad their CV with real “on the ground” experience in a “post-conflict” country and then fly back to wherever they came from? Can we admit that in some (if not too many) cases, the criteria we lay forth before a Kosovar employee and a foreign employee are different? Can we admit that the real work that we have to do is to not depend on foreign expertise, but foster real professionalism right here? If we fail to do just that, we will end up having our stories told for us through a limited and incomplete lense.

The most frequent example of this is obviously Carlotta Gall’s New York Times piece on Islamic terrorism in Kosovo. Despite her extensive reporting, Gall felt confident in making the sweeping claim that Kosovo has become a “font of Islamic extremism” that has turned its back on the West. This underlying assumption, not supported by her own reporting, skewed what otherwise would have been a legitimate (albeit several years out of date) article on the presence of radical Islam in Kosovo. Gall’s article has been deconstructed already by Shpend Kursani and Lydia Wilson, but when the world is presented with a damning article in the venerable New York Times, their responses are easily brushed aside.

This conversation is an awkward one to have, but it ultimately isn’t about foreigners per se: what this really is about is the way Kosovars value the labor of their own compatriots. This conversation would have to acknowledge the fact that Kosovars create and sustain toxic work environments as a rule – even in the white collar sector of nonprofits, think tanks and research papers. We mistreat and undervalue each other in ways we wouldn’t consider inflicting upon an outsider. Our shortage of professional local labour is most certainly attributable to our poor education system and a whole host of other social and political factors, but we also carry part of the blame for relegating Kosovar employees to a “lesser than” status.