From dancing by candlelight after the Kosovo War to practicing in a small, bare studio, the Balkans’ smallest ballet troupe marks its anniversary with a tip of the hat to traditional dance.

On September 21, the National Ballet of Kosovo will celebrate its 45-year anniversary. Founded in 1972 when Kosovo was still a part of Yugoslavia, the troupe was not allowed to perform in the early 1990s while under Serbian occupation, and many of the dancers were forced to train outside of Kosovo. After the end of the 1998-99 Kosovo War, the National Ballet of Kosovo returned to the stage at the National Theater in Prishtina under the leadership of Ahmet Brahimaj, a former dancer of the the 1970s.

“We started from scratch after the war; the buildings were all destroyed and my generation was simply old, but fortunately we still had the knowledge on how to develop the Ballet. So we [the old generation] transferred our knowledge to them [the new generation], which made it easier for them even though the conditions were hard,” said Brahimaj from his office inside the National Theater.

Today, there are 22 female and male dancers: some of the dancers are siblings and others even husband and wife. Most of them learned how to dance in their teenage years, unlike other dancers from ballet troupes around the world who start training at an early age.

Despite its small size for a national ballet – according to Brahimaj, it’s the smallest in the Balkans – it has emerged as a source of cultural pride for Kosovo.

“It’s my honor to be part of the National Ballet of Kosovo. We grew up together and we are like a family. We love each other, sometimes we fight, but it’s ok,” said Jeta Musolli, 28, whose brother Kreshnik is also a dancer. “It’s a great feeling when we can go to another city or festival and tell the world that Kosovo has a national ballet. We try to represent our country with much respect.”

After the Kosovo War, Leonora Rexhepi, 30, had to practice in the dark with candles. Over the last 17 years, she’s welcomed new dancers to the fold. 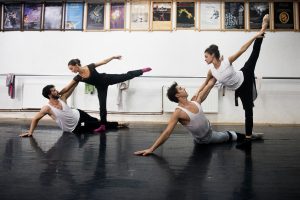 “I feel great that I witnessed new [dancers] coming in and joining our troupe,” she said.

The dancers practice and rehearse in a small, bare room underneath the National Theater. They still don’t have a live orchestra to perform with, but are determined to be recognized as an emerging ballet troupe.

Against a backdrop of political crises, visa restrictions, and lack of employment opportunities for youth, the dancers have brought a world of diverse dance movements to the stage. Since 2001, they have given 41 premieres and cooperated with dozens of choreographers from around the world, ranging from Cuba to Russia, the U.S., Europe, and Asia.

“More of the public is coming to see us. They appreciate the work we are doing,” said Sead Vuniqi, 27, who was training to become a professional football player before making the switch to ballet 11 years ago. He also met wife and fellow ballerina, Vlora, at the ballet. “This anniversary will happen only one time in your life. I am so excited and I hope the public will enjoy it as much as we enjoy dancing.”

Male dancer Fatmir Smani, 23, said that his friends didn’t understand what the ballet was before he joined the National Ballet four years ago and poked fun at him. But now, people are excited to see him perform. 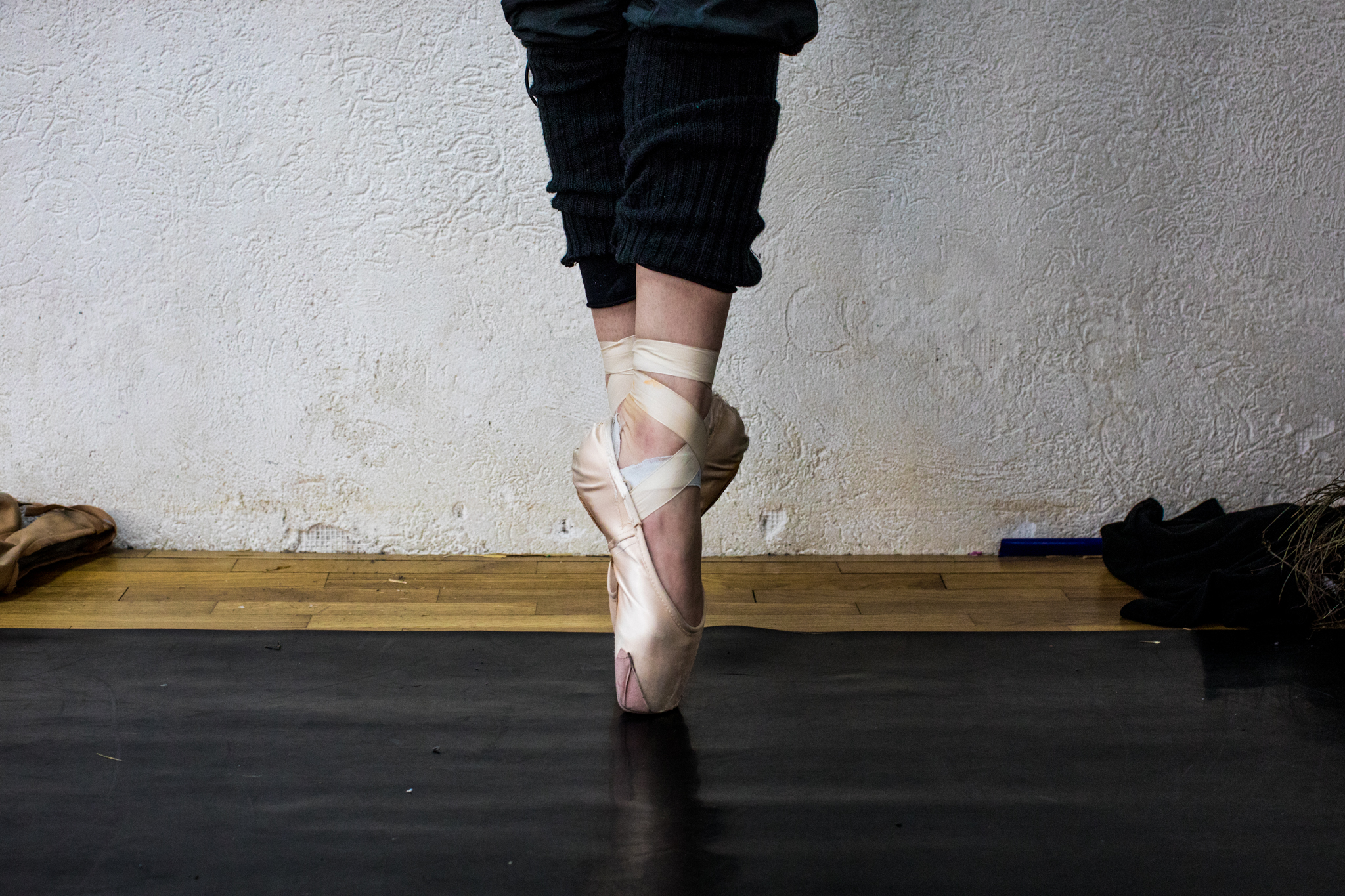 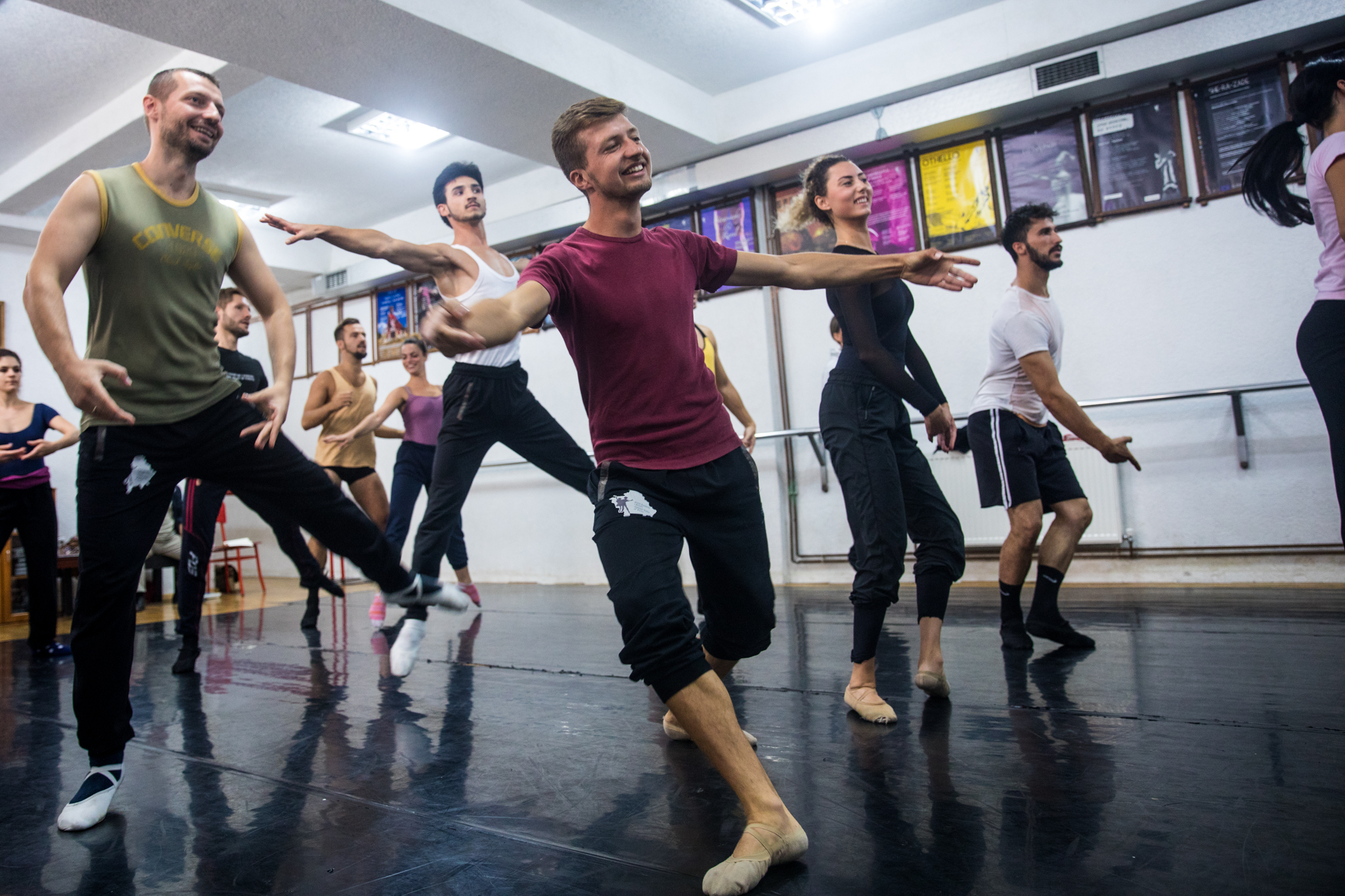 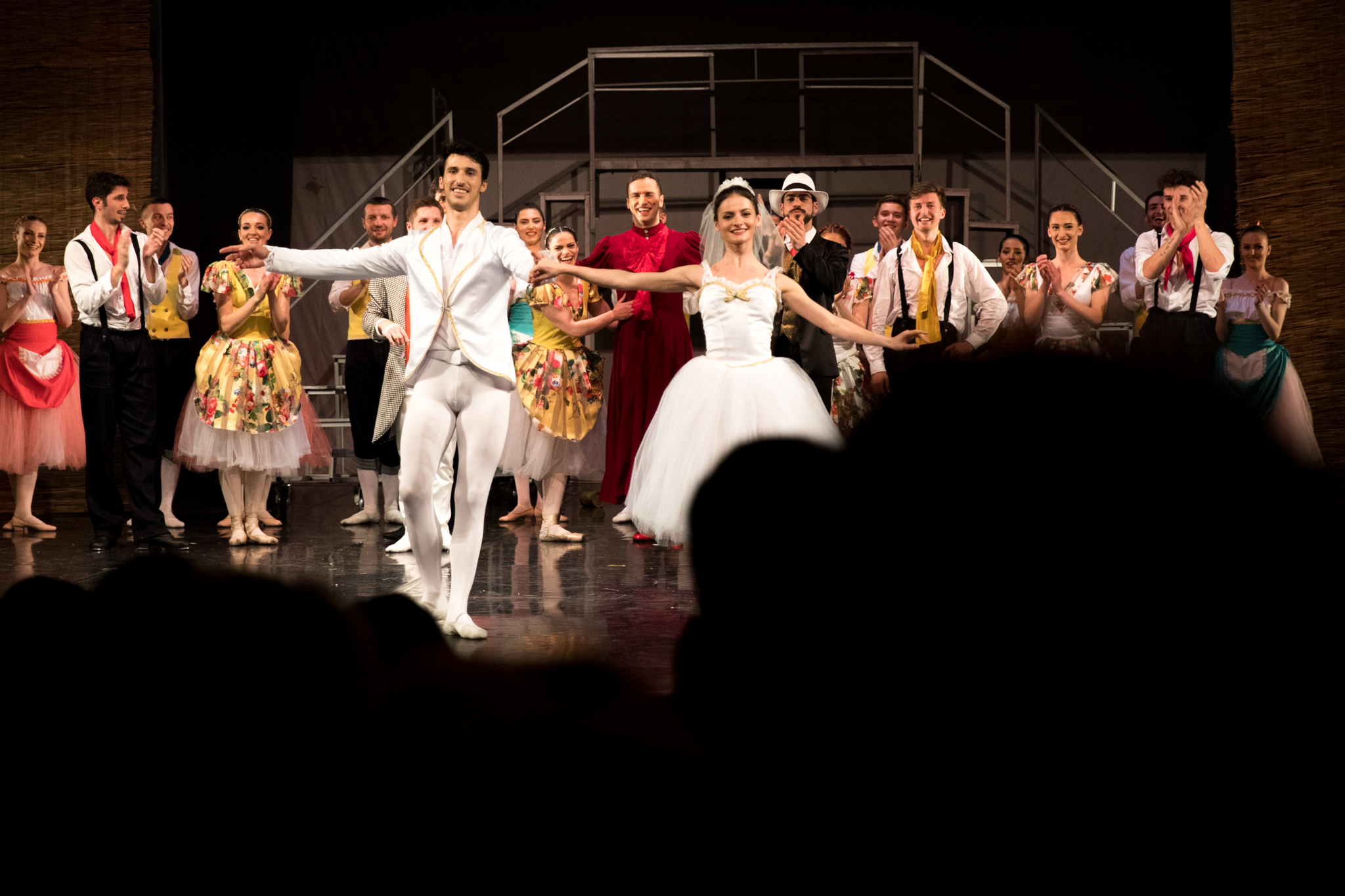 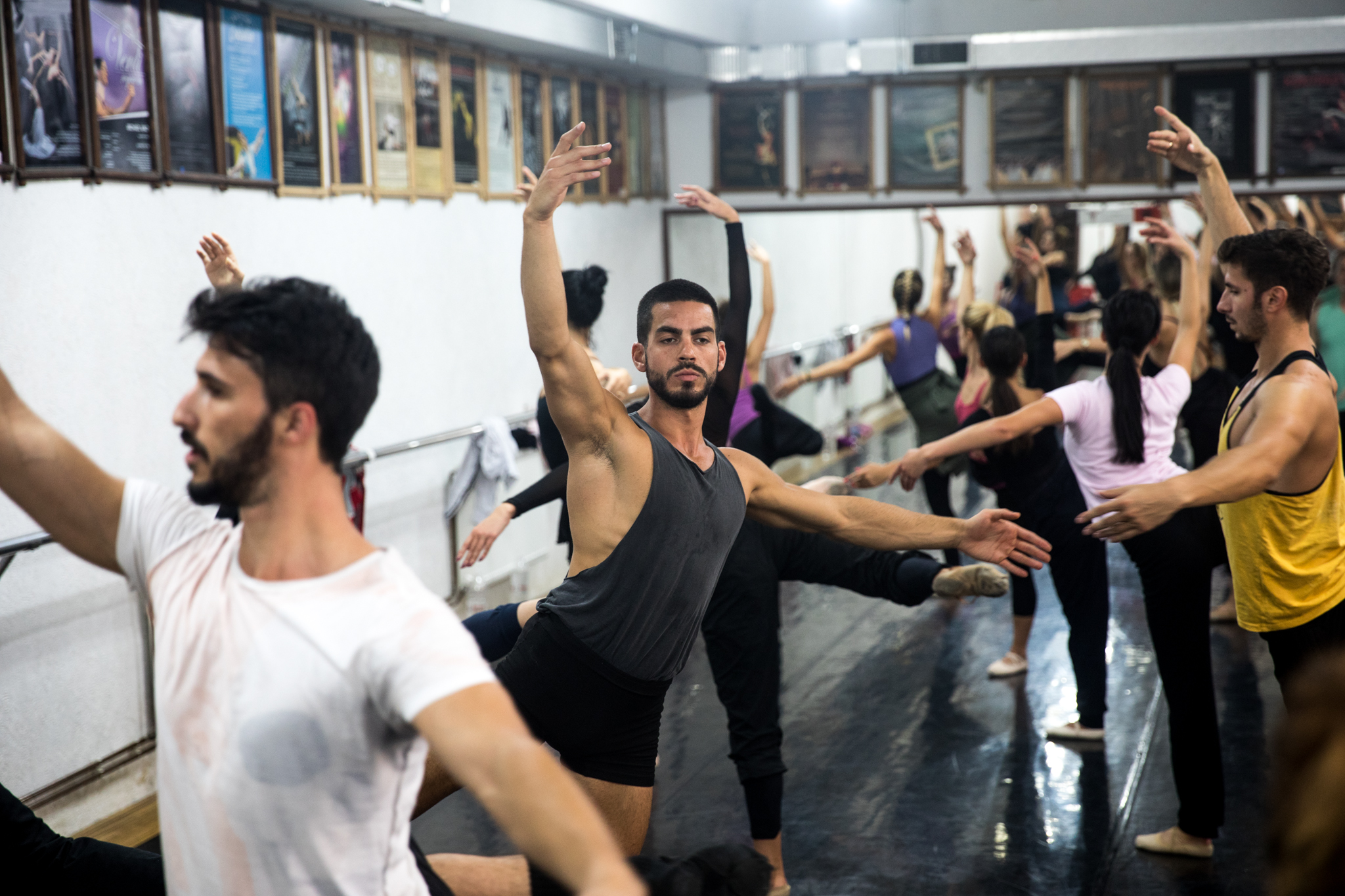 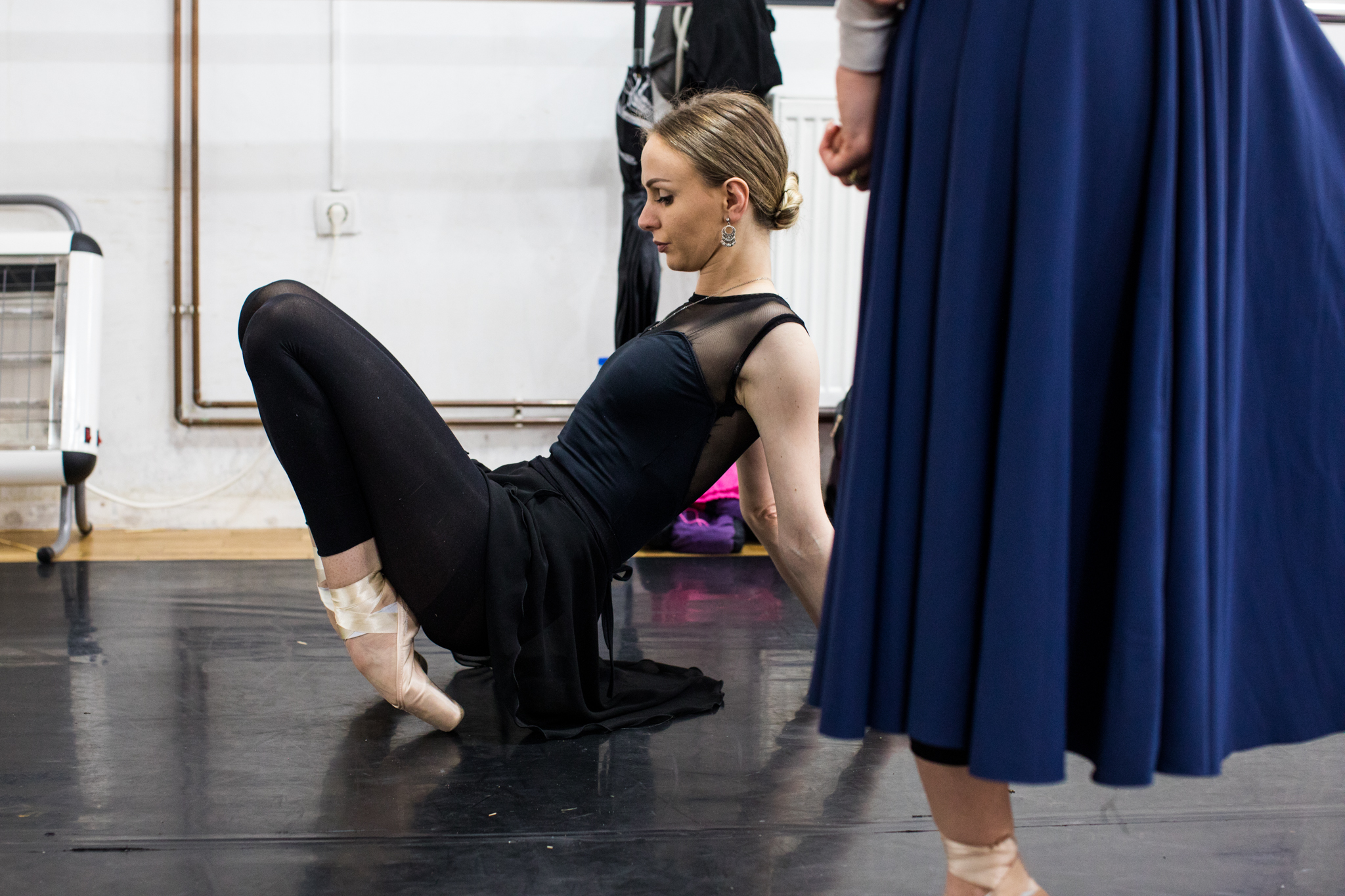 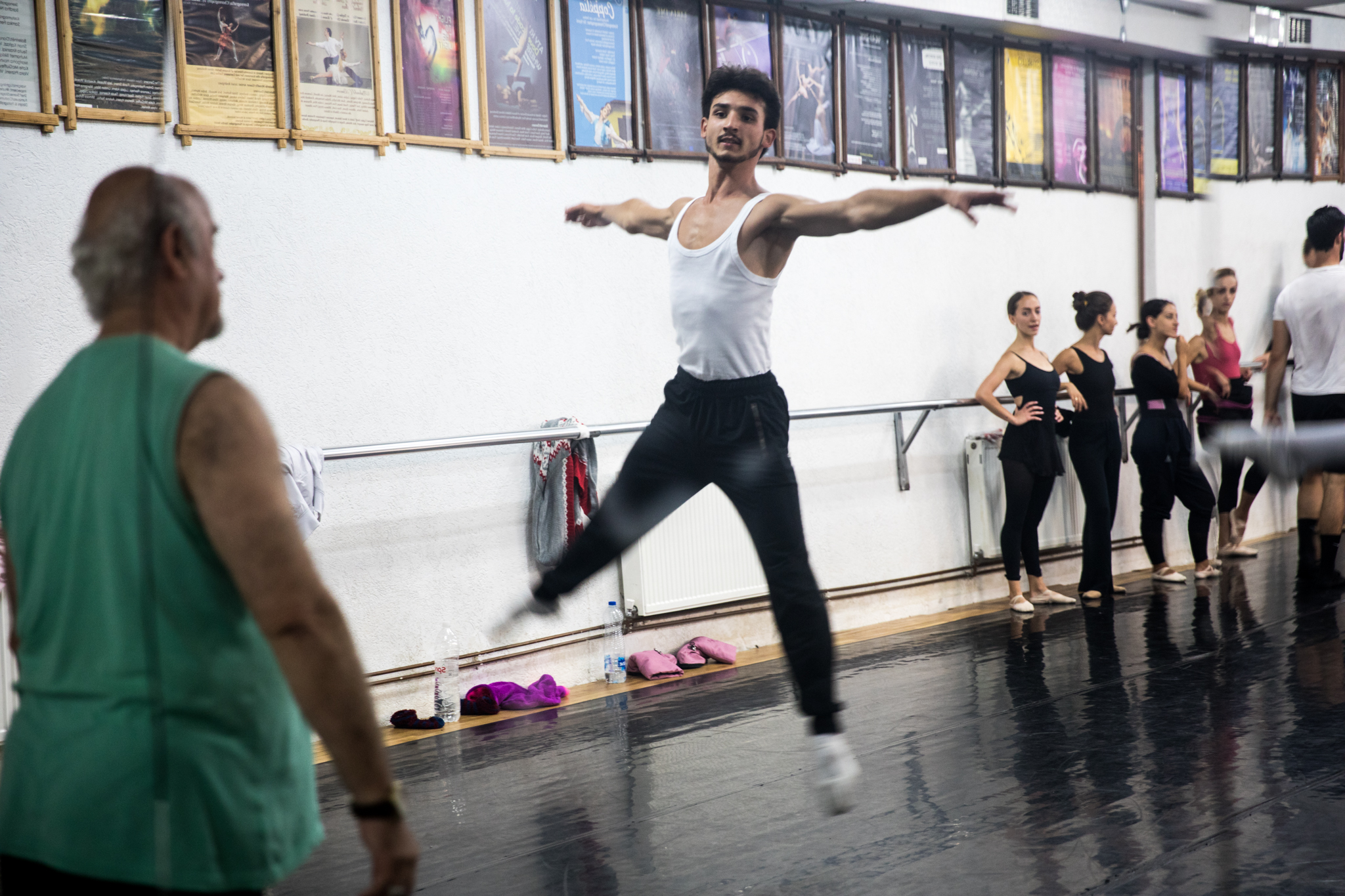 The 58-minute premiere for the 45th anniversary on September 21 is called “A Legend of Love” and it will be a mix of traditional Albanian folk dancing and classical styles. It is choreographed by Pellumb Agalliu, a former ballet dancer from Albania who has lived in Baku, Azerbaijan for the last 24 years, and is the main choreographer of the Azerbaijan State Academic Opera and Ballet Theater.

“We have a very limited budget for our anniversary, but it’s our responsibility to honor the old generation and for us, too, to have a monograph for this 45th anniversary,” said Brahimaj, the director.

One of the rising stars in the Ballet is 28-year-old Teuta Krasniqi. She started dancing at 16, but has already had 10 solo roles in the past six years and is now on track to become the Ballet’s first female choreographer. 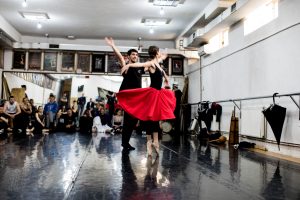 Looking forward, the ballet dancers hope they can perform at their own opera house and ballet theater in Prishtina and train at a bigger studio. But until the government can provide additional resources to its national ballet, the dancers will keep performing.

“We try to do our best even with these conditions. Because if we wait, we will become older, and then we cannot dance anymore,” said Musolli.