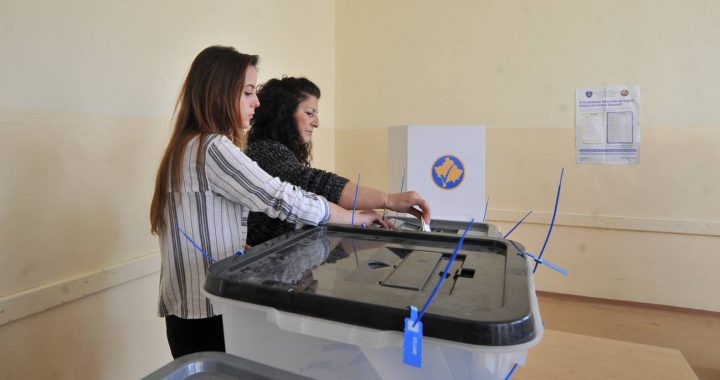 Belgrade calls for ‘unity’ of Kosovo Serbs around Srpska Lista

Serbian state reiterates support for Srpska Lista after a coalition of Kosovo Serb politicians announce plans to run against the party.

The director of Serbia’s so-called ‘Office for Kosovo and Metohija,’ Marko Djuric has called for “unity” among Kosovo Serbs and urged them to cast their votes for Srpska Lista in October’s parliamentary elections in Kosovo.

“It is extraordinarily important for Serbs in Kosovo and Metohija to be as one body, unified against Albanians and others,” Djuric said. “That’s why Srpska Lista is an important instrument of the state of Serbia, Belgrade – for cooperation and communication in the fight for our interests.”

Djuric’s reaction comes after a number of Kosovo Serb politicians, including former MPs Nenad Rasic, Slavisa Petkovic, Dragisa Miric and Rada Trajkovic, formed a pre-election coalition on Wednesday, which will run against Srpska Lista in the upcoming elections.

“Our long-term and strategic goal is to create dignified living conditions for Serbs, and their social, institutional and economic development, which should be the main support for the remaining Serbs in Kosovo,” reads a joint statement made after the coalition was signed.

Srpska Lista has been backed by Belgrade since 2013, and has scored landslide electoral victories ever since, with critics arguing that this leaves little room for other representatives for Kosovo Serbs. In the last legislature, nine of the 10 seats in the Assembly reserved for the Kosovo Serb community were filled by members of Srpska Lista.

The domination of Srpska Lista is not only in central institutions of Kosovo but also in the country’s municipalities with a Serb majority population.

In the snap mayoral elections held in May this year, Srpska Lista won the mayorship of all four northern municipalities, with over 90 per cent of the vote, while five of the six Serb-majority municipalities in southern and central Kosovo are also led by a mayor from the party.