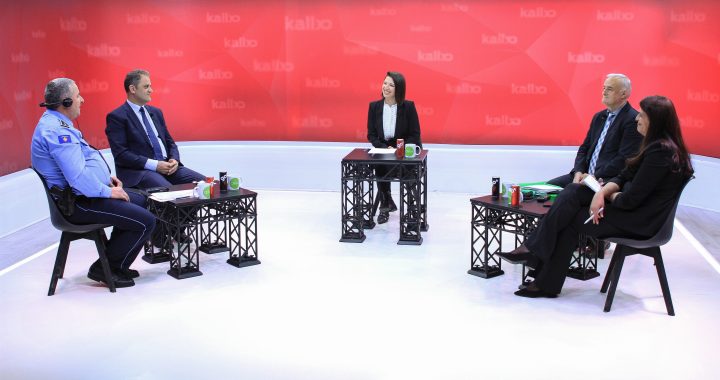 In a BIRN-hosted debate, officials from Kosovo Police and local and central government discussed issues relating to the country’s roads, where more than 70 people died in traffic accidents in 2020 alone.

Despite the lockdowns and restrictions on movement that characterised last year, there were still 72 deaths as a result of traffic accidents in Kosovo in 2020, an average of more than one per week.

Appearing on BIRN’s KALLXOPernime (Tell For Real) show broadcast on Tuesday night Goran Stojanovic, the Chief Director of Road Safety within the Kosovo Police stated that “irresponsibility” from drivers was the main cause of the high number of accidents.

However, as well as human behaviour, numerous other factors also cause issues on Kosovo’s roads, including absent traffic lights and poor maintenance and construction.

According to Male Lokaj, the acting Director of Road Management at the Ministry of Infrastructure, in the last three years the ministry has even faced obstacles installing traffic signs.

Lokaj revealed that 37 percent of Kosovo roads under the management of the ministry are not replete with road signs, blaming this failure on issues in the tendering process.

“The reasons behind this were complaints by operators who applied for tenders, which prevented the ministry from signing the contract that would enable the installation of traffic signs,” he said.

Mexhide Demolli-Nimani, the executive director of anti-corruption NGO Levizja FOL, backed the minister on the tendering issue, but insisted that as well as bureaucratic obstacles, there were also serious problems with road construction and maintenance.

“The floods that we’ve seen recently whipped out bridges and roads,” she said.

“We’ve seen damage to roads just weeks after projects were completed and even flowers appearing above the asphalt!” Demolli-Nimani added, criticising the inspectorate for failing to penalise companies who did not meet the required quality standards.

Srdjan Simonovic from the Human Centre Mitrovica NGO agreed with Demolli, adding that in Kosovo’s four northern Serb-Majority municipalities the situation is even worse.

“I don’t think anything ever changed with road maintenance, as we don’t know who is responsible for taking care of the roads,” he said. “The infrastructure in north Mitrovica is terrible. There are no road signs, no traffic lights.”

Simonovic added that poorly constructed and maintained roads lead to more taxpayer money being spent due to the need for constant repairs.

The debate also focused on a positive example of road safety improvement in the Municipality of Prishtina, where well lit pedestrian crossings have been introduced in recent years.

The move was hailed by all panelists, while Bajrush Ymeri, the deputy mayor of Novo Brdo, said that such a project would be welcomed in Prishtina’s neighbouring municipality.

However, Ymeri added that he lacked the budget or state support to implement road safety projects. “6,000 euros for such a project is not a big sum of money,” he said. “We wrote to the ministry for help with such projects but we did not receive an answer.”