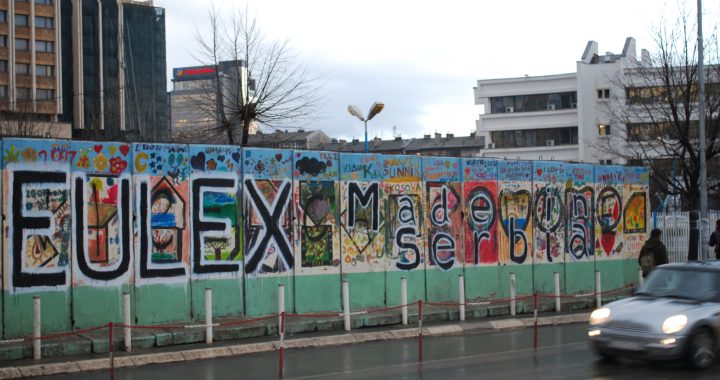 A little-known British lawyer rose to become one of Kosovo’s most powerful judges despite lacking the credentials to serve as an international judge and following controversies stemming from his previous posts in the Western Balkans.

Malcolm Howard Simmons has ruled on many critical cases in Kosovo and Bosnia and Herzegovina during a span of at least 11 years, even though he never sat on the bench in his home country of the UK. Substantial experience and training typically is a prerequisite for such international judges.

Despite lacking this background, Simmons has served on many courts in Kosovo, including the Supreme Court, as well as a Bosnian war crimes tribunal, according to court records and media reports. Perhaps most notably, he was the presiding judge in the 2013 acquittal of Fatmir “Commander Steel” Limaj and nine other former members of the Kosovo Liberation Army. The so-called “Klecka” case is considered by the Humanitarian Law Center to be among the most important war crimes trial in post-war Kosovo.

Simmons also sat as the presiding judge at the Kosovo Supreme Court during a 2015 war crimes case, and issued rulings on criminal cases in 2013 and 2014 involving the illegal smuggling of migrants in and out of Kosovo.

In 2014 Simmons was appointed President of Judges at the European Union Rule-of-Law Mission in Kosovo, EULEX. He had been seconded to EULEX in 2008 by the UK’s Foreign and Commonwealth Office, FCO. He resigned this past Thursday after making allegations of misconduct within EULEX, as first reported in Le Monde. In a statement released later in the day and reported by various outlets, EULEX said Simmons himself has been under “a series of independent investigations into serious allegations against him” during the past year.

Headquartered in Kosovo’s capital of Prishtina, EULEX was established in 2008 to help the newly independent country set up courts, prosecutors’ offices and police departments that meet European standards, free from political and criminal influences. It is EU’s largest foreign mission with 800 staffers and an annual budget of 63 million euros.

EULEX has been the source of several scandals in recent years, including allegations of bribery, corruption, cover-ups and whistleblower retaliation. The Simmons revelation is the latest controversy that raises questions about the agency’s operations.

Though the most powerful judge at EULEX, Simmons never served as a judge in England or Wales, according to the UK’s Royal Courts of Justice. Under a 2000 UN regulation, international judges are required to have at least five years of experience as a judge in their home country before being stationed in Kosovo.

Moreover, Simmons has never been registered as a barrister, according to the UK’s Bar Standards Board and The Bar Council. He was registered as a solicitor in November 1992, but his practicing certificate lapsed in 2000, according to The Law Society. Within the UK system, solicitors typically spend little time in the courtroom and are less qualified than white-wigged barristers, who are endowed with the privilege of arguing cases in court.

While Simmons had no judicial experience in his home country, other current and former EULEX judges include those who worked for Italy’s Supreme Court, the Supreme Court of the German state of Thuringia, regional appeals courts in Bulgaria, and criminal courts in Turkey.

Simmons did not respond to requests for an interview. EULEX officials would not explain how and why he was selected to be a judge in Kosovo, or whether they were aware he lacked prior experience in the UK. EULEX referred questions to the FCO, which in turn referred questions to the EU. Neither EULEX nor FCO officials would comment on Simmons’ background, experience or training, and would only say that the situation is under investigation.

Malcolm Simmons is a high-ranking public official with significant responsibilities to four institutions: Kosovo’s judiciary, EULEX, the UK’s FCO, and the EU itself. Like all individuals in such prominent positions, his biography should be readily available. Yet, very little information on his professional experience, training and educational background has come to light.

What is known about Simmons has been compiled without input from EULEX or the FCO, which would not provide information on his experience or credentials.

According to a January 2004 article in Law Gazette, Simmons left a solicitor’s post at a now-defunct London law firm in 2001 to join the international rule-of-law mission in Sarajevo. Simmons told the publication he was one of eight international judges and lawyers dispatched to the newly formed High Judicial and Prosecutorial Councils to help reform Bosnia’s judiciary system. Though lacking any experience as a judge in the UK, he also was selected as an appeal judge for the councils, the article said.

In 2006 Simmons was appointed as a judge on a Bosnian War Crimes Court and a Crime and Corruption Court. Despite having no prior experience as a judge in the UK, Simmons was called an “international judge” in the appointment document signed on 5 May 2006 by then-High Representative for Bosnia and Herzegovina, Christian Schwarz-Schilling.

After finishing his mandate in Bosnia in 2008, FCO seconded Simmons to EULEX, where he was promoted to President of Judges in 2014.

Bosnian court records show Simmons identified himself with the academic title “Dr.”, which he dropped after moving to Kosovo. Neither EULEX nor FCO would not confirm whether Simmons received such a degree and, if so, where.

Simmons’ role in several high-profile cases has drawn public criticism. These include the case of Hasan Cengic, former deputy defense minister of the Federation of Bosnia and Herzegovina who was acquitted on all charges of abuse of office in 2005.

Simmons also presided in Bosnia over the case of Zijad Poljo, who was accused of evading 800 million euros in taxes. Even though another accused person in the case admitted to guilt, the trial was postponed due to administrative obstacles.

In 2005 Simmons served as president of a three-judge panel that convicted Ante Jelavic, former Chair of the Presidency of Bosnia and Herzegovina. Jelavic was found guilty of abuse of office and sentenced to 10 years in prison, though he was at large at the time. The conviction was overturned a year later due to violations of criminal procedures at the first trial.

Simmons’ performance drew criticism from Meddzida Kreso, then-President of the Court of Bosnia and Herzegovina. Kreso publicly opposed extending his mandate in May 2006, expressing dissatisfaction with his work and calling for the protection of an independent judiciary.

“We heard that one of the judges had never been a judge (in his home country),” Kreso said. “He wasn’t acquainted with Bosnian law, nor was he willing to become acquainted with it. He was even unwilling to consult domestic law. I learned this from local judges he worked with.”

Kreso’s opposition to Simmons led to a major dispute with then-UK Ambassador Matthew Rycroft, currently the UK’s Permanent Representative to the UN. Rycroft prevailed in the standoff and Simmons was appointed as an international judge that same month.

“When his mandate expired, I was against extending it because of certain omissions he had made,” she added. “Despite this fact, he was appointed further and continued to work at the court.”

Natalia Zaba is a journalist and interpreter from Poland, based in Belgrade. She covers Western Balkan and Central European affairs for a wide range of regional and international media outlets.

The piece was originally published by the Southeast Europe Coalition on Whistleblower Protection on November 16.

Featured image: “EULEX Made in Serbia mural” (CC BY 2.0) by jonworth-eu 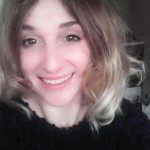