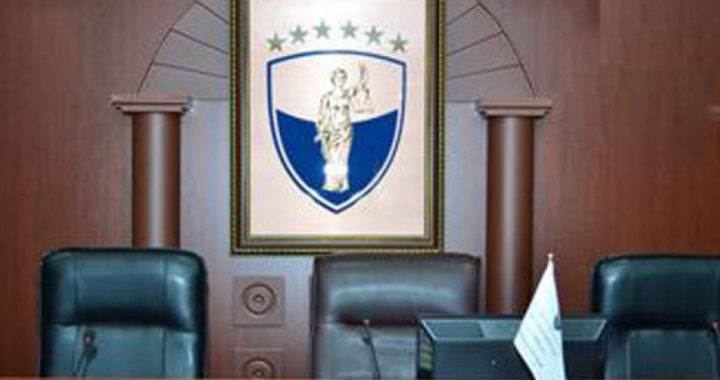 A decree from President Hashim Thaci proposing Avdullah Hoti as Kosovo’s next Prime Minister has been suspended by the Constitutional Court pending a review, halting plans to form a new government.

Kosovo’s Constitutional Court has approved Vetevendosje’s request to impose a temporary measure on President Hashim Thaci’s decree proposing Avdullah Hoti as the country’s next Prime Minister, suspending its implementation until May 29.

Vetevendosje submitted a request to review the constitutionality of Thaci’s decree to the court on Thursday, which included a request to apply an interim measure while the case is evaluated.

After receiving comments from the President, the Speaker of the Assembly, the Prime Minister’s Office and MPs before the deadline of 12:00 on Friday, the court upheld the request for the temporary measure by a majority of votes.

Kosovo President Hashim Thaci responded to the decision and called on all parties to respect the court’s decision. “Kosovo already has valuable experience in respecting all decisions and judgments of the Constitutional Court,” Thaci wrote on Facebook.

Thaci has been keen to push forward the formation of a new government ever since a motion of no confidence in the previous coalition government was passed on March 25. However, Vetevendosje, who finished first in October 2019’s parliamentary elections, has insisted that the only constitutional route out of the crisis is fresh elections.

Following Vetevendosje’s failure to nominate a candidate to mandate a new government, Thaci stated that he would offer a mandate to whomever could command a majority in the Kosovo Assembly on April 22.

Thaci formally proposed LDK’s Avdullah Hoti for the role on Thursday, following a letter from LDK leader Isa Mustafa assuring the president that a parliamentary majority was in place. Earlier that day, LDK submitted a request to hold an extraordinary session of the Kosovo Assembly on Saturday 13:00, with the sole item on the agenda the election of a new government.

Before the court’s announcement, Mustafa told the media on Friday that the party is ready to respect any decision, but believed that Vetevendosje’s request would be rejected by the court.

“We have no doubt that all the measures taken so far have been constitutional, including the president’s decree and the stages that have led to this decree,” Mustafa said. “But since the case has been initiated in the Constitutional Court, we will respect it.”