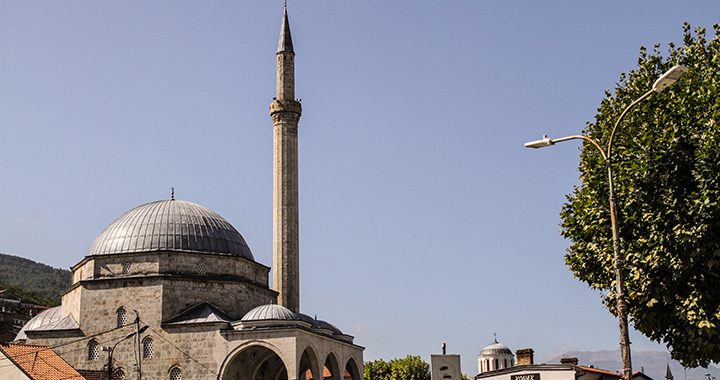 The Muslim world today is in trouble with the old religious decrees or “fatwas”, as they are known in Islamic religious literature.

Despite the efforts made in recent years, modern Islamic scholars have not yet established clear alternatives to the early interpretations given by Qur’anic scholars, whose thoughts and judgements on social regulation and organisation were directly influenced by the specific geographical and geopolitical circumstances of their time. The emphasis here is not on the core principles of Islam, but rather on how the Islamic  world has interpreted the Holy Qur’an and sayings of the Prophet Muhammad.

A large proportion of Muslim believers still believe that the most reliable and acceptable form of Islam is one that which is based in the religious interpretations and fatwas from the very first generation of Muslims, beginning with the Prophet Muhammad and which has been passed down from generation to generation until now. It appears as though the only desired textual interpretation of the Qur’an is the one that does not deviate from our Muslim community’s hereditary line and is not accepting new notions or interpretations of the sacred text. By holding this stance, the community continues to follow the old fatwas of certain scholars, which they consider to be an unalterable and inseparable part of their religious ideology.

Although a large part of the Muslim provenance believes that the holy Qur’anic text is immutable, even the process of thinking about the text is and should be evolutionary, because human development on the surface of the earth, as the term suggests, has never been and still is not static. This viewpoint is based on the logical and factual argument that people’s worldviews, their intellectual levels, their needs, challenges in new circumstances, and their scientific and technological achievements are constantly in motion and circulation. Today’s world cannot be managed and regulated with the mechanisms and worldviews from 14 centuries ago, just as that early world, 14 centuries ago or even earlier, could not be managed and regulated based on the troubles and pains of today’s world.

Regarding this problematic dilemma, today’s contemporary scholars and open-minded people within the Muslim world are continuously calling on Muslim believers to break away from the early religious decrees or fatwas that are absolute in their judgement and whose mandate, legitimacy and functionality has long expired. Instead, contemporary scholars and believers call for new interpretations that are relevant to the circumstances and requirements of today’s world.

Fatwas are religious judgements based on Islamic law that have been and still are issued by one or more Muslim scholars in certain circumstances. These fatwas may have been necessary and appropriate for the time and place in which they were first published and perhaps even beyond those time and geographic boundaries, but they are certainly not permanent, inviolable, or indisputable and shouldn’t be treated as such. Just as scholars do not have the status of holiness and neither do their interpretations, unlike the sacred text of the Qur’an and the sayings of Prophet Muhammad, which, being as they are the two fundamental sources of Islam, are considered to be accurate and true by all Muslims. The correct sayings of the Prophet Muhammadare known in the field of Islamic studies as ‘hadiths’ and are only those that are directly quoted from the Qur’an . There are groups, factions and sects in the Muslim world that evidently and undeniably use slanderous statements in the name of Muhammad.

Today, there are numerous, if not innumerable, new demands placed on people across the world, which were non-existent, say, 100 or 200 years ago. It can be said that, for many past historical generations, the current needs of contemporary societies were not yet known in name, let alone have any similarities, to earlier societies in neither content nor nature.

Religious law is known in Islamic literature as ‘fiqh’ and is a cultural expression of Sharia law , which in the Muslims’ religious belief is considered to be transcendental. During earlier Muslim generations, demands of the time, be they related to social or political regulation, became normalized within ‘fiqh’  and were formulated and written down by a Muslim leader or group of religious scholars, at a certain point in time in history, within a certain power structure, and under the influence of a certain local ruler.

In other words, fatwas or opinions on Islamic religious law are a product of people’s thoughts, formed within the bounds of the study capacities of those individuals and their schools of the time, which have no status of permanent continuity nor indefinite legal legitimacy. They have a place in Islamic literature, as part of the wealth of heritage of the ancient and classical ‘ulema’, but today, they can and should be read with and through the power of our capacity for research , and analytical and comparative intellect.

What attitudes should Albanians have, as members of the Islamic faith, towards the classical fatwas issued in ancient times and faraway places? For a believer of Islam, only the existence of God, the sanctity of the Qur’an, and the prophethood of the Prophet Muhammad are indisputable. Everything else that has sprung up in the name of Islam, be it a thought, hypothesis, or interpretation, should have its source discussed, analysed and verified for accuracy.

If any religious thought or interpretation that has received the status of a ‘fatwa’ contains elements of hatred, violence, murder, apostasy or blasphemy, then it should be automatically clear for a Muslim believer that it has nothing to do with the Islamic faith that is based on the Qur’anic text, nor on the correct prophetic ‘hadiths’.

Today, Albanian scholars of the Islamic religion have the ability to decipher the nature of fatwas and therefore have an obligation to do so. In doing so they, first of all, serve the Islam to which they are called upon rightly and objectively and, second of all, they contribute to peaceful, harmonious and interfaith coexistence within both the Albanian community  and the wider region within which they live and work.

1 A decision on a subject of Islamic law, given by a religious authority.