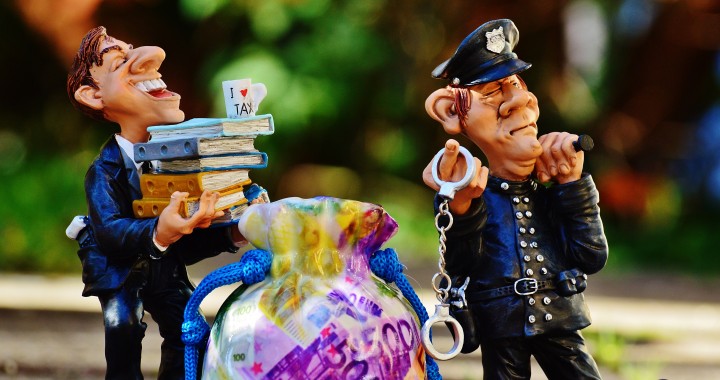 Image used under a CC license.

Corruption as a civic and moral crisis

Widespread corruption looks symptomatic of a major collapse of ideals and values. Preying on the weak, the desperate, and the sick, like vultures of a moorland, is not just a political failure, but an unpardonable moral transgression.

In January, Transparency International released its 2015 Corruption Perception Index, which tied Kosovo with Moldova for the 103rd place in the world. A year ago, Europe’s newest country shared 110th place with Albania, which in 2015 improved by 22 places to rank 88th. The other neighbors fared better: Montenegro (61st), Macedonia (66th), Serbia, (71st), and Bosnia (76th).  The ranking is based on perception and not factual data. As such, the Index has its methodological shortcomings and has been subject to serious criticism for its approach. Yet, the publication has become the best known and most cited corruption indicator receiving a great deal of attention from the media, academics, and the public. A low-ranked country in the index is generally perceived to have a corrupt public sector serving as barriers to democratic growth, transparency, and development of civic institutions.

Standard economic development approaches address the incidence of corruption as one with roots in political and institutional bureaucracy. At its basic, the World Bank defines it as abuse of public office for private gain. Typically, corruption thrives in countries with high levels of poverty, weak rule of law, and lack of government openness. Standard remedies include strategies such as paying civil servants well to disincentivize bribes, creating transparency in government spending, cutting red tape, eliminating distorting subsidies and so on. These prescriptive policies have been used to some extent to address Kosovo’s struggle with graft, extortion, and bribery.

But going beyond the standard economic definition, corruption assumes behavioral characteristics that are tied to idiosyncrasies of civic culture, history, and even morality. To suggest that corruption in Kosovo has a moral dimension is to engage in a speculative and controversial debate. After all, the phenomenon is a global problem and virtually present in every culture; no country or society is completely free of corruption, which varies by degree.

Yet, since antiquity corruption has been seen as moral and civic issue. As far back as ancient Greece, both Plato and Aristotle suggested that corruption is a moral failure and an abandonment of commitment to civic duty and the common good. In the early 1300s, Dante Alighieri, the great Italian poet, wrote The Divine Comedy, and in it he places corrupt people in the lowest 8th circle of hell, where he sees them in a boiling pitch like frogs, guarded by demons. Like Plato and Aristotle, Dante thought that corruption represents the moral degradation of values and that a sense of civic duty is critical in preventing the society from becoming corrupt.

In his 1987 study, “Bribes, The Intellectual History of a Moral Idea,” John T. Noonan writes that since the beginning of time,  “the bribe has had the life of a moral concept.” While its final form is an economic and political failure, the roots of corruption lie deep in ethical and moral norms that guide individual and group behavior. The material harm from corruption is probably negligent compared to the damage it inflicts on the character of society and fabric of moral ideals. Trust is a social and moral contract between people and government and it is critical to the functioning of a decent society.

In Kosovo, the country’s elite is facing not just a political nightmare, but a deep ethical crisis stretching across government and public institutions, schools, hospitals, private companies, individuals, and beyond. Corruption and extortion in Kosovo’s government has received the most coverage over many years, but fraud and dishonesty hasn’t been confined only to government. Scholars have plagiarized entire scientific studies and stolen intellectual property. Professors and teachers give grades away in exchange for sexual favors and money, instead of knowledge. Physicians violate one of humanity’s most sacred oaths and recklessly inflict harm on sick people and ruin their financial lives. Complete lack of personal responsibility and disregard for one’s integrity are moral flaws that accompany the actions of these individuals from private settings, to work, school, and finally government.

Seen from this perspective, widespread corruption looks symptomatic of a major collapse of ideals and values that form the crust of reciprocal trust between the public and the government or those in the position of wielding influence and power. Preying on the weak, the desperate, and the sick, like vultures of a moorland, is not just a political failure, but an unpardonable moral transgression and violation of human code of trust, compassion, and sympathy.

The country’s elite is responsible for creating an environment where the young are immersed in lessons of civic duty and for nurturing values of trust, integrity, and service to the common good. In school children are supposed to learn about history in the spirit of the past times, the tragedy of wars and hostility, not glorification of violence. They are supposed to learn that their forefathers were both victims and perpetrators of violence, and the great lesson of history is to learn to avoid the tragic mistakes that the previous generation made.

Instead, in school textbooks, in classrooms, and in the media, children are indoctrinated into a toxic form of patriotism, learning selectively about history and glorification of fallen men with a rifle in their hands. It’s rare to find public figures in politics, arts, or sciences, who are  serving as  civic-minded leaders and role models emphasizing publicly the role of civic duty, integrity, and ethical values. Children and the young who are coming of age now see no such leaders from whom they can learn how to be a servant to the common good and learn the ideals of exemplary citizenship.

How did Kosovo get here? To begin with, the new country has no history of statehood and independent institutions have existed for no more than a handful of years. Kosovo’s leadership is both inexperienced and, for the most part, came of age in a social and intellectual vacuum of the 1990s, when an entire generation lived and operated under apartheid-like political climate with little or no opportunities to serve in public institutions.

For as long as Kosovars remember, the state was a political entity whose core function was to serve its citizens by controlling them, curtailing their liberties, and prosecuting them. Kosovars who remember the Yugoslav years recall a paternalistic state with an austere political environment that gradually grew hostile toward them as the state eventually collapsed and its superficial ideals of brotherhood and unity were hijacked by toxic nationalism that unraveled in the late 1980s and the following decade. As such, proper education about the civic role government plays in society and that the state is there to serve the public, not the other way around, never took hold in the minds of many people who eventually found their way to hold important positions. Democratic values about the integrity of government, about the responsibility to serve people, were never learned from an early age or in school (they’re still not learned today), but were introduced in training rooms with overpaid international consultants flipping through power point slides.

No amount of international expertise, donor money or visa-free travel will be able to teach the new generation of Kosovo about civic and ethical values that form the crust of a decent society. Such commitment should come from Kosovo’s elite—-politicians, leaders, teachers, historians, artists, doctors—-who are the ones to break the vicious cycle of destroying trust, trampling over the integrity of people, cheating and defrauding the weak and less unfortunate.

Our lives are not just zero sum games driven by an instinct of triumph against others. Our lives are interconnected and guided by values and principles that inform us how to relate to one another. Or as Amartya Sen, the great Indian economist, once wrote: “For a fuller understanding of…corruption, we have to drop the presumption that only personal profits move people and values and norms simply do not count. They do count as is well illustrated by the variation of behavioral modes in different societies. There is room for change [however]… and it is encouraging to bear in mind the fact that each vicious circle entails a virtual cycle if the direction is reversed.”

That direction needs to be reversed now in Kosovo starting from our own private settings to clasrooms, hospitals, government institutions, and across society in order to nurture a new generation of young people who will serve the country with integrity and respect norms and values of good citizenship.