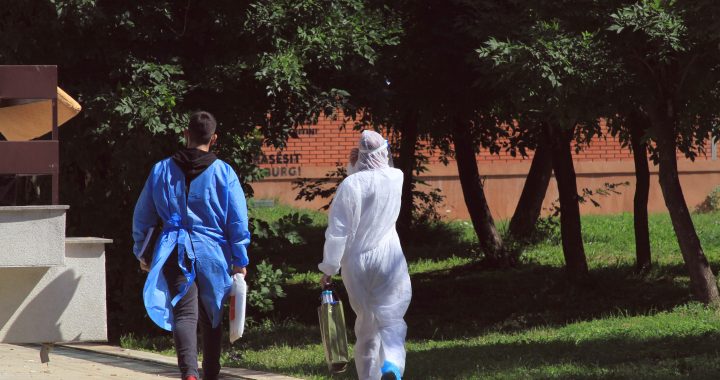 The Kosovo Chamber of Physicians has told BIRN that over 1,200 health professionals have been infected with coronavirus since March, while seven doctors and five nurses that tested positive for the virus are now reported to have died.

Since March, more than 12,000 citizens of Kosovo have been infected with coronavirus. From this figure, around 10 percent are workers in the healthcare system, who from the first day have been on the front line treating patients.

The Kosovo Chamber of Physicians told BIRN on Friday that more than 1,200 health professionals have been infected with coronavirus, including 494 doctors. According to the Chamber, 200 of these cases are still active.

The figure is a more than 50 percent increase on the number reported to BIRN on July 26, when Blerim Syla, the Head of Kosovo’s Federation of Health Trade Unions, stated that 757 health workers had been infected since March.

On Wednesday, Burim Krasniqi, who worked at the Gynecology and Obstetrics ward at the University Clinical Centre of Kosovo, became the seventh doctor in Kosovo to die after testing positive for the virus.

Meanwhile, Naser Rustemaj, the President of the Chamber of Nurses told RTV Dukagjini on Wednesday that five nurses and a laboratory technician have died after testing positive for coronavirus.

On Thursday, Kosovo’s National Institute of Public Health reported that in the previous 24 hours, 13 people that tested positive for the coronavirus had died, bringing the total in Kosovo to 438. It was also reported on Thursday that 3,639 cases recorded by the Institute are still active.

Statistics published by the Municipality of Prishtina on Wednesday revealed that 35 residents of the municipality that tested positive for the virus have died since March, including 24 in July. The Municipality also presented data broken down by age range, with people aged 25-34 registering the largest number of COVID-19 related deaths with 10.