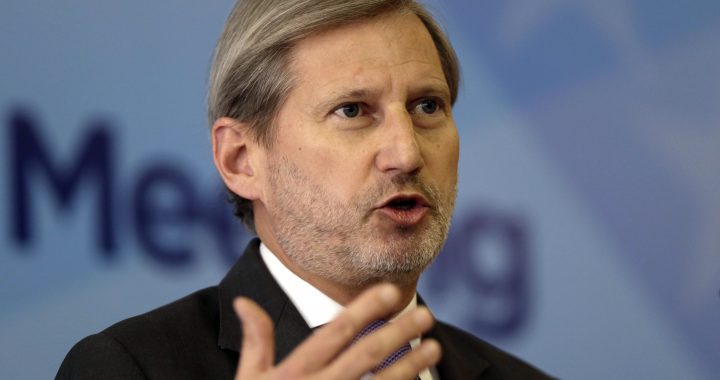 Create your own common market (because you are not joining ours)

And other ‘great’ EU ideas for the Western Balkans.

Johannes Hahn, the Commissioner for European Neighborhood Policy and Enlargement Negotiations, gave an interesting speech yesterday after the Western Balkan summit in Sarajevo. There was so much to unpack there that I do not know where to begin.

Let me start with the part of the speech that I understood the least. “We propose a Common Market for the Western Balkans.” What I do not understand is, how can this be presented as a new idea? This has been the policy in the Western Balkans since 2006, with the creation of the Central European Free Trade Agreement, CEFTA. It did not work very well. Countries that produce more did a little better. Countries that do not produce much did not do so well. Kosovo falls in the latter category. Overall though, this is not a policy that anyone is really proud of, as it did not produce results. Which, strangely, is acknowledged by Hahn himself: “the intra-regional trade flows did not grow enough during these years. Only around 20 per cent of total CEFTA exports are achieved in the region, and 10 per cent for imports.”

Later in the speech Hahn made it clear that the Common Market is CEFTA. “Concretely I want to see swift implementation of the CEFTA agreement on trade facilitation, the completion of your negotiations on liberalising trade in services,” he said.

So what will be the benefits of this “brand new” common market? “In a best case scenario…the region could be looking at up to 80,000 new jobs by 2025,” according to  Hahn. So in the best case scenario, this will create 1,900 jobs per country per year, naturally only if all of this development is divided equally.

Can we take a moment to let this sink in? Every year in Kosovo, close to 30,000 young people join the labor market. Add to this all the unemployed people already in the labor market, as only 30 per cent of the working age population has a job. So the EU’s very ‘best case scenario’ takes care of only five per cent of jobs that are additionally needed on a yearly basis in Kosovo.

This is yet another little project to keep the Western Balkans busy instead of focusing on the missing EU accession perspective. Now, let me be fair. Hahn did try to make it clear that “trade integration is a step towards the EU, not an alternative to membership.” But after looking at the facts, these are just empty words. They really do not mean anything and the Western Balkans leaders know this.

Then there was the part of the speech that was supposed to be positive but in fact was not. Hahn said: “the European Council last week unequivocally confirmed your European futures.” Then in a very patronizing tone he continued, “use this rare window of opportunity, as individual countries, but also as a region… I don’t think you can afford to squander this positive climate through domestic confrontations and blaming neighbors… either the region as a whole picks up momentum and we generate a genuinely positive narrative, or we end up in a really awkward spot – with a stream of bad news slamming the window firmly shut.”

Now the patronizing part would have been fine, if the first part actually meant anything. The European Council did confirm the region’s European perspective. But it did not say anything about accession. The mood has changed and so has the practice of enlargement. I do not think it is a secret – member states do not want any more enlargement any time soon. Period.

There was one part of the speech that initially gave me some hope. Hahn proposed “a strong agenda that can develop an economic space that is attractive to [European] investors… I am talking about real investment promotion.” I am all for this. Great, but how? Investors were asked time and time again why they do not invest in the Western Balkans. Answers range from uncompetitive wages to China and India, unskilled staff, lack of stable energy provision, and the lack of rule of law to make the investment safe. These concerns are not addressed by Hahn’s plan.

But most importantly, investment in the region does not come because there was a financial crises and the world is still recovering. In 2007 – a year before Bosnia and Herzegovina signed the trade portion of its SAA – 1.2 billion euros were invested in Bosnia. In 2009, after the financial crisis, this dropped to 300 million a year and it has not picked up yet.

There is also the matter of the kinds of investment that come to the region. Private investors have been keen on construction and real estate, which do not create many jobs.

So private investment will not come, regardless of how integrated the regional market is. And if it does, it will be in the wrong parts of the economy. This is why individual countries – jointly with the EU – must also invest public money in certain industries that have export and growth potential.

The EU has totally run out of ideas for the Balkans. So now it is recycling old ones in hopes that something will catch on. It is also telling that they are delegating the Common Market plan to the Regional Cooperation Council, RCC. What serious plan has the EU ever  delegated to other organizations?

I think the saddest part of this whole affair is how the Western Balkans leaders are so willing and ready to pretend that the EU narrative is still alive (even though every one of them is developing alternative plans, especially in the field of security). And while everyone is pretending, nothing gets done in reality and the region is truly stuck. Again.