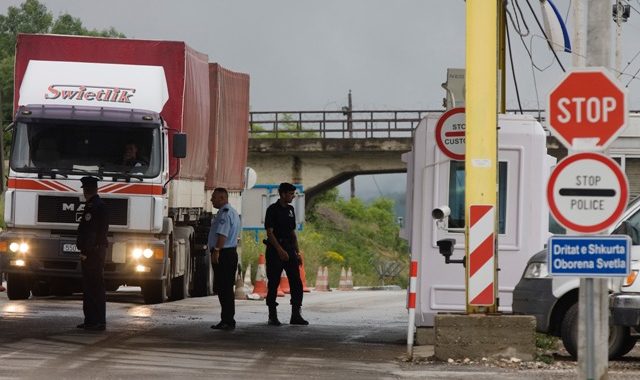 Customs tariffs for Serbia and Bosnia increased to 100 per cent

Customs tariffs on Serbian and Bosnian imported products jumped from 10 to 100 per cent on Wednesday, two weeks after the initial tax increase set by the Kosovo government.

In a Kosovo government meeting on Wednesday, the cabinet voted to increase the customs tariff for goods produced in Serbia and Bosnia and Herzegovina to 100 per cent.

Minister of Trade and Industry Endrit Shala also mentioned that the ordinance issued by his ministry on Monday requires the removal and banning of all products with the label “Kosovo and Metohija,” the name for Kosovo used in the Serbian constitution that refers to it as its province.

“The Kosovo government and our ministry are committed to work everyday to improve the relationships with all neighbors, but these relations cannot be improved when the Republic of Kosovo is not treated equally as a country,” Shala said in his proposal made to the cabinet.

Soon after Kosovo’s failed bid to join Interpol on Tuesday, PDK MP Memli Krasniqi proposed setting the tax at 25 per cent due to, according to him, Serbia’s campaign against membership for Kosovo.

“We can’t sit on our hands against Serbia’s aggressive politics, that is why the tax needs to increase to 25 per cent or more. There is no space for understanding anymore in this case. It is urgent,” Krasniqi said during a meeting of the Parliamentary Commission for Economic Development.

The Kosovo government initially levied a tariff of 10 per cent on November 6 citing Serbia’s “negative behavior” towards Kosovo’s statehood. Haradinaj said that the decision came after reports of certain countries allegedly withdrew recognition of Kosovo following Serbia’s international campaign against the sovereignty of Kosovo.

Following the 10 per cent tariff, the European Union asked Kosovo for further explanation, considering it a “clear violation” of the Central European Free Trade Agreement, CEFTA.

According to Serbian deputy prime minister Rasim Lajic on November 19, Serbia will not commit to the dialogue for normalization of relations in Brussels with Kosovo until the Kosovo government withdrew its 10 per cent increase of custom tariffs for all products imported from Serbia.

A large proportion of Kosovo’s imported products originate from Serbia, according to the Agency of Kosovo of Statistics. During 2017, Serbia peaked the list of countries importing products at 14.8 percent of total imports to Kosovo, while neighboring countries such as Albania or Macedonia’s exports to Kosovo are around 5 per cent.