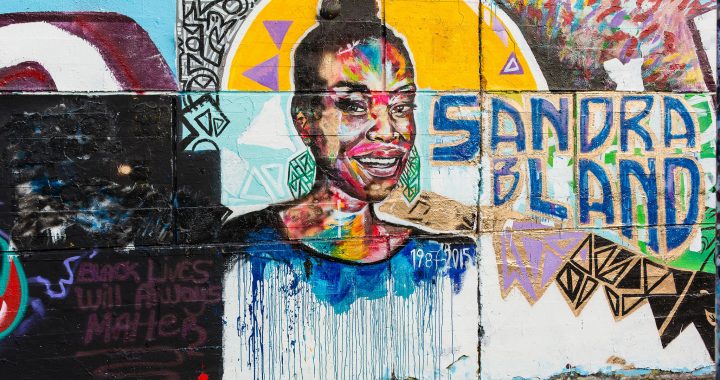 The unconnected deaths of Sandra Bland and Astrit Dehari share a common and legitimate public response of desperation and fury towards the justice system.

The anger and pain I felt and witnessed around me when learning that a 26-year-old opposition activist died in custody while awaiting charges was familiar. The heavy skepticism and fear surrounding Astrit Dehari’s death, declared a self-induced suicide by asphyxiation, had me thinking about Sandra Bland, a 28-year-old black American who died in a Texas jail cell in July 2015.

To understand the American public’s reaction to Bland’s autopsy, it’s important to know the current conversations around the value of life in the justice system. Death in custody is an all too prevalent phenomenon in the United States. Suicides are widespread in American jails, but so is police violence immediately upon encounter, particularly against people of color. The history of American law enforcement cannot be decoupled from the ideology of racism. Racism in America and the development of the justice system are literally intertwined, from fugitive slave laws, to Jim Crow policies, to police brutality in the civil rights era, to mass incarceration and the enduring myth of black criminality.

Though police violence against black people in America is not new, the issue has recently deeply impacted American politics. Countless graphic encounters between black people and the police have been caught on film and heavily circulated online during the past few years. Rarely are police charged for fatal encounters, because they are protected by laws that allow use of police force when there is a belief of ‘reasonable fear.’

Black Lives Matter, an activist movement attempting to expose and transform systematic racism, became nationally known in 2014 following their organization of country-wide protests against police violence and racism. BLM’s presence and persistence was met with plenty of backlash and criticism of so-called black identity politics, including from movements referring to themselves as All Lives Matter and Blue Lives Matter (referring to the color of the police uniform). The BLM movement had a strong impact on this year’s presidential elections, and discourse around the movement exposed the deeply racist underpinnings of American political cleavages. Trump pledged support for increased policing, including his appraisal of New York City’s “stop and frisk” policies, which were ruled unconstitutional as a form of racial profiling. These positions were celebrated by many of his supporters and undoubtedly helped him get elected.

In the summer of 2015, three days before her death, Bland was pulled over for failing to signal a lane change. Dashcam footage of the encounter between Bland and the Texas police surfaced online, revealing trooper Brian Enicia’s violent arrest of Bland. The arrest, and Enicia’s words—“I will light you up!”—sparked national outrage and the attention of BLM.

Police reported that at the time of death, Bland was alone in her cell. When the autopsy report claimed Bland’s cause of death to be self-inflicted asphyxiation by hanging, Bland’s family and swarths of the American public were angry and deeply suspicious. The family immediately put out statements saying they believed there was foul play. Social media erupted with calls for #JusticeForSandy and to #SayHerName, referring to black women’s experiences of police violence often being left out of national conversation of racism in the justice system.

No one was indicted regarding Bland’s death in custody. Enicia was indicted on a misdemeanor charge of perjury for his arrest of Bland. He pleaded not guilty and is still awaiting trial. This September, the family reached a potential settlement in their wrongful death civil suit for 1.9 million from the Waller County, Texas jail where Bland died and the Texas Department of Public Safety.

Over a year after Bland’s death, people remain suspicious. Why did a jailer admit under oath to falsifying a notation in a jail log that he had checked on Bland during the hour before her death? If Bland did commit suicide, we are still left with the questions: will the state be held accountable for her violent and unnecessary arrest, her death in custody, the systematic racism in our justice system?

In Kosovo, as calls for an independent investigation into the death of Dehari continue from the opposition and from civil society, I know that the question of what really happened? will not just vanish.

Questions arose right away regarding why the police would immediately announce that Dehari died of medical overdose, before an autopsy was even conducted. The results of the autopsy, which were disputed by the family’s defense, contradicted the police’s statements. Regardless of the cause, a death in custody is a death in the hands of the state. Dehari, who was one of six Vetevendosje activists suspected to have attacked the Kosovo Assembly building earlier this year, was held for three whole months without seeing the charges against him, did not get the opportunity to see justice through.

The deaths of Sandra Bland and Astrit Dehari in jail were disparate situations and preceded by vastly different histories. Yet both of these young people died in custody. Both deaths were deemed suicide by autopsy reports, and both met with public distrust and even disbelief due to systematic problems in the respective justice systems.

Citizens and civil society are mourning Dehari as an individual victim, but also grieving over a corrupt justice system in general. Kosovo has “severe whiplash” from political persecution and state sanctioned violence against Albanians during Yugoslavia, particularly from the Milosevic regime’s police state of the ‘90s. Though the regime of the ‘90s has changed, whistleblowers in state institutions still face fear of persecution. People still do not feel that their rights are protected. Two weeks ago, EULEX indictment was released which included high officials from the Ministry of Justice suspected to have been involved in the prison escape of a man behind bars for war crimes. Kosovo’s justice system has somehow allowed the unconstitutional imprisonment of 8,000 citizens for misdemeanors while failing to address widespread corruption.

Some are attending silent marches and protests organized by Vetevendosje even if they do not support Vetevendosje’s tactics or even their platforms. Others are arguing against politicization of Dehari’s death, saying that the opposition is creating the suspicions as propaganda tactics.

Vetevendosje says that the allegations against the activists are false and an example of political persecution against the party alongside sweeping characterizations of the party as violent ethno-nationalist criminals and politically motivated arrests and deportations of party leaders. Interactions between the opposition and law enforcement have been problematic, with one of the most tragic examples being the death of two activists during a protest in 2007, when Romanian UNMIK police shot expired rubber bullets to disperse the crowd. Over 80 were injured and two were killed. But an investigation or trial into this matter never occurred; instead, Kurti was arrested on the grounds that he incited protest conditions that provided a threat of violence.

The United States also has severe whiplash from the foundations of systematic white power which continue to shape the relationship between black people and American police. Public officials often characterize this issue as one of a mutual lack of trust. But how can you place trust in an institution historically racist by design, which continues to be overall unaccountable for its terror imposed on black citizens.

When I witnessed the Kosovo public react with strong suspicion and fury towards the investigation of Dehari’s death, I understood that it’s not as much an issue of lack of mutual trust as it is  desperation for a legitimate and accountable justice system.