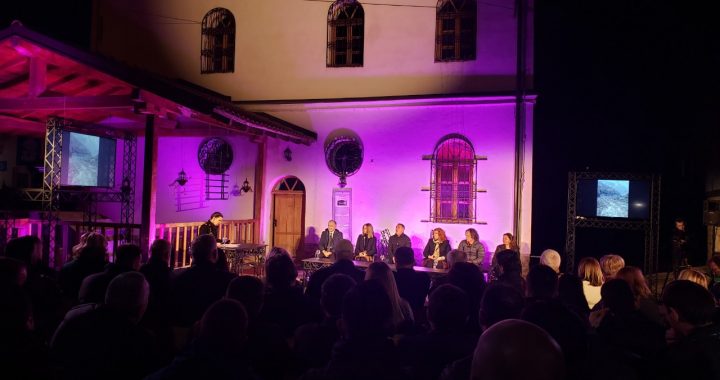 Participants of a debate in the Municipality of Peja on Thursday called for reform of the construction and nature protection policies that activists and locals alike say is causing serious damage to Peja’s residents and environment.

Environmental conservation, river degradation, recycling, plans for coal utilization, sewage management and illegal construction in protected areas were some of the topics discussed in Peja as part of a debate on social and environmental issues, which was televised on Thursday by public broadcaster, RTK.

The debate was attended by environmental activists, locals from the area and government and municipality officials, who discussed the problems and potential solutions related to the protection of the environment in the Municipality of Peja.

Gazmend Muhaxheri, the mayor of Peja, said during the debate that the main concern of Peja inhabitants is the future plans to build a hydropower plant on the Lumbardhi River.

“Those who have destroyed Lumbardhi i Decanit and have benefited greatly from this destruction will not be easily swayed from doing the same in Peja. They will make an effort to fulfill their own interests,” Muhaxheri said.

“We are adamant that this will be stopped,” he added. “The municipal assembly has issued a decision to cancel all the plans for construction.”

Fatos Lajci, an environmentalist from the Environmentally Responsible Action Group NGO, ERA, said that Muhaxheri has supported environmentalists in the protection of the river in Peja, but the same did not apply for the Bjeshket e Nemuna, a national park next to Peja.

“The tarmac for the construction of the new road was built by the municipality in cooperation with the Ministry of Infrastructure, one kilometer of which was placed inside the protected area,” said Lajci, explaining that this damages the flora and fauna of the national park.

Muhaxheri replied to this criticism saying that by building this road, the municipality is trying to curb the risk of displacement of residents living deep within the Rugova mountains.

Milena Zdravkovic, the Deputy Minister of Environment who participated in the discussion, said that illegal construction is the main problem faced in Kosovo’s national parks. According to her, across Kosovo there have been more than 400,000 construction projects completed without the correct authorization.

Zdravkovic explained that an administrative instruction regulating the basic health and safety requirements in illegal construction projects  is currently in the consultation process.

“When talking about national parks, the ministry also carries a share of the responsibility,” Zdravkovic said. “Last year, a law on the legalization of illegal constructions was adopted. After adopting this administrative instruction, our hopes are that, within a month, this law will be effective and implemented. All those who have built illegal premises in the national park will have to submit reports.”

“If their premises fail to meet construction and quality standards as well as all other requirements, measures will be taken according to law,” Zdravkovic continued. “This has not been done so far, and the passing of legislation has been delayed. Therefore, without laws we cannot take any action.”

Fatmir Morina, the director of Bjeshket e Nemuna national park, said that according to the research undertaken on illegal construction in the Rugova Canyon in Bjeshket e Nemuna, only seven residential buildings out of the 2,807 the were built are in possession of construction authorization, none of which have adequate sewage facilities.

Jelena Djokic, a professor of waste management at the University of Mitrovica, was invited to the debate. According to her, environmental protection and sustainable development are two pillars that must  go hand in hand.

According to Djokic, sustainable development has three key elements, and if these stand together in any project, then it will result in its sustainability.

“Yes, we must achieve growth. At the same time, we must protect the environment. The concept of sustainable development must be applied,” she said. “Sustainability consists of three pillars: the first is economic sustainability, something must be profitable and economically possible. Secondly, it should be desired by society, as you have said, a national park is meaningless if there are no people in it. Thirdly, projects must comply with environmental protection.”

Lajci added that waste is among one of the most important environmental problems in Kosovo.

“Waste is turning Kosovo into massive landfill, while we, the citizens, are distancing ourselves from this problem. These plastic bottles, bags and waste we are dumping are human feculence… I think we have to do something in order to stop the pollution passing to a much worse degree for us,” said Lajci.

Dajana Berisha from the Kosovo civil society consortium, KOSID, said they have offered a package of solutions to energy and environmental issues and the steps required to implement green policies. These steps, said Berisha, should be applied “before the start of construction of a coal-fired power plant.”

She said that if construction of the plants continues over the next 40 years, it will place Kosovo in debt, use the bulk of Kosovo’s water resources to cool the turbines and will cause displacement of the local population, on top of ruining agricultural land and polluting the air.

“Rather than thinking of constructing a power plant, the insulation of houses across Kosovo should be done, because it would also reduce electricity consumption and will create jobs for young people,” said Berisha, explaining that these people would be able to be part of a nationwide program of insulating homes throughout Kosovo.

He added that “the most preferable alternative energy in Kosovo is sun and wind energy, because the hydropower plant, which people are trying to invest in, is burdening the water resources of Kosovo.”

Rame Nimani, a resident of the village of Gllaviqice, asked the mayor of Peja how to stop the operation of quarries in the area that are harming the surrounding nature.

“There are seven or eight quarries operating in the village from where I come. What would you do, Mayor, to stop this crime? You have been aware of this issue since the beginning of your mandate as mayor.”

“The competencies over quarries in general and other activities of the same kind remain within the ministry and inspectorate,” replied Zdravkovic from the Ministry of Environment. “There is a municipality component within the inspectorate that is obliged to issue mandatory penalties to all those who dump waste. These penalties vary from 20 to 100 euros.”

Zdravkovic said that since the administrative instruction was approved, the ministry was informed that 500 such penalties have been issued so far.

Shabi Nikqi was one of the citizens who posed a question via social media during the debate.

“Is the Municipality of Peja capable of undertaking measures against those who burn waste on their property?” reads Niqki’s question. “During holidays, my father often burns garbage in the yard and I cannot convince him not to do so. If there were any municipal penalties, at least 50 euros, I swear that my dad would never burn garbage because he loves money a lot, more than his health.”

Muhaxheri said that the Municipality of Peja municipality will bring a decision to make these penalties possible.