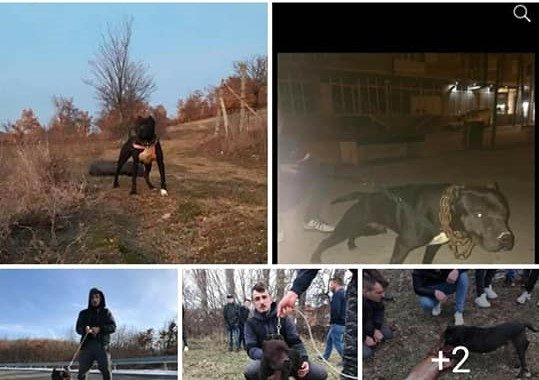 The mayor of Rahovec, Smajl Latifi, has taken action to enforce dog fighting bans in the municipality following an onslaught of reports of animal mistreatment throughout the country.

Following reports and petitions from animals rights activists throughout January, action has been taken to tackle organized dog breeding and fighting across Kosovo. The mayor of Rahovec condemned the practice on Tuesday, vowing to ensure that the laws in place be enforced to put an end to the problem.

“I am concerned with recent developments about cases of various animal treatment in our municipality,” said Latifi in his Facebook post. “Based on this I have extracted this order below, that is preventive and punitive in terms of cases of mistreatment, murder, and animal fighting.”

A petition to make this a wider ban has also been launched, addressed to Prime Minister Ramush Haradinaj and the Kosovo Veterinary and Food Agency, KVFA.

The petition urges that action be taken to ban dog fighting practices, close the kennels where these dogs are being kept, and engage Kosovo Police to find and stop the individuals organizing the fighting.

“Dog fighting is barbaric and cannot be allowed to be part of a modern society,” said Venera Thomas, organizer of the petition. “Instead of tolerating such cruel acts, we demand the Prime Minister to adapt a law for animal protection, putting every cruelty against animals and every offence under severe punishment.”

According to Thomas, a dog died from its injuries during an organized fight in Rahovec earlier this month. Thomas condemned individuals who have turned dogfighting into an online business.

“They breed dogs especially for dogfighting and they advertise them and sell them via Facebook,” said Thomas. “The biggest one is in Prizren. Fighting dogs are kept isolated from other dogs and most people, so they spend most of their lives on short, heavy chains.”

“We request from Prime Minister Ramush Haradinaj, AUVK [KVFS], and Kosovo Police to stop this cruel act once and for ever and to instruct all police forces to take action against the offenders and the abuse of dogs for fights,” she continued.

On Wednesday, Koha Ditore reported that Kosovo Police launched an investigation into two individuals suspected of involvement in organized dog fighting that took place in Studenqan, a village in the municipality of Suhareka.

“The police station in Suhareka are conducting investigations into the illegal dog game held in Studenqan,” said the spokesperson of Prizren Regional Police, Vesel Gashi. “Suspected people are already known to the police. In cooperation with the State Prosecutor all the actions for the implementation of the law will be undertaken.”

The Animal Rights Foundation, a local NGO based in Prishtina that works to protect stray animals, praised Latifi’s decision, but explained that the legal and punitive elements of this ordinance exist already in the Kosovo Law on Animal Welfare, and implementation has been lacking so far.

“We are delighted that a mayor has highlighted this problem and asks and warns abusers and other institutions in a formal and serious way that these barbaric acts and crimes ought to be prohibited immediately,” the Foundation said on Wednesday following the publication of the ordinance. “What has been missing so far is the institutional and political will to deal with these abuses and crimes against animals.”

The Law on Animal Welfare currently categorizes dog fighting as a civil, and not criminal, violation, allowing fines of up to 5,000 euros to be issued for illegal “use of animals in competitions,” which test speed or strength of animals that would cause them suffering, pain, injury or death.

According to the Foundation, the newly revised Criminal Code for Kosovo would include animal abuse as a criminal offence, rather than only a civil violation that would incur a fine, which would be a more meaningful and sustainable mechanism of protection for these animals that are at risk.

The Foundation explained that working with the Kosovo Police to enforce the law has been difficult.

“Whenever we have informed the police about animal abuse, we’ve had to beg them to come and deal with the cases we reported on. Sometimes, they even left us waiting for hours at the police stations without any concrete measures and results.”