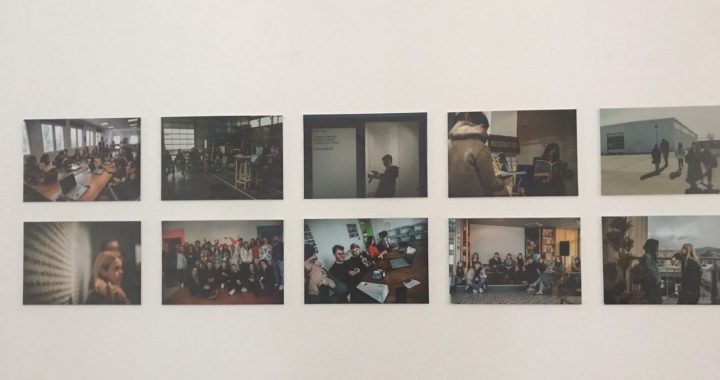 An exhibition at Kosovo's DukoFest film festival shows youngsters from Kosovo and Serbia confronting each other on social challenges and assumptions by answering the question 'How Do I See You?'

A multimedia exhibition at the Kosovo Film Festival DokuFest shows 14 youngsters from Kosovo and Serbia confronting each other on social challenges and assumptions based on narratives created by the spread of propaganda and fake news in the two countries.

Zana Arapi Xheladini, coordinator of the project, told BIRN that the “aim of the project is to bring together youngsters from Kosovo and Serbia and, via cultural camps, organized in Kosovo and Serbia, spend as much time with each other as possible, and realize the main difference between them is the language”.

“The main goal is to debunk the harsh negatives published in certain media,” on fake news and in propaganda spread between Kosovo and Serbia, due to the frozen conflict between the two countries.

The exhibition “How Do I See You?” premiered on Wednesday at the Shani Efendi house, a former community house close to the Lumbardhi cinema in Prizren and will be open until the last day of DokuFest, August 13.

“How Do I See You?” multimedia exhibition is the result of an exchange program by Doku Fest, Slobodna Zona Festival, and Foundation Fund B92, with participants aged 18 to 25 from Kosovo and Serbia. The youngsters spent a week together in Kosovo or Serbia engaging in different activities and socializing with one another.

On the last day, they had a one-on-one conversation in Albanian and Serbian, with the assistance of translators, answering questions on the reason for participating in the program, on whether they had changed their opinion on the person in front of them, their learning experience and so on.

The program started in 2020 and due to the COVID-19 pandemic, the organizers had some difficulties because “all the planned physical meetings had to be moved online,” Arapi Xheladini says.

According to her, the meetings online in 2020 had an impact. However, the difference was very visible when the next year’s participants met physically.

A total of 47 participants have been part of “How Do I See You?” in the last three years and Xheladini says: “Even if only they talk about the experience to two or three people, the impact is very big”.

She recalls participants from Serbia saying they will be more careful now about which media to be informed by and not believe the negative narratives about Kosovo and ethnic Albanians. Participants from Kosovo realized they were safe to speak Albanian in Serbia’s capital, Belgrade.

The next cultural camp will be held in September 2022, in Serbia.