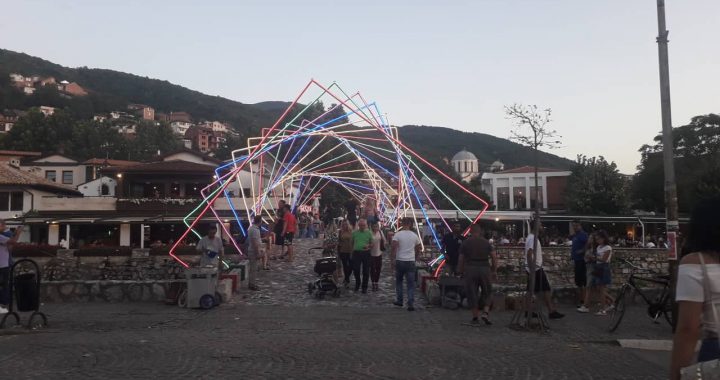 The eighteenth edition of Dokufest, the international documentary film festival, kicked off its opening night on Friday with films and live musical events across Prizren.

Dokufest will be screening films, hosting debates, panel discussions, workshops and Q&As over the next nine days in Prizren, with more than 280 films and 16 specially curated cinematic programs to be held across eight different cinemas.

The festival will be hosting another edition of Dokutech, inviting technology experts from both Kosovo and abroad share their experiences and present innovative ideas to Kosovo’s burgeoning tech community.

“Dokutech will bring a diverse selection of speakers, people from all over the world whose ability to see things differently,utilizing tech for humanity, enabling them to make real changes at the intersection of technology, society, culture media and economy,” said the festival’s organizers.

Dokufest’s VR Cinema also opened on Friday, screening five short films available in virtual reality throughout the duration of the festival. “Viewers will be able to see and experience underwater choreographies in a fantastical visual journey, travel out Solar System and galaxies beyond the Milky Way,” they said. “In short, a real experience in a virtual world.”