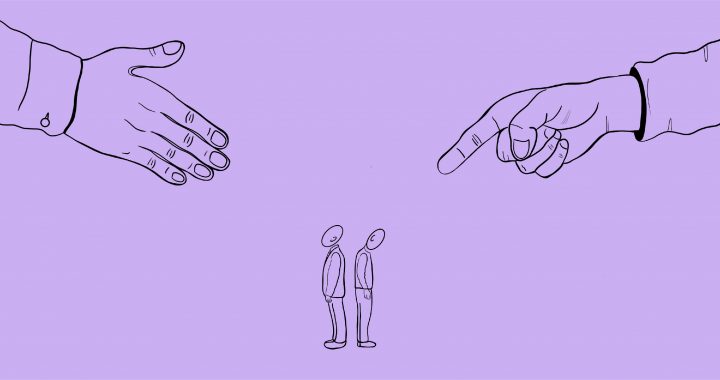 Electoral irregularities are no excuse for anti-gypsyism

A closer look at the election of MPs representing Kosovo’s ethnic non-majority communities is clearly required after the results on February 14, but deploying racist tropes is completely unjustified.

Quite some time ago, a well-known politician of Roma origin in Romania, who also happened to be a representative for the community in the Romanian Parliament, said the following:

“Our gypsies are stupid. They could at least be crafty but they aren’t. They are just primitives and they manage to irritate the entire society which is already watching them closely […] They run through the country and Europe barefoot, slimy and dirty, wearing clothes which are more likely to disgust you than make you feel sorry for them […]”

Romanian media received his declaration almost ecstatically, but the real question is why he would say something so degrading about his own community.

It is no secret that Roma have been used as a scapegoat in numerous societies over the centuries. I once wrote that Roma have always been considered lower than serfs, and in some instances have even been legally enslaved.

Our communities have always been kept in degrading conditions and excluded from society, partly in order to make sure that poor non-Roma did not rebel against their lot in life. Even now, in many villages the ‘best’ Roma is the guy who still works for the locals, morning to evening for whatever they will give him – “the best Roma in the village.”

The rest, who do not want to work for the ethnic majority, are “bad Roma” and seen as rebellious and/or traitors. In these situations, non-compliant Roma are not regarded as good people, and can even be considered as criminals – you are no good for the purpose you are supposed to serve and therefore must be eradicated.

It is scary to see that in today’s society there are still such opinions, and that it takes only an irresponsible media report or statement from a public official to bring to life the worst in people within a blink of an eye.

Lately, we are once again witnessing a wave of discriminatory expressions against Roma on social media provoked by recent election results, and allegations that the winning Roma representatives entered into a clandestine arrangement with Srpska Lista.

“We’ll see at the Assembly if they are connected with Srpska Lista and if they are they better go to Serbia as they have no place here,” one commenter wrote. Others were more direct: “Never trust a gypsy.”

A few days before the parliamentary elections I wrote that for people from across Kosovo’s ethnic non-majority communities, these seats are seen as ‘pseudo-democracy’, which serve only as political decoration and provide no real opportunity to influence policy.

It is not by chance that during a Vetevendosje campaign rally, members from non-majority communities asked why they should give their vote to the party representing their community and not back someone more mainstream.

This question was likely posited because of an understanding that poverty and marginalization significantly influences the direction political representatives from these communities take. It often limits their influence to minor roles and requests for personal gain for themselves or a close group of individuals around them, rather than representing the interests of their constituencies.

Civil society representatives for Roma, Ashkali and Egyptians have continuously highlighted the fact that political representation of minorities in the parliament has long lost its true purpose. Instead, the seats have become a political monster, which Kosovo Serb and Albanian parties only turn to for extra votes in the Assembly.

And why wouldn’t they? Mainstream parties now know that they can easily get someone to represent their interests with less than 1,000 votes. By comparison, for a Kosovo Albanian politician to enter the Parliament, he/she would need at least 7,000 votes.

How else can we explain the support that political parties and citizen’s initiatives received in municipalities which have little or no registered citizens of Roma, Ashkali and/or Egyptian background? The focus has been on voting in Serb-majority municipalities, but parties from Kosovo’s Roma, Ashkali and Egyptian communities also received votes in Albanian-majority areas.

In Malisheva, where there are officially 31 citizens registered from these communities, 186 votes were cast for Roma, Ashkali, and Egyptian parties, including potentially decisive votes for the Democratic Ashkali Party of Kosovo. However, the most brazen examples were in the Serb-majority municipalities of Kllokot and Ranilug, which have almost no registered residents from these communities but gave hundreds of votes to Romani Initiative, sparking public debate and provoking an increase in tensions and hate speech.

In response to this, Kosovo society must once again be reminded that Roma, Ashkali and Egyptians continue to live on the margins, and that is not entirely our fault. We are not only to blame, despite what the politician in Romania suggested.

This marginalisation is a product of thousands of historical actions that wreaked persecution and socio-economic punishment on Roma, Ashkali and Egyptians, as well as the ignorance of these past actions by the ethnic majority. It is also a product of unequal access to things like clean water and safe shelter.

It is our responsibility to raise our voice in every possible situation and call out anti-Gypsyism, as well as attitudes against the Roma, Ashkali and Egyptians, or the expression of negative stereotypes in the public sphere through hate speech.

Anti-Gypsyism, which is specific form of racial discrimination against Roma and other groups perceived as ‘gypsies’, is a major cause behind the fact that the Roma are one of the most discriminated groups in Kosovo. People believe that, due to their ethnicity or race, people from these communities are somehow not equal to other humans and use this as a justification for discrimination and racism.

Throughout history, numerous countries have passed laws to suppress Roma culture and keep Roma out of the mainstream. Sometimes, they went much further. Roma were enslaved in Hungary and Romania in the 15th century, and targeted for extermination by Nazi Germany.

As recently as 1995 in Danilovgrad in Montenegro, a whole community was expelled after two Roma minors were reported to have raped a Montenegrin minor. The same day as the report, at around midnight, two hundred ethnic Montenegrins, led by relatives and neighbours of the raped girl, assembled in front of the police station and publicly demanded that the Municipal Assembly adopt a decision expelling all Roma from Danilovgrad.

The crowd shouted slogans addressed to the Roma, threatening to “exterminate” them and burn down their houses. As a result, demolition of the settlement began. The mob broke the windows of cars and houses belonging to Roma, before setting them on fire. There has always been a tendency to impose collective guilt on the Roma for whatever someone from the community did that was objected to by wider society.

As for the elections, the representatives of minorities in Kosovo stopped choosing their institutional representatives a long time ago, and the Kosovo Government must seriously look into the flaws of the system and correct them as soon as possible. Political leaders are expected to develop democratic debate, all while tackling the use of derogatory language and pursuing legal avenues to correct the electoral system.

Interethnic relations in Kosovo are still to be fully developed. The whole society is still recovering from the terrible war, and Roma, Ashkali and Egyptians should not be used first to settle scores and then blamed for the flaws of the system. The interethnic tensions between Albanians and Serbs that resulted in atrocities and war have long put Roma, Ashkali and Egyptians in unwanted and unpleasant situations.

However, some things are clear. The majority of Kosovars voted for a change on February 14, and the representatives of Roma, Ashkali and Egyptian parties have a moral obligation to give this change an unconditional chance and become a constructive partner.

This includes not raising fantastical demands and setting unrealistic conditions at the very beginning. An elected Ashkali official has already conditioned his vote for the formation of a new government with the building of 1,000 houses for the community. However, Roma, Ashkali and Egyptian parties should know that social integration and social justice can not be reached through more concrete and bricks

A multicultural and multiethnic society in which the rule of law and social justice prevails should have no alternative, and the best interests of the people should be the guiding star in all decision-making positions. Social inclusion and equality for marginalized ethnic communities should become one of the main priorities for the incoming Government, but particularly the political representatives from these three communities.