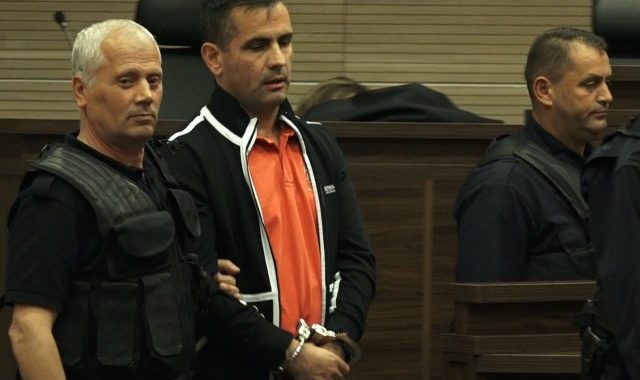 Currently appealing a 37-years sentence for inciting the murder of a Kosovo police officer, Enver Sekiraqa was released earlier today from detention to house arrest.

Enver Sekiraqa, alleged Kosovo gangster and accused of inciting the murder of a police officer, has been released from detention today around 4 pm.

Sekiraqa was sentenced by the Basic Court in Prishtina with 37 years imprisonment – the highest sentence ever given by a Kosovo court – for inciting the murder of Triumf Riza and is currently appealing the verdict.

His lawyer, Kosovare Kelmendi, confirmed the news that Sekiraqa’s measure was changed from detention to house arrest.

Sekiraqa, an alleged gangster and leader of the Sekiraqa group, is accused of inciting the murder of special unit Kosovo Police officer Triumf Riza, who was murdered in August, 2007. Riza was murdered by Arben Berisha, who was sentenced with 35 years of imprisonment in 2010.

Meanwhile, the victim’s father, Shefqet Riza told BIRN that he was not aware of Sekiraqa’s release from detention.

“It is really strange to sentence a person with 37 years in prison [and then release him], I can’t even imagine it. May God help us,” said Rizaj.