To take care of their homeland after the war ends, eight Ukrainian women have come to Kosovo to be trained in disposing of unexploded ordnance.

It is two weeks since Ukrainian student Anastasiia Minchukova has spent  her spring mornings in Peja, Kosovo.

Despite her worries about her family and friends left behind in Ukraine, for the next three weeks she will remain in Kosovo before returning home as a contributor to peacekeeping.

Recently dispatched from the heart of the war, Minchukova and seven other Ukrainian women are being trained in Peja to dispose of unexploded ordnance.

For three weeks, from 8am to 5 pm, Anastasia and the other Ukrainian women are intensively learning the theory and practice  of demining.

They will be accompanied in the training centre in Peja by local and international instructors.

The women came to Kosovo specifically to be trained in demining in order to return home well prepared. For Minchukova, the decision to leave her homeland in time of war was as tough as it was potentially rewarding for Ukraine. She hopes to return as soon as possible and practice the lessons she learned in Kosovo.

“I just want to go back as soon as possible and contribute there,” Minchukova told BIRN.

In addition to her desire to return home to Ukraine, she is pleased with the demining experience she is receiving in Kosovo.

“So fast, so good. Everything is so wonderful at this school. I like all the theoretical lessons, the practice, and the instructors are extremely sensitive to our needs and our emotional state as well,” she said.

Every day, except for Sundays, the women start their theoretical lessons in the morning and continue until the lunch break. After a short break in the yard of MAT Kosovo, equipped with demining equipment, theory is put into practice. 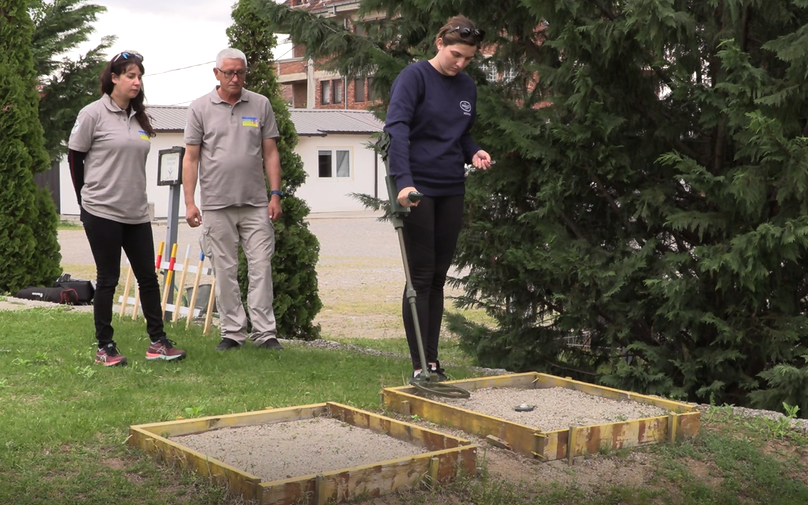 Initially, before detection of mines, they have to make sure they take into account the characteristics of the areas where there may be mines: the position of the location, vegetation, the animals.

“It is extremely vital [the course] in the sense that people want to go back to living their previous lives. As a demining operator, we will be able to help them, through this training,” the Ukrainian said.

Scattered around the demining area, led by instructor Artur Tigani, they learn how to detect unexploded ordnance.

Minchukova believes that after passing all the exams, now fully aware of everything going on around her, she will be ready for the task. “I will do my job, I will do what I have to do,” she said.

According to her, it is wonderful that Ukrainian women like her are being given this opportunity to help people and bring about positive change.

Women are best in field of demining

Coming from a war zone, Lebanese instructor Hasan Sleiman is proud to be training Ukrainian women to contribute to peace, even as the war in their country escalates.

Sleiman, who has been with MAT Kosovo for five years, says the training with the Ukrainians is going well. He says that if you look at the rate of demining accidents, it is very rare for women to be involved in such accidents during operations because they tend to be more careful and responsible than men.

“Some people think it is impossible for women to do this work, but in fact women have proven to be just as capable as men, even performing better in certain situations and circumstances,” he says. 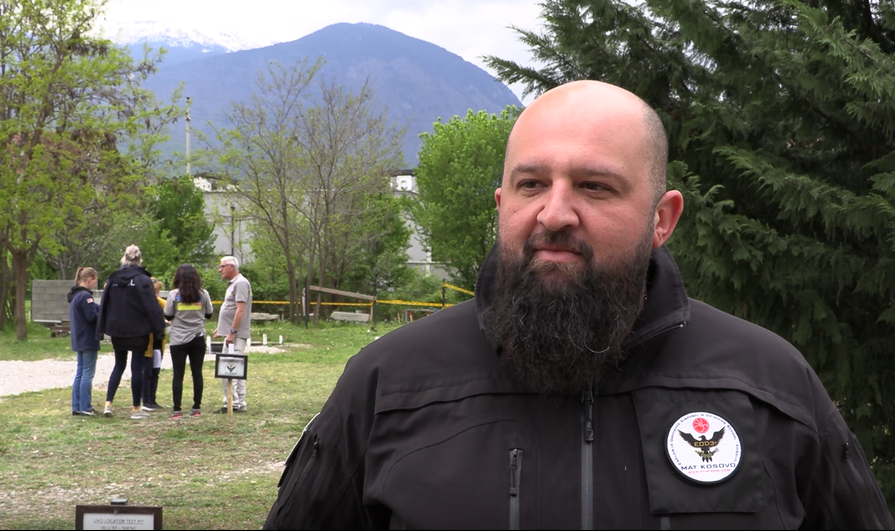 MAT is a sister organisation to Praedium Consulting Malta, a risk management company that deals with the clearance of unexploded ordnance. It started as a charity called the Mine Awareness Trust.

As the women try to contribute to peace, Russia is continuing its offensive in eastern Ukraine.

Sleiman says that they are trying to be as careful as possible with the women, taking into account that they are constantly receiving worrying news from Ukraine.

Since Russia launched its war on Ukraine, on February 24, its troops have failed to take control of any major Ukrainian city but have seized much of the south and east and killed thousands of people.

“Even though we are teaching women who are mostly not of military origin … we have had no difficulty or challenge in teaching them. On the contrary, the women on this course have shown that they take all subjects seriously,” said Sleiman. 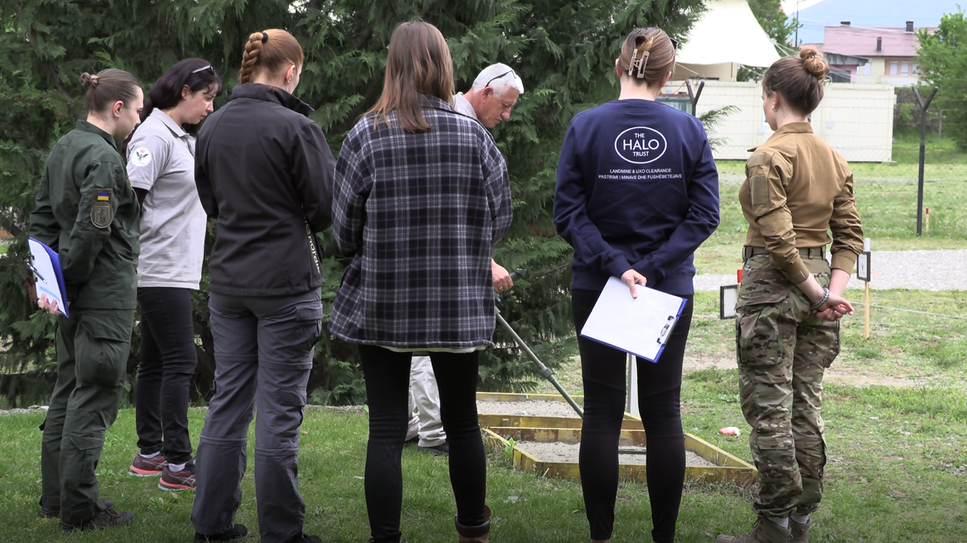 According to him, the most challenging part of the training is bringing real life closer to newcomers from a war-torn country, where they “have seen a lot, heard a lot and been exposed to a lot”.