Kosovo has become a force to be reckoned with on the world judo stage, and the postponement of the Tokyo Olympics has come as a bitter blow.

For Distria Krasniqi, the postponement of the 2020 Olympics isn’t merely a disappointment. It means another year of intense calorie-counting and sleepless nights.

“Sometimes I think people just don’t get it,” said Driton Kuka, the selector of Kosovo’s national judo team, of which Krasniqi is a member. “They don’t know what it takes to slim down to less than 48kg of body weight and then go out and fight the next day.”

“Her body structure, hormones, muscle mass, everything… we will have to endure one more year.”

Kuka had been due to take five Kosovo judokas to Tokyo in July, among them national hero Majlinda Kelmendi, winner of the gold medal in the 52 kg category at the 2016 Rio Olympics. 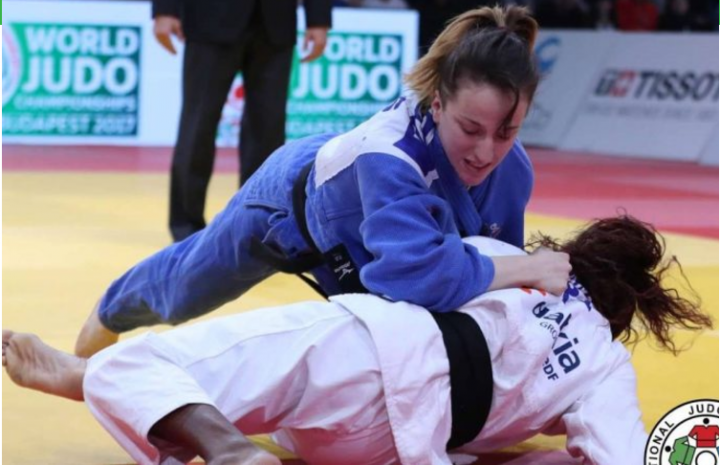 With each country limited to fielding one competitor in each category, Krasniqi, 25, has had to bring her weight down to 48 kg and keep it down, which is no easy task.

The Olympics’ postponement has come as a bitter pill personally for Krasniqi, and for Kosovo as a whole, which had high hopes of more glory in only its second Olympic outing. The Kosovo Olympic Committee, KOC, has been scrambling to contain the fallout, not least in terms of money.

Kuka is a legend in Kosovo. A former judoka, he was robbed of his Olympic dream in 1992 by the bloody collapse of federal Yugoslavia and never had the honour of representing Kosovo – which declared independence from Serbia in 2008 – internationally.

Instead, he built a dojo in his home in Peja and became the driving force behind the emergence of a cluster of world-class judokas from the city. 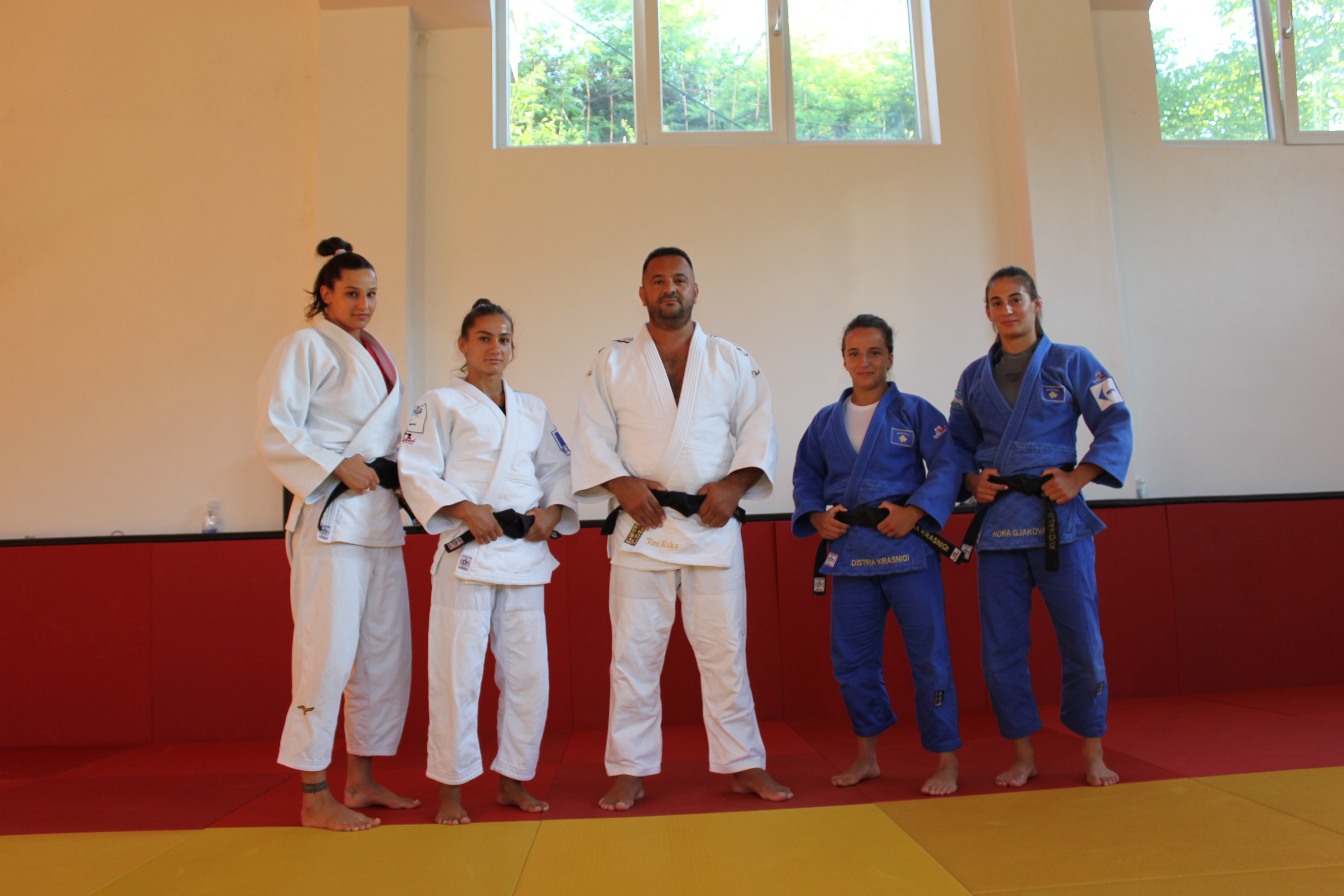 All five on the team due to compete in Tokyo are from the same neighbourhood. They still train in Kuka’s basement dojo, where Kuka has coached them to medals on the European and world stage every year for the past seven years.

Kuka hopes his close-knit team will have the strength to survive the challenge posed by the COVID-19 pandemic to sport as a whole.

“Maybe it will be easier to keep my team together, since we live in the same city, same neighborhood, more or less,” he said. “But that’s just the start of it. Everything else is much more complicated now. Nothing will be the same.”

The International Olympic Committee, IOC, took the decision to postpone the games at the end of March, when it became clear that the pandemic would make it impossible to host an event in which thousands of athletes and hundreds of thousands of spectators would descend on Tokyo, rubbing shoulders with millions of tourists.

Some estimates say the cost of the postponement could run to between two and six billion dollars.

Kosovo’s Olympic Committee, which has a meagre annual budget of one million euros, had been counting on more lucrative sponsorship deals in an Olympic year. Asked about the financial impact of the pandemic, KOC President Besim Hasani said 2020 has been challenging, but could be managed.

“We had to adapt,” Hasani said. “There was no travelling, no competitions, so we focused on online seminars, worked on elevating staff capabilities and we were lucky that financial support from the IOC and the government remained the same. We have, however, problems with sponsors, but I think we can control the damage.”

“The IOC will send us a guideline in December, where they will instruct national Olympic Committees and international sporting federations on how to proceed, and what measures to take for athletes, fans and media,” Hasani told BIRN.

He ruled out the possibility of a second postponement. “If the Olympics are not held next summer, the event will be cancelled,” he said, something that has only ever occurred during the two world wars.

IOC President Thomas Bach has said the Committee is preparing for a range of scenarios. “The top priority is that these Olympic Games will only take place in a safe environment for everybody,” he told Euronews.

The 2020 Olympics were expected to be Kelmendi’s last. The 29-year-old is one of the most decorated judokas of her generation, having won World and European Championship gold medals, Grand Slam titles and the World Judoka of the Year Prize.

The 2020 Olympics was meant to bring a rematch between Kelmendi and the teenage Japanese judo sensation Uta Abe, after Abe won their first encounter in the semi-finals of the 2019 World Championships, also in Tokyo.

“Majlinda Kelmendi has trained and prepared for this Olympics much more than for the Rio 2016 Games,” said veteran sports commentator Arben Berisha, who covered the Olympics in Rio in 2016 and in London in 2012. Kelmendi competed under the flag of Albania in London given Kosovo had yet to become a member of the IOC.

Her triumph in Rio established Kelmendi as a national hero in Kosovo.

“It will now all depend on her shape and that of her rivals until, hopefully, next year, to see whether she can remain on top another year older and with another year of experience added to the very promising Uta Abe,” Berisha said.

Kuka said the pandemic had proved a major challenge, from mental health to fitness. “Judo is a specific sport and one mistake can cost you an injury and sideline you for months,” he said.

“I’ve been in touch with coaches from all over Europe. We became great friends via Skype, although we were big competitors when facing each other.”

“It’s funny when you think about it, really. But we are talking to each other every day and comparing notes about practices and drills during quarantine and isolation.”

Kuka said his German counterparts had provided advice on a fitness regime during the limbo period, while waiting for the next competition. “The rest is mental training and injury prevention,” he said. “I am applying bits of that model with my team as we speak.”