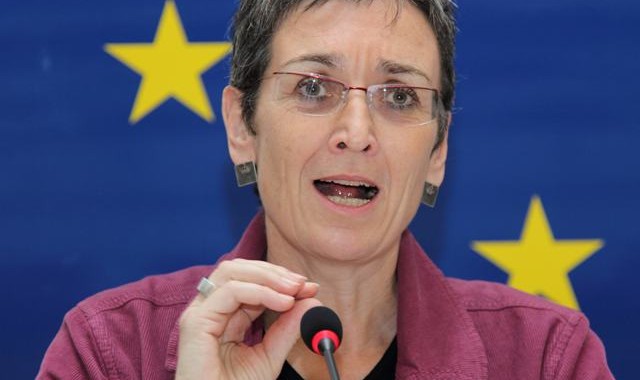 Kosovo one step closer to a visa-free regime with Europe

Foreign Affairs Committee MEPs said on Thursday that EU should grant visa-free access to the citizens of Kosovo, Georgia, and Ukraine.

The Foreign Affairs Committee MEPs called on the Civil Liberties Committee to take up this recommendation, “as these countries have achieved significant progress in implementing the benchmarks set for lifting visa requirements and it will promote people-to-people contacts.”

With 38 votes for, seven against, and six abstentions, the recommendation for a new visa regime for Kosovo was approved.

Ulrike Lunacek, rapporteur for Kosovo in European Parliament, welcomed this vote and emphasized that the citizens of Kosovo deserve the abolition of visas as soon as possible.

“They [the Kosovo Assembly] need to ratify border agreement with Montenegro and to deliver further progress on the track record of high level convictions for corruption and organized crime,” said Lunacek.

“I believe that it will be seen as a sign of faith from us for the European Parliament to finish our last obligation,” Collaku posted on Facebook, referring to the ratification of the Montenegro demarcation deal.

Kosovo President Hashim Thaci took to Facebook to congratulate Kosovo for this decision.

“I thank the MEPs for the active engagement and the realistic evaluation of our achievements. Now it is our turn to act without delays and take decisions as Kosovo,” wrote Thaci on his Facebook page.

Kosovo’s journey to visa liberalization does not end here, however. The Foreign Affairs Committee opinions will be sent to the Civil Liberties Committee, which will vote on the proposal to lift EU visa requirements for Kosovo, Georgia, and Ukraine after the summer break.