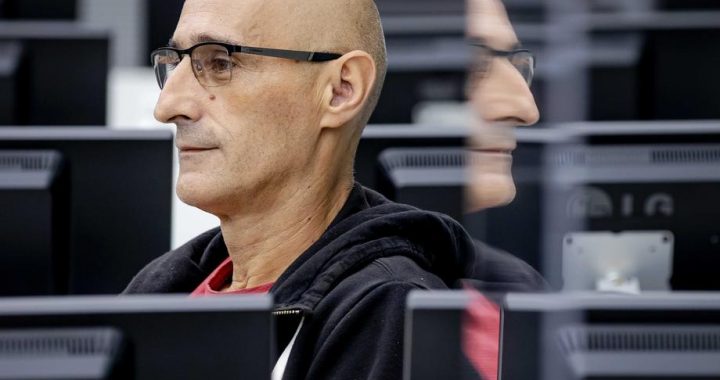 The closing statements have been made in the case of former KLA commander Salih Mustafa, the first KLA suspect to be arrested and transferred to the Kosovo Specialist Chamber.

Former Kosovo Liberation Army member Salih Mustafa  is currently awaiting a court verdict on the charges against him for murder, torture, arbitrary detention and cruel treatment during the 1998-99 war in Kosovo.

In its closing statement on September 13, the prosecution asked the trial chamber to give the defendant a long prison sentence for crimes committed against civilian detainees during the war.

In her own closing statement at the Kosovo Specialist Chambers in The Hague on September 14, victims’ counsel Annie Puess told the court that the defendant deserves a 35-year prison sentence for war crimes. “The accused must receive a fair punishment,” Puess told the court. She said that “after their arbitrary detention, the victims were subjected to inhumane treatment, torture and murder”.

Eight victims participated in the trial.

On Thursday, Mustafa’s lawyer, Julius Von Bone, tried to convince the jury that his client was innocent.

The lawyer said some witness statements failed to prove that Cali had been involved in the mentioned crimes.

According to the indictment against him, in April 1999 detainees were held at a KLA compound in the village of Zllash/Zlas, deprived of food, water, sanitation, hygiene, bedding and medical care, and subjected to “beatings with various instruments, burning and the administration of electric shocks”.

Jack Smith described Mustafa, who went by the nom-de-guerre Commander Cali, as being in charge of Zllash/Zlas and a direct perpetrator in the crimes, and who ensured that those under his command treated the victims with brutality and severity.

Mustafa became the first KLA suspect to be arrested and transferred to detention in Kosovo Specialist Chambers, established to prosecute KLA fighters for crimes committed during the guerrilla war against rule of Serbian strongman Slobodan Milosevic.

As well as Mustafa, former Kosovo President Hashim Thaci and two other ex-guerrillas turned politicians, Kadri Veseli, Rexhep Selimi and Jakup Krasniqi are also in custody in The Hague, charged with war crimes and crimes against humanity.