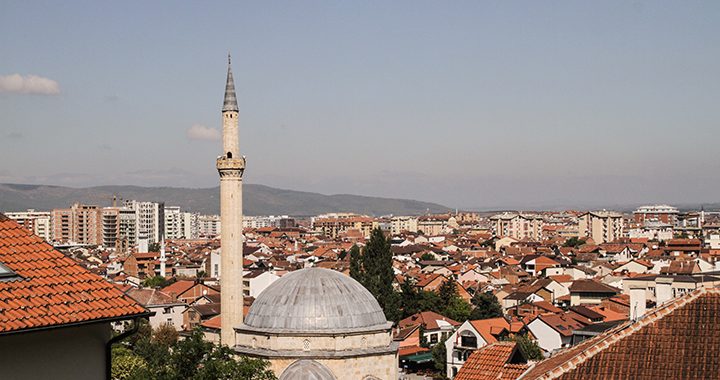 Freedom to believe in God according to the Qur’an

According to many quotations from the Qur’an, the voluntary and free belief in God is seen as an exclusive right of every individual. This personal right is clearly defined in the holy book of Muslims, a right that existed long before the drafting of international conventions on freedom of expression and religion.

Concerning this important issue, below we will highlight some quotations from the Qur’an, which directly speak of the free will of everyone to believe in God or not. In short, according to Qur’an, no one is allowed to pressure, force, or coerce another to believe in God. This sanction is explicitly stated in chapter al-Baqarah, quotation 69: “There is no violence in religion” (“La ikrahe fi ed-dini”).

The Arabic words ‘Ikrahe’ and ‘kerihe’ are mentioned several times and in various contexts in the Qur’an, but are mainly interpreted as meaning the imposing, forcing, or performing of an act against someone’s will and understood to be something that is hated in mankind.

Therefore, according to the general meaning stemming from the root of these words, it follows that no one enjoys the right to impose on others the spiritual conviction of his faith in God. In all the Qur’anic injunctions, which are related to this subject, the individual is left completely free to choose between believing or not believing. “Let anyone believe and let anyone deny.” (al-Kahf: 29).

Furthermore, as a form of ending dialogue and discussions with those who do not share the same beliefs and convictions as us, the Qur’an explicitly states: “You have your religion and we have our religion!” (al-Kafirune: 6).

In verse 99 of the chapter of Yunus, we also encounter the important message and suggestion through which all His readers and believers are invited to not force anyone into our faith. An address of these contents was also directed to the Prophet Muhammad himself: “How can one possibly force people to become believers”!

This means that, if God willed it, He would have made all people on the face of the earth His believers. But He did not want such a thing nor did He command it and only He has the true wisdom and knows the reason for this.

In other words, the ultimate instruction for man to believe in God belongs to God, not to man. One can strive to call upon and encourage another to believe in God, but only God can soften one’s heart and turn it towards Him in a convincing and fulfilling way. This truth is also based on the Qur’anic quotation: “God is the One who guides whom He wills and leaves whom He wills unguided”(en-Nahl: 93).

Regarding guidance on the path to faith, we encounter another important Qur’anic message: “Whoever is guided to the right path, is guided for his own benefit, and whoever loses the right path, has lost it to his own detriment. And I am not your guardian.” (en-Nemel: 108).

And in quotation 14-15 of the chapter ez-Zummer, we read the next clear and meaningful instruction: “Say: “I worship only God with my full and sincere faith, and you worship whomever you want instead of Him.”; (Say: O Muhammad): “Clear proofs have already come to you from your Lord. He who sees them benefits himself, while he who closes his eyes to them harms himself. I am not your guardian.”; “If God had willed it, they would not have been idolaters.”; and “We have not made you their guardian, nor are you responsible for them.” (Quotations: 104-107).

Regarding this personal distancing of responsibility by the Messenger himself from towards those who turn their heads away and do not want to be devoted to the word of God, in the Qur’an we read the following passages:

“Whoever obeys the Messenger has obeyed God. As for those who turn away, We have not sent you to be their guardian. “If they turn their backs on you, know that We did not send you (Muhammad) as a guardian over them. “(…)Your people call it [the Qur’an] a lie, even though it is true. Say: “I am not your keeper”.” (al-An’aam: 60).

“We know what they say, but you will not coerce them (to believe). Therefore, advise the Qur’an to anyone who fears My warning.” (Kaf: 45).

“Advise the people (O Muhammad), for you are only a counsellor, and you are not obliged to coerce them.” (al-Gashije: 21-22).

As can be extracted from the meaning of the above-mentioned texts, the Prophet Muhammad was tasked, above all, with portending the announcement but by no means imposing it, nor assume the role of the guardian to preserve the internal spiritual convictions of people. According to the teachings drawn from the full content of the subject matter in question, the essential task and commitment of the Prophet Muhammad was his call to believe in One Sole Creator. The following Qur’anic passages further confirm and strengthen this message:

Therefore, from all that was said above it can be concluded that the human right to believe in God is clearly and deeply guaranteed within the Qur’an itself. Otherwise, if man were not free in his faith, then neither reward nor punishment for him in the afterlife would have any meaning. The issue of belief in God is a close and invisible vertical connection of every human being, which is cultivated and developed according to personal conviction, without force and without imposition. On the contrary, belief in God is not and cannot be natural and fruitful, both for the individual and for society at large.