Frustrated pilots take to skies beyond their borders

With flying small planes almost impossible in Kosovo due to the bureaucratic procedures, the country’s pilots have to train and test their skills in neighboring North Macedonia instead.

Flying enthusiast Albion Idrizi would love to pilot a small plane in his homeland of Kosovo.

But for now that remains a distant goal. The complex bureaucratic procedures surrounding civil aviation in Kosovo have forced piloting fans in the country like him to develop their skills in neighboring North Macedonia instead.

During the former Yugoslav era, 12 small runways operated in Kosovo. But none remain active today, preventing would-be pilots in Kosovo from flying at home – while earning the facilities and airfields in North Macedonia a tidy profit. 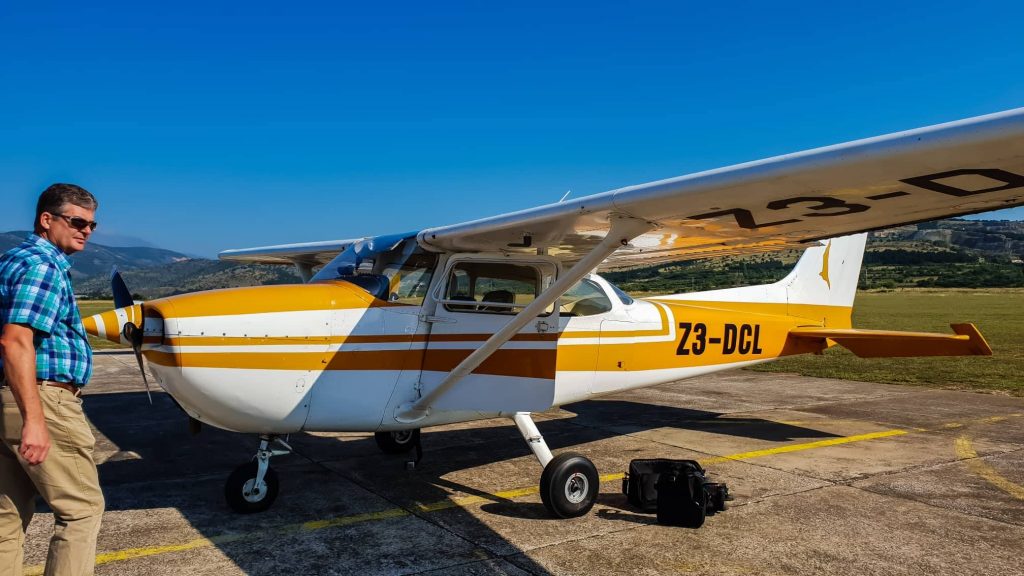 As BIRN found out, it takes a minimum of three days to obtain a permit to pilot a small plane in Kosovo. In North Macedonia, it can take minutes. The country also has several runways for civil aviation flights.

As a result, Kosovars determined to fulfil their dream of piloting small planes have to make their first flights using the clubs and airfields on offer in North Macedonia.

Getting permission to fly a small plane in Kosovo involves procedures that take several days to complete before the Civil Aviation Authority of Kosovo, AAC, gives its approval.

Pilots wanting to fly a plane must obtain permission to fly drones, among other requirements. Another headache is that KFOR, the NATO-led international peacekeeping force in Kosovo, must be notified of everything.

The sheer length of the procedures in Kosovo often makes arranging a flight almost impossible. For one thing, the weather conditions may have changed sharply in the meantime.

In North Macedonia, by contrast, the procedure is very simple. Pilots usually get notification to take off immediately.

Commercial aviation includes a number of different activities and facilities. These range from commercial licensing schools to paragliding centers and other aeronautical activities, such as using small planes to spray crops and carry out airborne vaccinations.

Some pilots use flights to photograph or record terrain from the air. Sports-related activities in the field include parachute jumping.

In the absence of these facilities at home, all these activities have remained undeveloped in Kosovo.

“Aviation in Kosovo started from zero, since we had no previous legislative basis. We had to start with implementing the relevant EU legislation,” explained Kushtrim Musa, director of the Department of Flight Safety in the AAC.

Idrizi, who holds a master’s degree in aviation from the Danube Krems University in Austria, said Kosovo lacks pilots who could in the future be the foundation of local airlines. 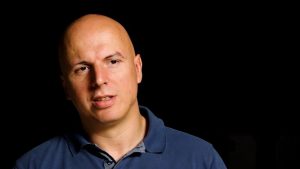 “The good functioning of aviation overall is essential for the development of this country in the long term. We have to start from the foundations and develop aviation here,” Idrizi said.

As yet, there is no licensed school to train pilots to fly small planes in Kosovo, who could then become commercial pilots in the future.

Kushtrim Musa, from the AAC, said he is interested in the prospect of opening a flying school in Kosovo – but such initiatives have gone nowhere so far. In the absence of such schools, all the current pilots from Kosovo are equipped with foreign licenses.

“In the coming years, I look forward to a positive trend in this field,” Musa said. “It would benefit the youth and people of Kosovo to have as many sporting, recreational or private pilots as possible, which would help develop commercial aviation in our country,” he added.

Zero red tape over the border

Although there is no licensed school for pilots in Kosovo, there is a flying club, Aero Club AES, based in Prishtina, complete with pilots, aviation enthusiasts, instructors and mechanics.

But the club has nowhere to practise at home, and so has to exercise over the border in North Macedonia.

For years, it has tried to relocate its activities in Kosovo, but due to various factors, this has been impossible.

“In the absence of opportunities to exercise in Kosovo, and because Kosovo’s airspace is low and limited by NATO, we moved our activities to Skopje,” Blerat Ukaj said. 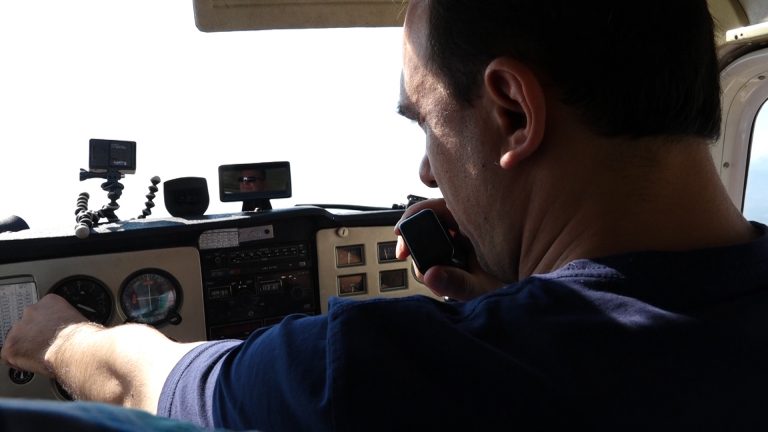 At nearby Stenkovec airfield, a few miles from the border with Kosovo, the club has developed its activities for several years.

“Here we enjoy good hospitality because aviation knows no boundaries. We are pilots everywhere; we are aviation enthusiasts, so we are all one,” Ukaj observed.

Aero Club AES has 12 active members, most of whom are pilots. There are two instructors plus a mechanic with 33 years of experience in aviation. The club maintains two small planes at Stenkovec.

Kushtrim Kadriu, another flying enthusiast, said clubs that have tried to develop in Kosovo have failed to do so because of the bureaucratic hurdles. “Every time you are up for an initiative to develop something in aviation here, failure is almost certain,” he said.

In the meantime, Kosovo’s only licensed airport is Prishtina’s international Adem Jashari Airport.

Twelve older, small airfields in Kosovo could also be used by sports clubs – in theory. But they are all out of action.

“Some of them could be used for general aviation, which would be a good starting point for developing things,” Musa said.

“I don’t know why Kosovo did not do anything to put these airports to the use of the Kosovo Aeronautics Federation but left them under the Privatization Agency of Kosovo. This may be an obstacle because their owners are unknown,” Ukaj pointed out.

“What’s worse is that there is no second airport in Kosovo. That would … avoid overloading Prishtina airport,” Kadriu noted.

In North Macedonia, at Stenkovec, flight bureaucracy begins and ends with a simple green light from the local air traffic control tower.

“We can fly to every part of North Macedonia. It is enough to report to the air traffic control tower about what are we going to do – and they usually approve it,” Ukaj said.

Kushtrim Kadriu, another club member, agrees that it is all very simple. “The instructor just informs the air traffic control tower that we would like to fly at this particular moment. We just inform the control tower that, right now, we want to fly, and everything is fine,” he said.

“Of course, they give us some instructions about avoiding flying through some sensitive areas, but that is a known procedure and is accepted everywhere. Otherwise, all that is needed is to tell the air traffic control tower via the radio-set in Stenkovec,” he explained.

“The flights we make from this aero club are cheap – and obviously we don’t need any permission from the CAA,” agreed Adem Limani, another pilot at the Aero Club. 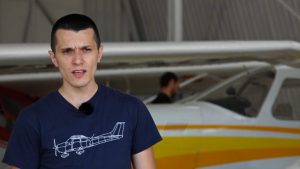 Besides Stenkovec airport, North Macedonia has four other sporting airfields available for use, at Kumanovo, Stip, Prilep and Manastir.

“Aviation in North Macedonia is well developed. They have given a lot of importance to it because, in the former Yugoslavia, aviation was seen as important,” said Limani.

Enthusiasts from Kosovo would like to develop the same activities in Kosovo one day, under the same relaxed conditions.

“We are ready to move all the aircraft we currently own in North Macedonia to Kosovo and develop activities aviation in Kosovo,” Ukaj said. “We should start with panoramic flights and with preparing new pilots. We are ready to do this, the moment we are allowed to operate in Kosovo,” he added.

Idrizi agreed. He cannot wait for the day when he sits in a plane manned by Kosovars alone – starting from the pilot to the stewardesses all the way to the air traffic control tower.

“My dream is to board a plane one day with the pilot, co-pilot and all the stewards Kosovars, supervised by Kosovars and, when the plane takes off, controlled by Kosovars,” he said. “But this is only a dream of mine,” he concluded.

Feature image at the airport of Gjakova: Atdhe Mulla.

Discredited even before losing credentials?