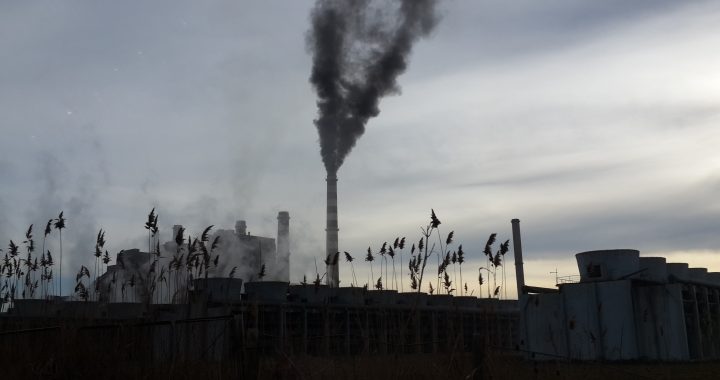 Environmental experts, including the director of the EU’s Energy Community, Janez Kopac, warn Kosovo of the dangers of its continued reliance on coal and the economic, health, and political repercussions this will have for its citizens.

Janez Kopac, the director of the EU’s Energy Community Secretariat based in Vienna, raised concerns over the growing energy policy gap between the EU and countries in the Western Balkans in an article published in March on European online news platform Euractiv.

Members of the Energy Community, including Kosovo, are drifting away from the goals set by EU energy directives and targets for deploying renewable energy sources, said Kopac, claiming that the EU is turning a blind eye to their continued reliance on coal as a primary energy source.

Kopac said that “at a time when the EU strives to achieve net-zero greenhouse gas emissions by 2050, coal still represents 97 per cent of electricity generation in Kosovo.” This makes Kosovo the country in the Western Balkans with the highest share of coal in their energy mix, the combination of different sources used to meet the energy consumption needs.

The Energy Community is an international organization comprising of the EU and the countries of Albania, Bosnia and Herzegovina, Georgia, North Macedonia, Kosovo,  Moldova, Montenegro, Serbia, and Ukraine – referred to as the ‘contracting parties.’ It intends to expand the EU’s internal energy market to include southeastern Europe and the Black Sea region.

Kopac further added that the failure of Western Balkan countries to make polluting industries pay for their carbon emissions is exacerbating the possibility of introducing renewable energy. It creates a misconception that coal power plants generate profit, said Kopac, attributing the blame for this to the EU.

“What makes things worse is that in the absence of a carbon price, the self-illusion of profitability of coal-fired power generation triggers new investments into coal,” said Kopac. “These are intensively supported by Chinese and US capital, without active opposition from the EU. It could be said that the lack of EU action contributes to the prolongation of the use of coal.”

According to a study published in February by the Health and Environment Alliance, HEAL, Kosova A and B emitted the highest levels of particulate matter, PM, in 2016 at 6,324 tonnes, making them the most polluting power plants in the Western Balkans.

A factor that exacerbates pollution is the existence of old power plants in the Western Balkans. Their outdated technology emits substantially higher levels of pollutants when compared to the other up to par European power plants, according to HEAL. Kosovo A and Kosovo B, the two existing power plants, started operation in 1962 and 1983 respectively.

“In 2016, total sulfur dioxide and PM 2.5 emissions from 16 coal power plants in the Western Balkans were almost as high as from the 250 existing coal plants in the EU,” said HEAL.

Even so, Kosovo is still tenacious about its plans to build a new coal-fired power plant. On  December 21, 2018, The Ministry of Environment and Spatial Planning, MESP, granted environmental consent to the UK-listed energy company, CountourGlobal, the winner and sole bidder in the tender to build the Kosova e Re power plant.

BIRN filed a lawsuit against the MESP after identifying violations to Kosovo’s Law on Environmental Impact Assessment, EIA. According to the suit, there was a lack of mandatory public consultation in the process of granting the environmental consent, as is required by article 20 of the law, which states “The main conclusions and recommendations, included in the EIA Report and the proposal decision for environmental consent shall be subject to public debate.”

Kosovo, as a signatory of the Energy Community Treaty, is also legally bound to apply the EU Environmental Impact Assessment Directive, which requires public consultations before granting environmental consent. Moreover, concerns were raised by the Energy Community in Vienna regarding the various subsidies that the government of Kosovo is giving to ContourGlobal to operate in a risk-free and profit-maximizing environment, considering it as a form of “state aid,” which breaches the EU energy free market regulations.

So far, Kosovo and other Balkan countries have taken no steps to follow the EU in its decarbonization pathway. Not only are the reductions in CO2 emissions not being seriously considered, but the Emission Trading Scheme Directive is also being completely ignored, added Kopac.

The Emissions Trading Scheme, established in 2005, is a key instrument of European climate policy. It aims to reduce greenhouse gases by setting a cap on the maximum level of carbon emissions for polluters and establishing a market for emission permits and setting a price for them.

The European Commission is set to make a proposal this year for the 2030 targets of the Energy Community’s decarbonization vision.

However, Kopac claimed that the “the reform capacity of the Contracting Parties is doubtful.” He argued that the social and economic conditions render the Western Balkans incapacitated to make reforms.

“After neglecting for years the decarbonization imperative on regional and national levels, the reform efforts in an already difficult social-economic environment would have to be doubled or more,” he said.

Sonja Risteska, Project Officer at Agora Energiewende, a German decarbonization program, explained why this would be difficult to realize in Kosovo during an Energy Transition Conference held  in Prishtina on March 27.

“The countries in the region are quite small, if you look at them as individual units they will need a lot of resources and a lot of funds in order to meet EU targets of 2030 and 2050. And of course the Energy Community insists that the region have one joint market, and for the [Western Balkans] region to join the European Energy market in the future as one unit.”

Kopac recommended that the European Commission propose the Emissions Trading Scheme and Air Quality Directives for adoption by members of the Energy Community.

Kopac ended on a positive note, recommending that the EU “should gradually impose a CO2 price, and start with gradual taxation of CO2 emissions.”

He suggested that the contracting parties, the Western Balkan countries in particular, need to define their low carbon pathways and close the widening energy policy gap, better aligning themselves with the EU directives.

“Most importantly, the EU must stop closing its eyes,” he said. “The widening energy policy gap will move the Contracting Parties, especially the Western Balkan countries, not closer to the EU, but further away.”

This leads to high health and financial costs, as Prishtina is commonly at the top of the list of most polluted cities in the world, added Kopac.

Kopac said that if Kosovo were to join the emissions trading scheme, the burden to pay for the cost of pollutants coming from the power plants would fall on the customer.

“The price of electricity for households would have to be increased by some 45 per cent in Kosovo,” he said.

Dardan Abazi from the Kosovo Institute for Development Policy, INDEP, further argued at a conference in Kosovo on energy transition in March that Kosovo can not ensure the availability of energy at an affordable price with the Kosova e Re power plant deal, as the prices would exponentially increase. According to Abazi, this would not only pose a financial burden to citizens but would also contradict the Energy Community mission.

“If the average import price in the past 10 years has been somewhere up to 57 euros, we are signing a contract that will take the price to 80 euros, then it will raise prices unmanageably,” said Abazi.

“What energy security are we talking about, if we cannot afford the prices? We will have energy poverty as a result of the costs, which will be quite high for the integrated market whose idea is endangered by this investment,” concluded Abazi.