A glimpse of girlhood in a small Croatian village

A review of Something About Life, Nebojsa Slijepcevic’s short documentary shown at Dokufest 2016, which follows pre-teen girls as they navigate everyday life in a Croatian foster home.

The film that has stuck with me the most from Dokufest 2016 is the one I stumbled into accidentally.

On Sunday night, I mixed up the locations for the film I meant to attend and instead found myself descending into the tiny make-shift basement theater Kino Klubi. But as Croatian director Nebojsa Slijepcevic’s Nešto o životu (Something About Life) filled the screen, I chose to settle into the leather couch seat and give it a chance. I was immediately won over by the film’s charm. 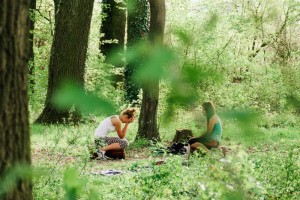 Something About Life is a short documentary following eight pre-teen girls living with foster home caretakers in a small Croatian village. It’s a raw and endearing depiction of girlhood condensed into a 30 minute short; what a pleasure it is to watch a film and to not once feel restless, but to instead walk away wanting more.

Rather than constructing a picture of the girls’ backstories, the film simply weaves together scenes from everyday life — check-ins with therapists, work in the garden, playful wrestling matches on the sofa, and music lessons with professional drummer Branko Trajkov Trak.

Shortly into the film, the director turns the attention on one girl in particular. Ivana is worth every moment of focus. At times she is angsty and self conscious and distances herself from the other girls, and she shares her internal conversations about this with the camera. She is genuine, charming, sassy, self aware, and above all, incredibly relatable in her own musings about life as a pre-teen. One moment, I’d laugh out loud with her when she giggled at herself, and in the next, I’d well up with emotion during her moments of melancholy and remember my own pre-teen relationship with myself. 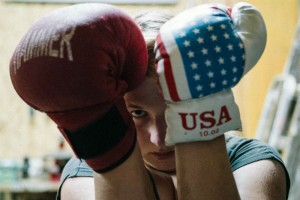 Slijepcevic’s choice not to ask or reveal more about Ivana’s history is important. His ability to portray the banality of the everyday and to still somehow translate incredible depth is profound. Yet he also makes viewers aware of his presence. Ivana occasionally acknowledges him, and he occasionally speaks back to her. When Ivana asked him what his movie will be called, he asked for her opinion. “Oh, I don’t know, something about life.”

by Lura Limani
Next: Big Deal