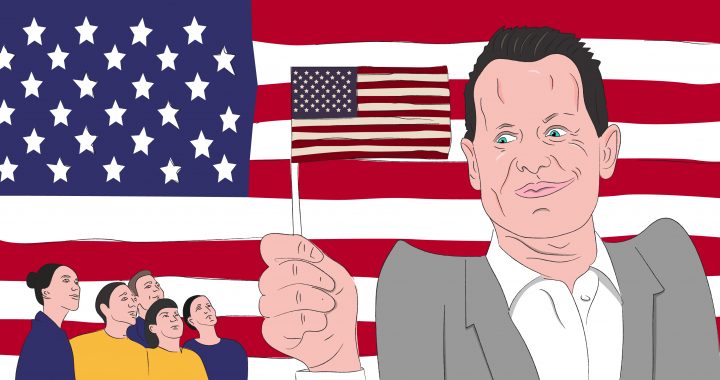 Dignity is a right enshrined in many modern democracies, including the Kosovo Constitution, but sadly it is something many of Kosovo’s politicians seem to forget in its dealings with the United States.

At the heart of Georg Friedrich Hegel’s philosophy is the idea of human history as a struggle for recognition. Like other moral philosophers before him, including Immanuel Kant and Jean Jacques Rousseau, Hegel argued that individuals have an intrinsic dignity that requires recognition from others.

In antiquity, this notion of dignity was a privilege associated with social hierarchy. Only aristocrats, warriors, heroes, and similar groups of high social and political status could claim dignity. Everyone else – the poor, slaves, women – were undignified individuals.

It was only in the 18th century that major events, such as the French Revolution, propelled the idea of human dignity to a universal level. From there on, the master – the king, the slave owner, the plutocrat – would have to recognize that dignity is not a privilege for the rich and the powerful, but a moral core that defines an individual and a community, in relation to others.

To talk of human dignity in the context of international politics and Machiavellian intrigue may strike some as fanciful and impractical. And sure enough, pleading for an ethical and respectful treatment when one deals with the current US president may sound irrelevant and naive.

It is indeed a tragedy that if you need a good standing with the US government these days, and are not a skilled sycophant who knows how to massage Trump’s ego, you may suffer consequences. Even if you’ve learned to play this insidious game, there is no guarantee that he won’t turn against you and use his political power to slander or inflict harm on you, your family or your community. He’s done it repeatedly. Values and norms seem pointless and irrelevant to the current US president.

And yet, for many years social and political thinkers have returned to Hegel’s idea to explain how demand for dignity has been the driving force behind many political movements from universal suffrage, decolonization, feminism, the LGBT movement, and others.

Earning the right to vote is not enough if your voice or newly acquired freedom is not validated and respected by others. Why work to gain a higher income if respect does not come with it? Dignity has become intrinsic to democracy itself.

This explains why dignity has been enshrined in many constitutions, including in countries such as Germany, Italy, Japan, Israel, South Africa, and Ireland. The first article of the German Basic Law states that “Human dignity shall be inviolable…” Almost the exact same words appear in Article 23 of Kosovo’s constitution: “Human dignity is inviolable…”

Unfortunately, Kosovo politicians have failed to elevate the concept of dignity to the forefront of their minds in their dealings with other countries. The decades-long struggle the people of Kosovo have gone through was not merely to throw off a murderous regime in order to subordinate themselves to the chicanery and whims of another power that humiliates them – as is happening under the current US administration. And nothing is more at stake in the current relationship between the US and Kosovo than human dignity.

Freedom is not only liberation from an abusive relationship. True freedom, whether for an individual or community, demands recognition of human agency, the right to blunder in governing one’s affairs, the right to bicker, the right to screw up, the right to a dignified treatment, regardless of power status.

None of this seems to matter much for someone like Richard Grenell, the current US Special Envoy for the Kosovo-Serbia Dialogue. In his aggressive approach to convince Kosovo’s government to remove tariffs on Serbian goods, Mr. Grenell arm-twisted and pitted Kosovo politicians against one another until they succumbed to his pressure and brought down their recently elected government in the midst of a global pandemic.

True, there are trade and technical issues to be solved between Kosovo and Serbia, which Mr. Grenell has been working to address on behalf of the Trump administration. But his approach to the fraught relationship between the two countries is reduced to a mere transaction.

This is essentially a Trumpian philosophy that grossly simplifies a complex political and social situation into a business deal. The idea is to ignore recent history, human rights, justice, unresolved political grievances, and dismiss norms and values people hold dear. It is a confrontational and bullying approach.

This is what Mr. Grenell is telling Kosovars: forget everything Serbia has done or is doing to you. Forget its refusal to account for war atrocities against your people, the missing victims, the ongoing obsession to delegitimize your statehood and the sabotage of your efforts to integrate Kosovo Serbs. Ignore Serbian politicians who have done everything possible to undermine your fragile stability and freedom. Forget the humiliation. None of this matters. You have almost no right to ask for dignified treatment. Tariffs may just be a symptom of all this monstrous background, but in the Trumpian transactional world, there is no patience or respect for a nuanced story.

Let’s ignore politics, Mr. Grenell suggested recently. A generous interpretation of that statement is to conclude that he is perhaps ignorant of the fact that politics overshadows almost every unresolved issue in the Balkans. But that statement seems to be more of an expression of deep-seated cynicism about cultural and social complexity of other people – a central feature of the current US foreign policy.

Mr. Grenell’s most bizarre stance in this charade, however, has been to insist that he was pushing Kosovo’s government to drop tariffs because they harm ordinary Kosovars and that he is concerned about their welfare.

This is both disingenuous and hypocritical. Mr. Grenell is fully behind his boss whose administration has imposed harsh tariffs on imports China that harm vulnerable working Americans.

When asked if the U.S. president should heed the advice of European leaders and remove tariffs on Chinese imports, Mr. Grenell replied that Europeans should actually follow Trump’s tariff policy and be tougher with China.

The Trump administration has also reportedly used the threat of import tariffs to achieve its own foreign policy objectives. In January the Washington Post stated that the administration threatened to impose a 25% tariff on European automobile imports if the United Kingdom, France and Germany did not formally accuse Iran of breaking the 2015 nuclear deal.

It is painfully obvious then that Mr. Grenell’s concern for the welfare of Kosovars is just a bullshit talking point. But the sad fact is that some Kosovo politicians have failed to see Mr. Grenell’s insult, subtly disguised as well-intentioned negotiation. And until these politicians learn, on behalf of their country, to demand respect in this asymmetric relationship, they will always be treated as little more than vassals without a drop of dignity.