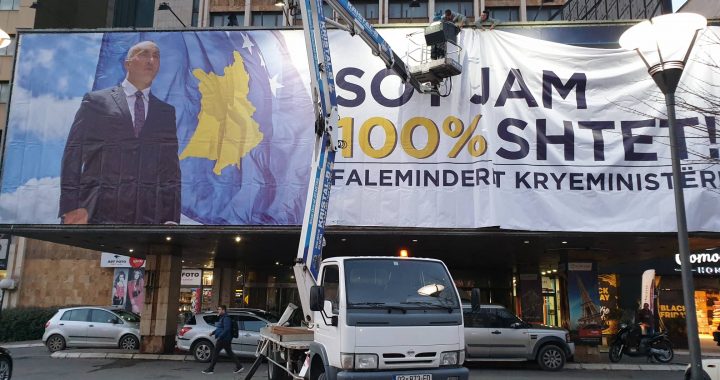 The economic barriers that Kosovo has imposed on Serbia since November 2018 are harming the country’s own consumers by sharply forcing up prices, latest analysis suggests.

Kosovo will see significant price rises and an overall reduction in its purchasing power as a result of the high taxes it has imposed on imports from Serbia and Bosnia, experts have warned.

A recent assessment by Veritas Global, a Swiss company that provides economic services, claims that because of this significant fall in purchasing power, Kosovo citizens will buy less goods.

It says purchasing power will drop by 6.4 per cent per year due to 33 per cent higher import costs on goods impacted by tariffs. In monetary terms, the cost will be 149.8 million euros each year.

These results are attributed to the fact that Kosovo has failed to substitute the tariffed goods and increase its domestic production, which is confirmed also by a study of the GAP Institute in Kosovo.

In the short term, prices in Kosovo are expected to rise by 24.8 per cent and in the mid-term by one third of their current price.

“As a landlocked territory with relatively weak logistics infrastructure and a small domestic market, it will be costly for Kosovo to find substitutes for Serbian imports,” George Anjaparidze, CEO of Veritas Global, said.

Local companies are expected to feel the impact of higher logistical costs, as Kosovo has a less developed transit infrastructure, as well as lower competition.

Prices are also impacted by search and switching costs, where importers change suppliers and create new contracts, and also by delay and disruption, as local importers take time to adapt to the unplanned imposition of the import taxes.

“While an average loss of purchasing power of 6.4 per cent might not sound like a lot, it is the equivalent of 23 days of less consumption per year. Furthermore, we expect lower-income households to be worst impacted, particularly due to higher food prices,” Anjaparidze said.

“The key challenge for the Kosovo economy is to achieve higher private-sector and export-led growth,” the IMF mission said.

The Kosovo government initially imposed a tariff of 10 per cent on Serbian goods on November 6, 2018, citing Serbia’s “negative behaviour” towards Kosovo’s statehood and its international campaign against Kosovo’s recognition.

The decision to sharply increase this to 100 per cent was made on November 21, a day after Kosovo failed to secure the support of two-thirds of Interpol’s 192 member states to join the international police organisation, a failure which it blamed on Serbian lobbying.

Since then, Prime Minister Ramush Haradinaj has faced international pressure to revoke the import taxes.