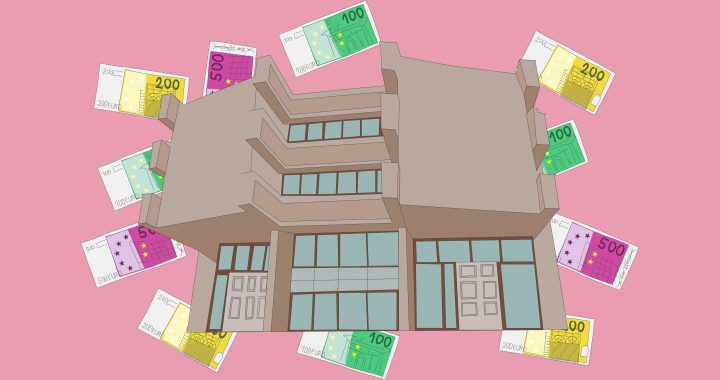 Drawing from the experience of diaspora communities throughout the world, Kosovo should sustain and improve its economic and diplomatic ties to their nationals living abroad

We often ask ourselves how the diaspora, people who migrate from developing countries, can help the development of their home country. Do they share portions of their salary with the country, or offer their talents and skills? Can migrants and migration assist a country and push forward its progress and development?

In the past 38 years, one may say that the role of the diaspora in international politics has intensified significantly. If we analyze active policies of diaspora communities, such as Jewish, Greek, Cuban and Armenian-American associations, we can see how strongly they represent and lobby in the United States of America.

As diaspora groups have done in the face of different conflicts throughout recent history, Kosovo diaspora groups played a very important role in encouraging the United States and Europe to intervene before the Kosovo war.

This is an example of how the diaspora plays quite an important role in the politics of a country. For example, countries like Israel and Armenia consider their diaspora as very active in political strategies. Countries like India and the Philippines enjoy the massive contributions that their respective diasporas offer through yearly remittances.

Data from Kosovo’s Central Bank shows that in 2017 was a peak year regarding remittances sent to Kosovo, compared with earlier years. According to the data, 759 million euros were sent by the diaspora to Kosovo in 2017. Since 2011, remittances have continuously risen. They were lower between 2008 and 2011 during the global financial crisis.

Diaspora investments in Kosovo are considered as direct foreign investments.  A survey that examined Kosovo businesses shows that 25 per cent of business were either founded by diaspora members or are somehow funded by them, displaying the important role that the diaspora plays in creating jobs.

Many members of diaspora communities, like the Greeks, Jews, Armenians and the Chinese have become powerful entrepreneurs. Some of these businessmen were politically significant in the places to where they immigrated, but more often they were weak and had to fight against discrimination.

Political interests and activities within diasporas are nothing new. Historical studies of emigrant communities show a large scale of political engagement even 100 years ago. The weight of interests and support of the diaspora often brought unique forms of representation in governments and ministries that are dedicated to diasporas.

We can mention the role of the Croatian diaspora in the 1990 elections as an example. Croatians abroad contributed four million dollars to Franjo Tudjman’s electoral campaign, and the diaspora was later given 12 seats out of 120 in the Croatian parliament.

Many governments now offer their diaspora nationals special bank accounts in foreign currencies that help the transfer of money back home, which is sought after in many countries (developed or not), stimuli or obligations for investments abroad, customs or import encouragement, special property rights or privileged access to specific economic zones. Such a thing needs to happen with the Kosovo diaspora too.

The more support and privileges are offered to the diaspora, the more benefits will Kosovo have as a country. However, to keep the diaspora politically interested and supporting financial flows, politicians discussing migration often use solidarity among their citizens. An example is Irish President Mary Robinson who in 1990 declared herself leader of the extended Irish family outside of the country.

Kosovo too is a good example of diaspora contribution during the 1980s, engaging various activists in Europe and the US who initially spread the word about problems in Kosovo. It is also important to mention the financial support sent during the 90s when Albanians were evicted from their workplaces. This assistance was used in different fields, but noteworthy to mention was the large investments that went towards healthcare, so that they could at least save the lives of students and pupils that were attacked during this time.

So, diaspora play an ever-increasing role in the development and building of nations in poor countries, and they have seen big transformations, such as countries in eastern Europe and former Soviet states.

One of the most well-known organizational programs playing a role in development through diaspora is the UN Development Program’s Transfer of Knowledge through Expatriate Nationals, TOKTEN. The program in Turkey in the 1970s and has now been established in 50 other countries, supporting thousands of migrant nationals with professional expertise to go back to their countries of work for weeks, months, or even longer.

Diaspora communities take the lead in changing the nature of states and nations. Today, migrants have many connections, and through modern technology communication is made easier and gives more opportunities for the diaspora to have a stronger link with their country. Their identities and political practices can easily form between and within the context of the two places.

Lyra Hadri has a bachelor’s degree from the Economics Faculty at University of Prishtina on management and informatics. With extensive working experience in Kosovo, she continued her graduate studies at the London Metropolitan University on psychology, organizational psychology and consumption. She is currently a volunteer for an NGO and does freelance consulting and coaching for businesses and individuals.