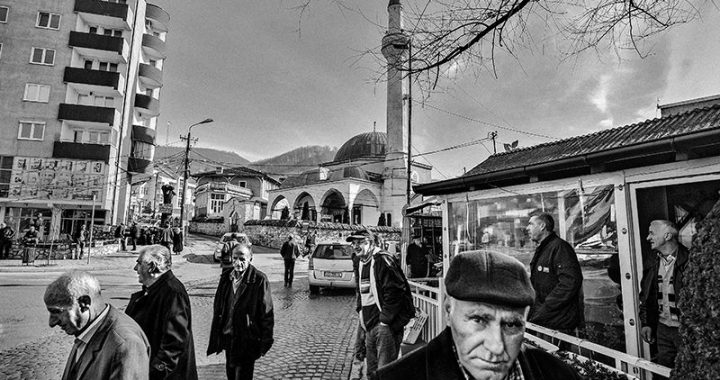 Report published by the Norwegian Institute of International Affairs criticizes media coverage of radicalization in Kosovo, claiming it both exaggerated the issue and simplified motives.

While international coverage of Kosovar foreign fighters in Syria managed to bring the issue of radicalization to international attention, quite often media reports were simplistic and lacked nuance, a new report published by the Norwegian Institute of International Affairs, NUPI, claims.

Published in May, the working paper, titled “Radicalization and foreign fighters in the Kosovo context: An analysis of international media coverage of the phenomena,” takes a critical look at international media coverage of issues pertaining to “jihadi radicalization and foreign fighters from Kosovo.” It is the first publication of a NUPI project on the impact of radicalization and terrorism on Kosovo-EU relations, which began in late 2016 and is expected to conclude with the publication of a policy paper.

Written by senior researcher Rita Augestad Knudsen, the report highlights key themes of international coverage of the issue of radicalization in Kosovo, including articles by the New York Times, Newsweek, the Nation, as well as Sputnik, Russia Today, and B92.

Augestad Knudsen, who has a PhD from the London School of Economics and has published research on Kosovo before, was following the international coverage on the Kosovo ‘jihadi issue’ since 2013, and became suspicious of its veracity.

“The international media reporting seemed sensationalist and I wanted to explore whether it presented an accurate picture of the situation,” she told Prishtina Insight over Skype. The report, which includes an extensive survey of international media content, secondary and academic literature, as well as 50 original interviews, claims that international media coverage was at times misleading or lacked nuance, especially when reporting on the number of Kosovar fighters, motives and reasons for radicalization and travelling to Syria, as well as the Kosovo government’s response to the issue.

“Most countries now have their own particular challenges when it comes to radicalization, and Kosovo too has significant ones – but in much of the international media reporting these have been exaggerated,” Augestad Knudsen explained. In 2016, for example, the New York Times ran with the front page headline “Making Kosovo Fertile Ground for ISIS,” stirring a local and international debate about Kosovo’s ‘ISIS problem.’

According to Augestad Knudsen, much of the international reporting draws a too simplistic connection between poor socioeconomic conditions and the potential for radicalization.

Citing an unemployment rate of at least 57.7 per cent among youth, Augestad Knudsen believes that it is not only a question of “low socio-economic” standing but rather of inactivity.

“The problem is not just the lack of jobs, but inactivity, that is the lack of all kinds of organised activities, especially for young people,” Augestad Knudsen said. “While people from all layers of society can be and have become radicalized, the international media seems to focus almost only on poor people with low education.”

At the same time, Augestad Knudsen argued, if looking at the demographic profiles of European jihadis as a group, there are many in Kosovo who would seem to have the same characteristics: “socio-economically poorly-performing and unemployed men.”

“But in that respect,” she added, “you might as well ask why there are so few [in Kosovo] who are attracted to become part of jihadi groups.”

According to official figures Augestad Knudsen’s report cites, as of March 2017, 316 Kosovars left for the war zone in Syria and Iraq. But not all can be described as fighters according to the report, which claims that 38 women and 28 children who also left are unlikely to participate in combat.

Per capita, this number is high, but if one considers that 95 per cent of Kosovo’s population identify as Muslim, the number is not as alarming as reported, the report argues. Furthermore, not a lot of attention has been paid to the cultural context and potential motives of people who left for combat zones, which cannot be reduced to terrorist propaganda alone.

With ISIS propaganda in Albanian focusing on the suffering “of fellow Muslims,” Kosovar foreign fighters could have gone to help civilians, other Muslims, or even descendants of Albanians, the report argues, adding that this historical-cultural context is mostly absent from English-language coverage.

According to Augestad Knudsen, another factor that could have contributed to the representation of Kosovo’s radicalization problem in international media is the polarized debate about religion in Kosovo.

“It seems likely that the language of international journalists may have become a bit more dramatic after having talked to domestic journalists, who again could have been influenced by this polarized debate,” Augestad Knudsen explained.

The report also notes that media from countries that opposed the NATO intervention during the Kosovo war present terrorism as a greater problem in Kosovo than it presumably is.

“It was a bit striking to notice that media outlets based in those countries — although there were exceptions — who were opposed to the NATO intervention and Kosovo’s independence, such as Russian and Serbian English-language media, seemed to represent the threat of radicalization in Kosovo as greater than did the outlets based in countries that supported these events,” said Augestad Knudsen, who says that it seems like some of this reporting implicitly argues, ‘you see what has happened and how Kosovo has become a jihadi haven, we were right and its statehood was wrong from the start.’

According to Augestad Knudsen’s research, most English-language media has praised the actions of the Kosovo government against terrorism “as timely, harsh, and effective,” especially considering the wave of arrests related to terrorism charges (over 130 according to the report). But she is wary about the ways in which the cases have been handled.

“From the outside, the [arrests] seemed a bit showy. This could have been a strategy to scare others away from conducting similar crimes, and this might have been effective, although this would be hard to measure with any certainty,” said Augestad Knudsen.

The situation is further exacerbated by the potential for radicalization in prison, an issue faced throughout Europe.

“Prison radicalization is not a challenge particular to Kosovo, but it’s something that needs to be taken very seriously,” said Augestad Knudsen.

“The Ministry of Justice has denied that prison radicalization is an issue in Kosovo, which is not a good start. This is an issue everywhere. Merely removing some books from prison libraries will not be enough.”