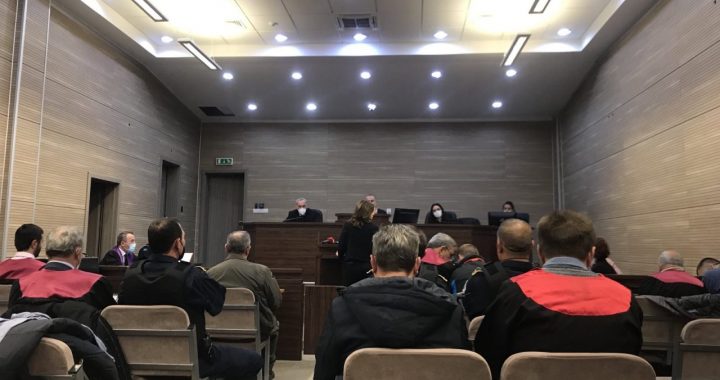 The vice-president of murdered Kosovo Serb politician Oliver Ivanovic’s political party declined to name the organised criminal groups that he warned about before he was shot dead in 2018.

Ksenija Bozovic, who was the vice-president of Oliver Ivanovic’s Freedom, Democracy, Justice party, declined on Tuesday to tell Pristina Basic Court the names of organised criminal groups which the slain politician warned her about before his murder in Mitrovica in Kosovo in January 2018.

“If someone tells you to be afraid of organised criminal groups, they should have told you who. You could not have been cautious of every citizen in the north [of Mitrovica],” presiding judge Valon Kurtaj told Bozovic.

However, Bozovic told the court: “I was never told [by Ivanovic] specifically who he was in danger from.”

She insisted that she “was not pressured” and did not know most of the people in Serb-majority North Mitrovica despite having been born there and having lived there for the past 30 years.

Faruk Korenica, the lawyer for one of the defendants in the trial, Nedeljko Spasojevic, told media after the hearing that he believes that Bozovic was frightened.

“The witness in my opinion is very scared and is not telling the truth,” Korenica said.

“For peripheral things, she has been able to tell what happened at every second and for the main things of this criminal case she says she has forgotten, she does not remember, which is not acceptable,” he added.

He called on the special prosecutor in the case to “read the statements she had given in advance and show why she is now changing her words”.

Bozovic testified on Monday that Ivanovic had said publicly that he was being threatened, particularly during the 2017 municipal elections in Kosovo, when he was a candidate for mayor of the Serb-dominated North Mitrovica municipality.

Bozovic was asked on Tuesday about advertisements for the Belgrade-backed Kosovo Serb political party, Srpska Lista, which showed Ivanovic with a target on him, and which caused him to give up his candidacy for the mayor of North Mitrovica in the 2017 elections.

“The advertisement was on TV and was paid for by Srpska Lista,” she confirmed.

Four of the defendants in the trial – Marko Rosic, Silvana Arsovic, Rade Basara and Nedeljko Spasojevic – are accused of being members of a joint criminal enterprise that murdered Ivanovic outside his political party’s office in Mitrovica in January 2018.

Two police officers, Dragisa Markovic and Zarko Jovanovic, are also on trial, accused of evidence-tampering in the case. All of the defendants have pleaded not guilty.

Kosovo Serb businessmen Milan Radojicic and Zvonko Veselinovic have been accused of being the leaders of the organised criminal group that killed Ivanovic.

Radoicic, who is also the vice-president of Srpska Lista, is widely seen as the real power-holder in Serb-majority northern Kosovo. He has denied involvement in Ivanovic’s murder.