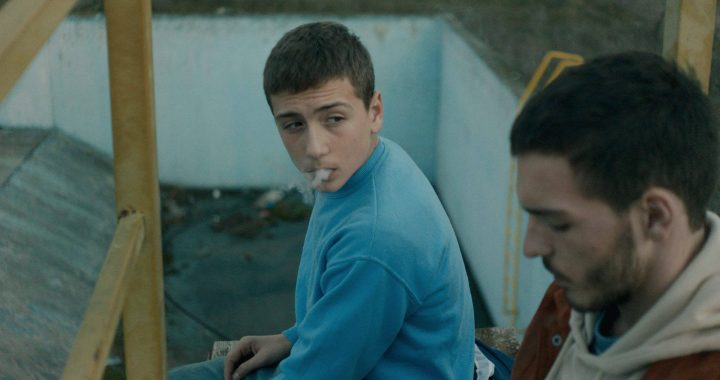 On Saturday night, notable Kosovo films capturing the challenges and aspiration of migrants and displaced people around the world will be screened at Kino Armata for the Global Migration Film Festival.

This Saturday, Kino Armata will host a movie screening of several short films and documentaries as part of the Global Migration Film Festival, organized by the International Organization for Migration in Kosovo, IOM.

The festival, which takes place across 100 different countries, aims to shine a light on different aspects of migration, telling personal stories of integration and identity of those living outside their counties, migrants in transit and people who have been forcefully displaced.

Dren Berishaj, IOM consultant and organizer of the screenings in Kosovo, explained that the films hope to show the more intimate and human aspects of migration, going beyond statistical migration data and lifting the veil of prejudice.

“As we are seeing the world on the move, and considering that migration is such a large issue specifically today, the IOM global film festival was organized not only to raise awareness about statistical numbers, but to tell local stories and show the real face behind migration, the challenges and hopes in the societies in which they live,” Berishaj said to Prishtina Insight.

IOM Kosovo has worked closely with returnees, minorities, displaced persons within Kosovo and the region since 1999, aiming to contribute to their social integration, cohesion and community stabilization.

“We will be screening some of movies that are from the official selection, and showing the films that are made in Kosovo too,” said Berishaj. “We feel that it’s important to have a local context.”

Sarah Veltmeyer’s 2017 film “Kiem Holijanda” will be shown, following the story of two brothers in a small village in Kosovo with two very different sets of aspirations. “Zvicra” by Kosovo director Fisnik Maxhuni will also play, exploring aspects of Albanian identity for the Kosovo diaspora in Switzerland.

The main short film being shown on Saturday is the BAFTA award winning “Home” by David Mulloy, which was produced in the UK and Kosovo, 2017’s Best Short Film, telling the story of an English family swept up in the flow of thousands of migrants arriving in Europe.

The film festival ends officially on December 18, marking the International Day of Migration.

Berishaj hopes that the films will act as “educational tools that influence perceptions of and attitudes towards migrants, as well as being an innovative creative avenue for normalizing discussions of migration through storytelling.”

The screenings of the Global Migration Film Festival will take place at Kino Armata in the center of Prishtina on Saturday from 6pm. For the whole schedule, check out the festival’s Facebook event.