Shortages of essential drugs for COVID-19 and their skyrocketing prices are leaving many Kosovars with sick relatives in debt.

Sitting on a bench in the courtyard of the Infectious Diseases Clinic in Prishtina, the tiredness in Adem Shala’s eyes was evident.

For eight days in a row, he has been taking breaks on those seats, accompanying his father, who has been hospitalized in the clinic since becoming infected with COVID-19.

The 43-year-old, from the municipality of Lipjan, who has been staying in and around the clinic all day long, says he has to buy the drugs his father needs, which the clinic’s medics have prescribed.

“I have to purchase most of the drugs myself, apart for some antibiotics, and then cover my own travel expenses and everything else,” he notes, adding that the expenses have topped 500 euros so far, over eight days. 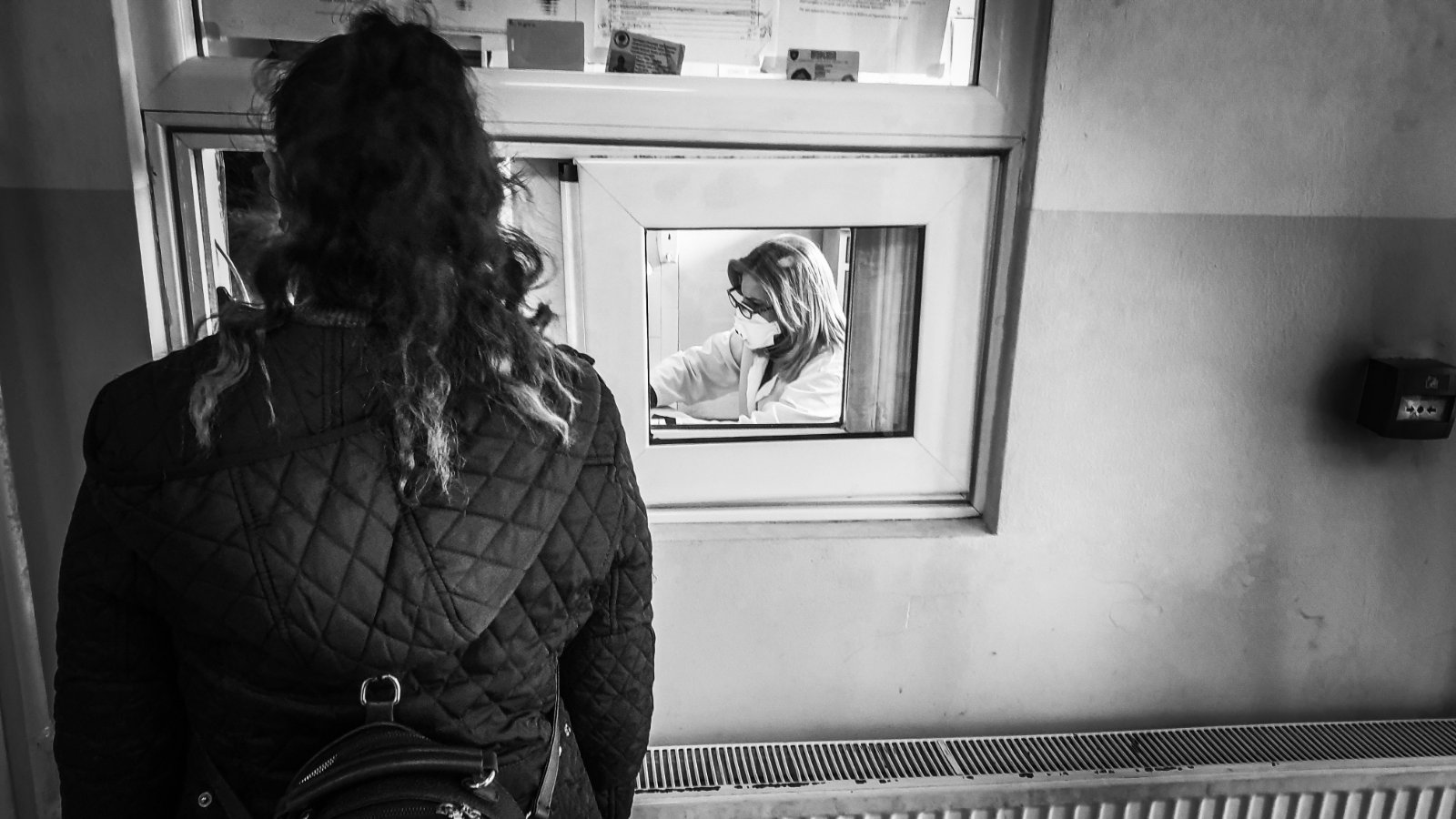 In addition to paying for his father’s medication, his financial situation has been further damaged by the fact that he cannot work as a taxi driver – the only source of income for his family of five.

“Apart from the expenses for my father, I am not able to do my work, and my whole family depends on my job,” he says.

“My financial situation is not good at all. Even if I now work for two months, I won’t compensate for the losses of one week,” he adds.

“I have to go into debt now, because I cannot leave my father to die because of a lack of drugs.”

A few meters away, in the same courtyard, Greta Dervisholli, from Fushe Kosove, has the same dilemma.

Her grandmother is in the hospital, and she is worried because her health is now deteriorating, after 11 days.

“Her condition is serious today. But there are no free beds in the ICU ward; the doctors say they have no other choice because of the number of cases,” Dervisholli says.

Like Shala, she and her relatives are forced to sit in front of the clinic for hours a day, because they often have to go and get drugs for her grandmother.

“I have to buy most of the drugs myself. Whenever a doctor prescribes any drugs, and they’re not provided by the hospital, I have to buy them. Also, every time they change it, [the medication], I have to buy that myself as well,” Dervisholli says.

According to her, even essential drugs are in short supply. “The cannula needles, for example, are injected only once, then have to be changed every six hours. They [the hospital] only provide it once; you have to buy them yourself if other needles are needed,” she points out. 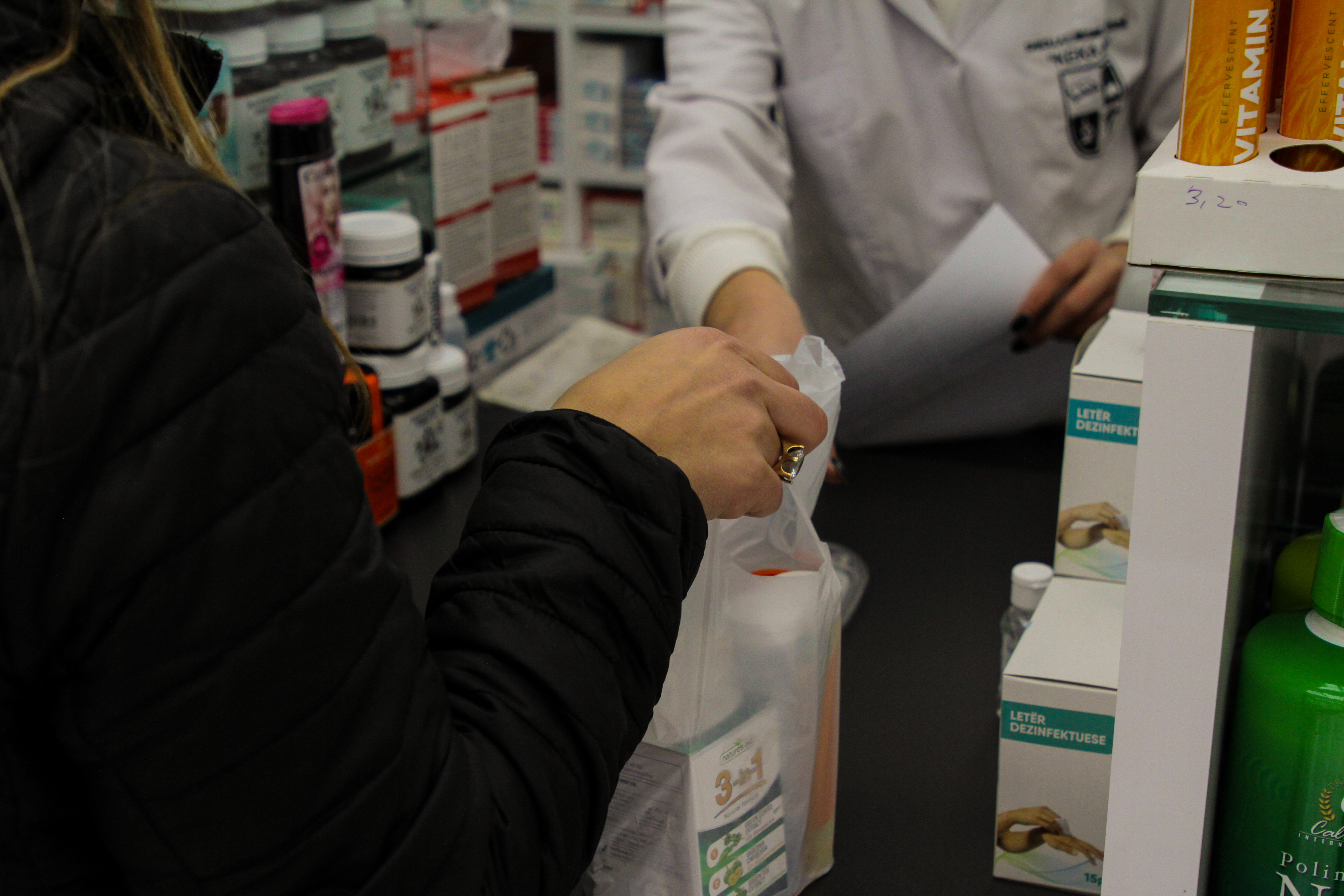 Dervisholli says her family spent about a thousand euros on drugs within a week, which included Remdisevir, whose price reached about 200 euros a packet in private pharmacies last week.

The shortage of drugs is confirmed by the clinic director, Lindita Ajazaj-Berisha. “It is true that we face shortages of medicines. We have cases when we are short for a few days – but in the meantime we do order supplies,” she told BIRN.

The lack of drugs is not the only thing worrying Kosovars since the pandemic started in March. More than 35,000 positive  cases have been reported in the country since then.

Besides the overall health crisis and shortage of drugs, the prices of some medicines on the market have soared.

Last week, BIRN reported that the price of Remdisevir – the drug bought by Greta – was rocketing, as it was only on sale in private pharmacies and could not be found in clinics.

Last week, BIRN asked a pharmacy inside the University Clinical Center, UCCK, about the price of this medicine. “We sell it on a daily basis,” the pharmacist told BIRN, requesting anonymity. “We are charging 185 euros,” she added.

On Monday, BIRN spoke with another pharmacist in Prishtina who, on condition of anonymity, told BIRN that this week the price for Remdesivir had dropped back to only 50 euros, a drastic fall since last week.

BIRN asked the Ministry of Health about why these drugs were fluctuating in price so much, but did not receive an answer by the time of publication.

Remdesivir was the first drug approved by the European Union to treat COVID-19; it helps reduce the time needed for healing.

However, as it cannot be found in UCCK clinics where patients are treated with COVID-19, patients’ families are forced to try private pharmacies.

The director of the Clinic for Infectious Diseases says they are short of this medicine in her clinic as well.

“We apply clinical indications concerning where, and who to use Remdesivir on, because we only have another medicine in the clinic, which is Favipiravir. We treat some people with that medicine and others with Remdesivir, depending on the clinical situation,” Ajazaj-Berisha explains.

Regarding the shortage of this drug, the Ministry of Health says Minister Zemaj has approved a recommendation of the Kosovo Agency for Medical Products and Equipment to import it.

But this ministry could not respond how long this would take, and when it would be provided or added to the list of free essential medicines.

BIRN asked Kosovo customs spokesperson Adriatik Stravileci to explain how much Remdesivir was imported this year. Despite promising to respond, Stavileci did not provide the data by the time of publication.

Costly treatment can last for months

Another resident from Fushe Kosova N.Sh, who wanted to remain anonymous, also complained about the cost of paying for those affected by COVID-19. Some weeks ago, his father, wife and daughter all tested positive.

Although they did not need hospitalization, N.Sh said the treatment and pills required by doctors was still costly.

Besides purchasing drugs, he had to pay for examinations by doctors and for x-rays.

N.Sh said the costs of initial check-ups and lung x-rays was about 45 euros. Then other therapies recommended by a pulmonologist and re-examination a few days later cost another 70 euros, not excluding other costs for basic medicines.

Even without needing to buy Remdesivir or other more expensive antibiotics, he says he still spent hundreds of euros. 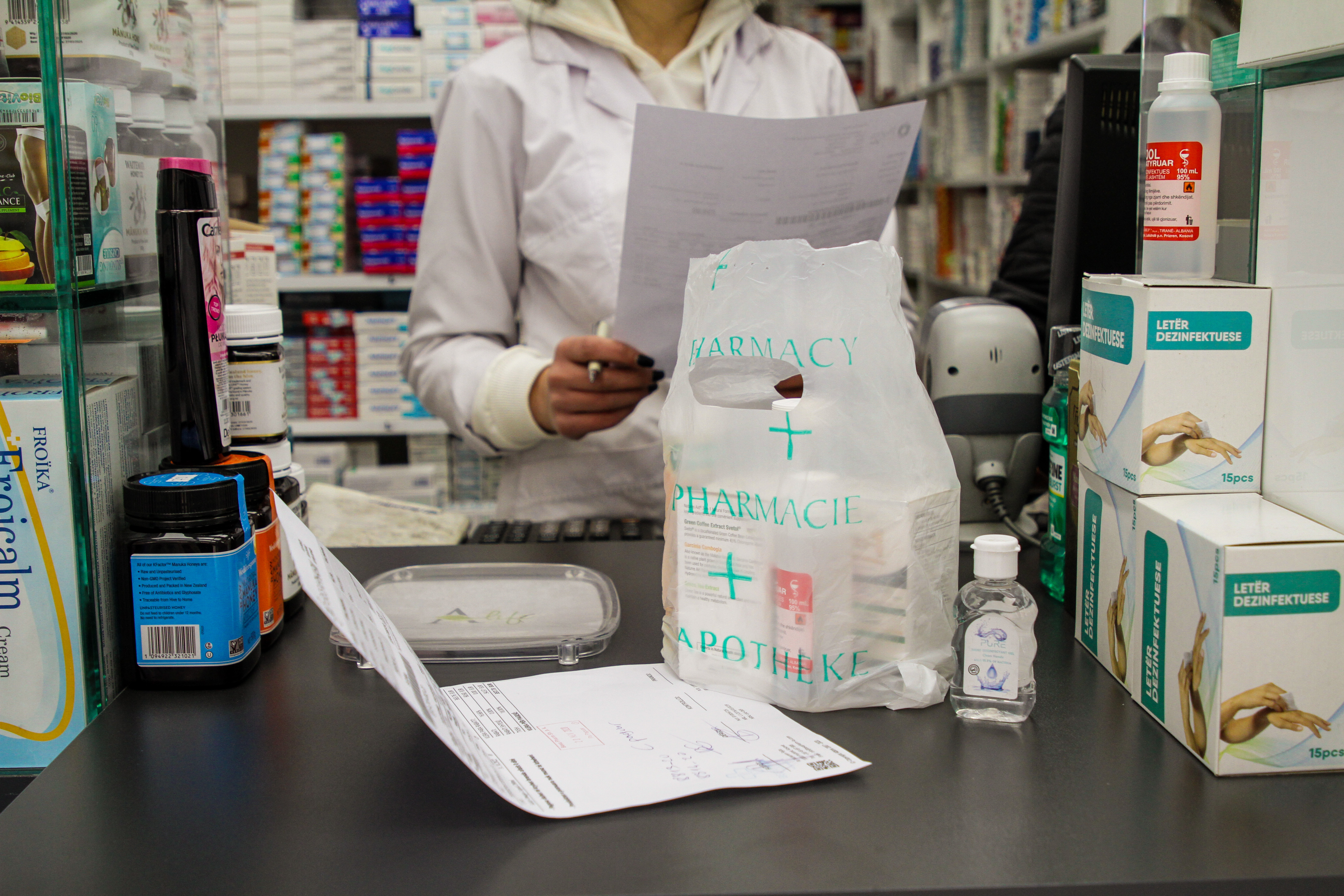 “For myself, I spent about 135 euros. My wife, daughter and father also all tested positive, so each of them cost another 135 euros or so,” N.Sh explained. He calculates that the total cost of the treatment for him and his family has already reached 540 euros.

A pharmacist from Prishtina who did not wish to be named said people spent an average of 120 euros on drugs for patients not suffering severely from COVID-19 – mostly on antibiotics and vitamins.

However, the same source said more critical cases, over a course of ten days or so can easily spend more than 600 euros, not counting the cost of other check-ups, x-rays and other expenses.

The pharmacist warned also that therapy might also be necessary for months, until a complete recovery is made.

“Although some people have stronger immunity, even after they get tested negative or after recovery, the consumption of various vitamins is mandatory for a long time because this virus, with its unknowns and the damage it causes, requires long-time treatment,” she concluded.