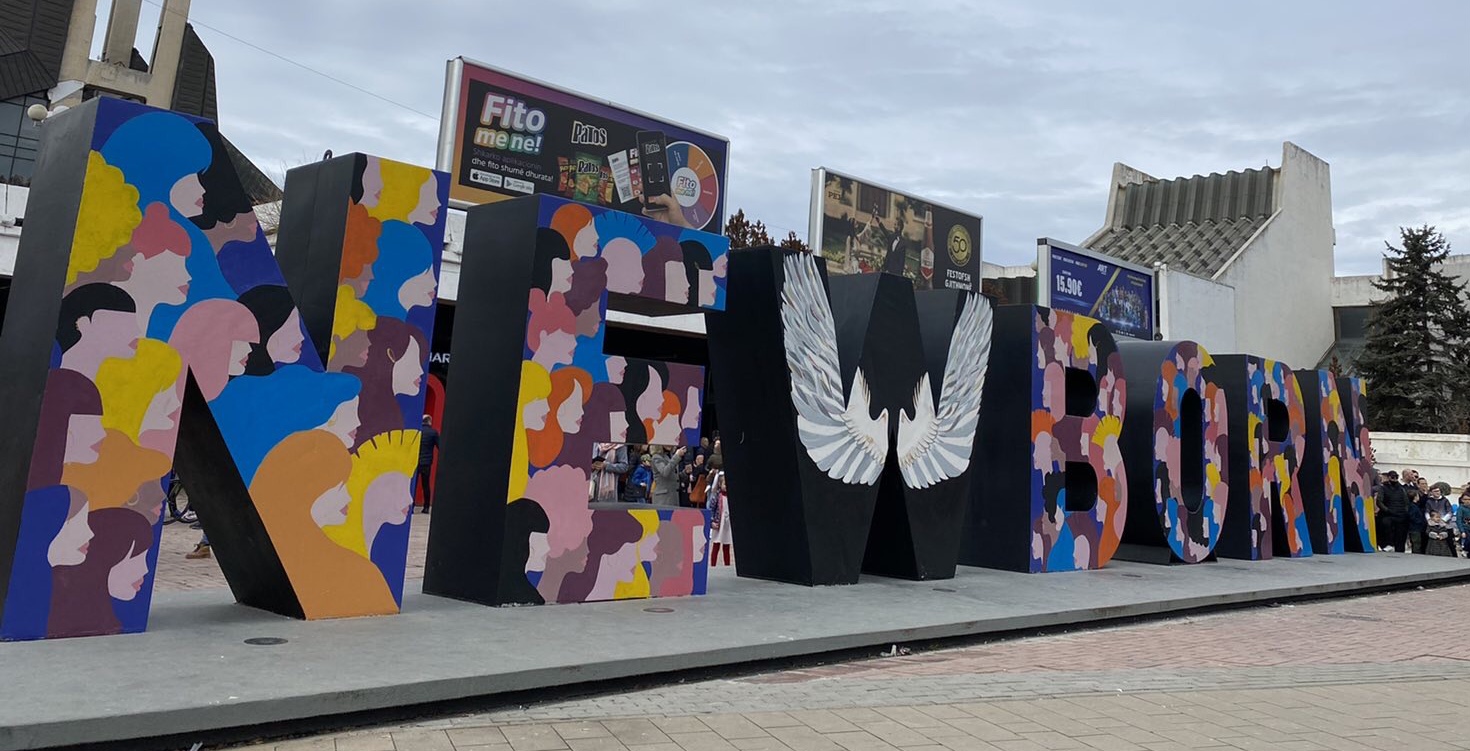 Marking the 14th anniversary of Kosovo’s independence, Prishtina's iconic Newborn monument is being dedicated this year to women – both their successes, and their abuse.

Faces of women along with wings have covered the Newborn monument in Prishtina, which changes colours and theme every February 17, when the countrycelebrates Independence Day.

Named the “Winged Women”, the monument to Kosovo’s independence is dedicated this year to the theme of women, both their successes and their problems.

“This year’s theme is dedicated to women in two aspects, to the successful women who make us proud around the world by displaying success in the world of music, culture, film, sport, but also to those dark parts where women are still victims of domestic violence,” ​​Fisnik Ismaili, creator of the monument, said.

He specified that the wings painted in “W” lettersrepresent the strength the country should give to women victims of abuse – and to those who put Kosovo on the map with their talent.

Every year, volunteers and companies help paint the monument.

The Newborn has received many different faces over the last 14 years since Kosovo declared independence fromSerbia, which the latter refuses to recognise. Originally built in 2008 by Fisnik Ismaili, it was then painted bright yellow.

Initially, the plan was not to change its colour and design from that moment, but its degradation as a result of graffiti and damage prompted the creator of the project toaccept change and each year give it a new image that symbolizes a current situation or relevant theme.

The monument is located in the centre of the capital, in the area known as the Palace of Youth and Sports, and attracts visitors from all over the country and abroad.

Over the years, themes and messages on this monument have ranged from homage to the countries that recognisedKosovo’s independence to the rape of women during theindependence war, respect for the armed forces and the international isolation of Kosovo – which has yet to obtain a visa–free regime with the EU.