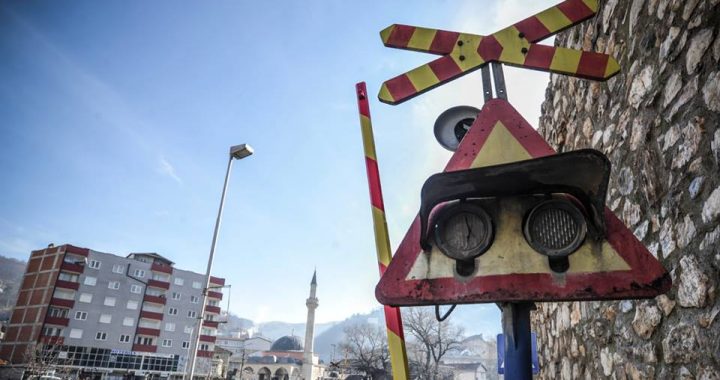 Does the EU need to be afraid of Kosovo’s radicalization problem?

The available narratives about violent extremism in Kosovo have less to do with Kosovo’s ‘radical Islamists’ and more with projected fears of a Europe that is polarized.

Kosovo citizens remain the only Europeans in the region who need visas to travel to the EU. Formally, this is due to two remaining criteria that Kosovo authorities have not yet fulfilled, namely border demarcation with Montenegro – which did not stop Montenegro from getting visa free travel – and the fight against organized crime. Behind these formal reasons, however, hides the fear in the EU member states about possible migration from Kosovo. Both the European Commission and EU member states have long been skeptical of granting Kosovo visa free travel, due to the perceived “security concerns regarding in particular the potential for illegal migration stemming from and transiting through Kosovo.” This quote is taken from a 2009 European Council decision to grant Serbia visa free travel, while keeping Kosovo on the Schengen “black list.”

Eight years later, the fear of migration is still there, and has only worsened with the migration crisis in the EU. Now there is an additional fear that with migration from Kosovo, terrorists will enter the EU and commit terrorist acts. In May 2016, after undergoing a difficult reform process required by the EU, Kosovo received a positive recommendation by the European Commission to allow visa free travel, pending the two remaining criteria. At the same time, the Commission issued an additional report attached to the recommendation, which paints a worrying picture of the threats that would come from Kosovo’s visa free travel: “An assessment of the security impact of visa liberalisation for Kosovo reveals that… returning foreign terrorist fighters pose potential threats to the European Union’s internal security… Visa liberalisation could also have an impact on undetected entry into the EU of persons from Kosovo who return from war zones where they had joined terrorist networks.” With this type of warning, it is unlikely that EU member states will approve visa free travel for Kosovo, even if and when Kosovo meets the two remaining criteria.

It is true that a relatively high number of Kosovo citizens have travelled to Syria and Iraq to join the fighting or to accompany relatives who have intended to do so. According to a recent report by the Norwegian Institute of International Affairs (NUPI), “as of March 2017 the official figure of Syria travellers is 316; of these, 59 have died, 118 have returned, and 139 remain in the conflict zone.” However, according to the same report, “of the 139 still in the conflict zone, 38 are women and 28 are children, and these two groups are unlikely to have taken up combat roles.” Most people left in 2012 and 2013, “a time when much of the international community, including the Kosovo government, strongly condemned the conduct of the Assad regime in Syria.” In addition, according to Kosovo authorities, only a handful of new cases were recorded in more recent years.

More importantly, there is no publically available evidence that Kosovo returnees from Syria and Iraq have travelled to the EU to commit terrorist acts, even though organizations like the UNDP boldly make this claim. In 2017, UNDP published a report on Prevention of Violent Extremism in Kosovo, in the context of describing the “notoriety” of the Kosovo citizens who have joined ISIS, also claims that: “other Kosovans have carried out attacks on Western Europe and in the U.S.A.” The source for this is a 2015 UNDP report, not available to the public. After I obtained the report, it became clear that this is not the case. The 2015 report lists five cases of attacks or attempted attacks, between 2007 and 2014, mostly from Albanians with Macedonian origin, and almost all were citizens of the western countries. Not only were they not returnees from Syria and Iraq, most of them were not even “Kosovans.”

It is unclear why the UNDP would publish such claims based on such weak evidence. It is clear though that such publications do not help Kosovo’s image in the EU. Just as damaging are Serbia’s open and constant efforts to prevent Kosovo’s membership to international organizations, which are often built around outrageous claims comparing Kosovo to ISIS, which are then fed to the media. Most recently, on September 15, 2017, the Serbian Government presented in Paris a propaganda film against Kosovo pushing forward the same narrative.

Serbia’s behaviour is unsurprising, though highly problematic. The EU-brokered Kosovo-Serbia dialogue has been lauded as an important process that will lead to the normalization of the relations between the two countries, while Serbia’s behaviour points to the contrary. It, however, becomes truly problematic for Kosovo when Serbia’s narrative is repeated by Brussels officials or Members of the European Parliament. In January 2017, during the annual Parliamentary debate on the 2016 European Commission Kosovo report, a number of MEPs offered amendments to the EP resolution on Kosovo in line with Serbian propaganda. Most notably, Jean-Luc Schaffhauser, MEP from France’s National Front, insisted on amending a section of the Motion of European Parliament Resolution on the 2016 Commission Report on Kosovo, which praised Kosovo’s efforts to fight radicalization and violent extremism. He motioned to include the following text: “radical Islamism was the weapon used to establish the entity of Kosovo; recalls, furthermore, that Islamism has always found a logistical refuge in Kosovo; concludes, on the basis of the above, that no trust should be placed in the entity of Kosovo in the fight against radical Islam.” The amendment was rejected but the public record of it remains on the website.

While this example is extreme, stigmatization of Kosovo in the EU is not only an issue of extreme right fringe parties. Officials in Brussels working on the Western Balkans, when interviewed off the record on issues of radicalization and foreign fighters in the region, did not shy away from defining this as a predominantly Albanian and Muslim issue. In an environment of increased polarization and populism, and increased anti-Islam and anti-immigration sentiment throughout Europe, labeling Kosovo as “Islamic” enables skeptical EU member states to further isolate Kosovo from the EU.

As it is, Kosovo already has an ambivalent relationship with the EU, since five EU member states do not recognize Kosovo’s statehood, and that hinders Kosovo’s aspiration to join the EU. Now, with the narratives in the EU around violent extremism in Kosovo, EU policies that were previously available to Kosovo because they did not relate to statehood – such as visa free travel – are becoming even harder to reach.

While many questions remain as to the scale of Kosovo’s radicalization problem, it has certainly not affected the EU in the way that some reports (like the one from UNDP) claim. The issue has been exaggerated, and the available narratives have less to do with Kosovo’s “radical Islamists” and more with projected fears of a Europe that is polarized. Either way, isolating Kosovo is not the solution. Preventing future radicalization is contingent on developing a stronger relationship between Kosovo and the EU, including allowing youth from Kosovo to travel freely and see the Europe they dream to one day join.