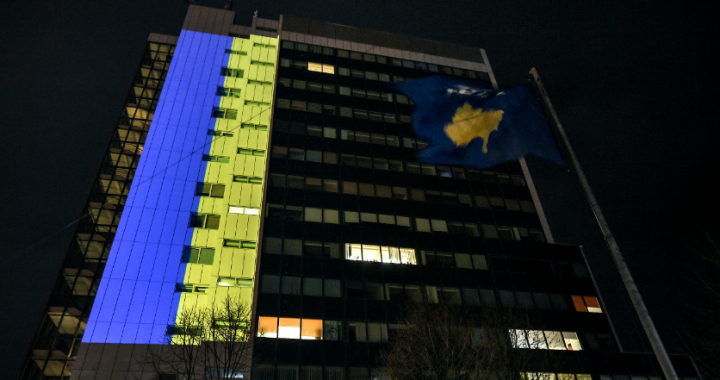 Kosovo experts interpret planned visit of Kremlin envoy to Belgrade as Russian move to bring its Serbian ally into line – as conflict with West worsens.

There has been no official confirmation of the imminent arrival of Russian intelligence chief Nikolai Patrushev, reported AP.

But such a visit would be used by Russia to put pressure on its ally, Serbia, political analyst Agon Maliqi said.

“It can only be a sign of pressure on Belgrade and an attempt to expand the [Russian] front against Western interests in the Balkans,” he told Prishtina Insight.

It is reported that their talks would likely focus on Moscow’s recent claims that “mercenaries” from Albania, Kosovo and Bosnia and Herzegovina are being sent to fight on the Ukrainian side against pro-Russian rebels.

Maliqi says the issue of “mercenaries” from the Balkans is false flag – a fabricated pretext to target countries Russia intends to destabilize.

According to him, the biggest risk of this destabilizing agenda is to Bosnia and Herzegovina, where the country’s autonomous Serb-run entity, Republika Srpska, has a concrete intention to secede.

“However, Kosovo and other countries in the region can also be targets of various forms of hybrid warfare,” Maliqi noted.

Researcher of international relations, Mirlind Behluli, says the visit emphasizes Russia’s tendency to escalate the conflict in the Western Balkans, “since Russia has already mentioned the involvement of Albanian, Kosovar and Bosnian mercenaries in the Ukrainian war.”

“Through the already established gerasimovian practices, Russia will try to disturb this part of Europe, whose peace, unfortunately, is fragile,” Behluli told Prishtina Insight.

Western officials have accused the Kremlin of inciting nationalist conflicts in the Balkans that threaten peace in Bosnia and in Kosovo and fuel political tensions in Balkan NATO states North Macedonia and Montenegro.

On Monday, the United Nations called for an emergency Security Council meeting after Russia on February 21 recognized the independence of two breakaway regions in eastern Ukraine run by pro-Russian separatists. Western powers have responded by condemning such action and announcing sanctions.

President Vjosa Osmani’s media advisor, Bekim Kupina, told Prishtina Insight that the crisis in Ukraine could undoubtedly destabilize peace the Western Balkans as well, and that Russia’s political and military cooperation with Serbia is used for the hegemonic aims of both countries.

“This visit [of the Russian official] and the statements of Vucic prove that the future target of Russia and Serbia is the destabilization of the Western Balkans” Kupina added.

Kosovo Prime Minister Albin Kurti on Tuesday told parliament that Kosovo supports Ukraine’s sovereignty and will coordinate responses with the European Union, the US and NATO.

The Foreign Ministry said that Putin “has fought and continues to fight against democracy in Europe”.

“Putin is fighting once again against a peaceful democracy. He has waged hybrid wars against democracies across Europe for years. The free world must respond decisively to Putin and his representatives,” the ministry wrote on Twitter.

Kosovo MPs on Tuesday in the Assembly demanded that authorities closely follow developments in Ukraine, calling it “the first front” of a wider conflict.

“Ukraine is the first front, the Balkans is the second front and we are the first line of this second front in the Balkans, and the government should convene the National Security Council,” Enver Hoxhaj, an MP from the Democratic Party of Kosovo, said.

This article has been modified to add the reactions from the office of the President of Kosovo and the one of Mirlind Behluli.