After being shortlisted at Cannes, the producers of ‘Displaced’ – a short film about two table tennis enthusiasts struggling to keep their neglected sport alive – are preparing for more success around the world.

While shooting the last scenes of Pa Vend (Displaced) in the southern Kosovo city of Prizren, it started snowing. The director, Samir Karahoda, had been convinced the film would not properly convey events if they couldn’t film in the snow. “But luck smiled on us,” producer Eroll Bilibani told BIRN. “It snowed so much that we were able to shoot the most beautiful scenes of the film.”

Displaced is a short film about two table tennis enthusiasts, Jeton Mazreku and Ermegan Kazazi, and their coach, and their desperate their efforts to keep the sport alive in Kosovo without any kind of institutional support.

Mazreku and Kazazi, who play themselves in the film, wander around post-war Kosovo from one obscure location to another, carrying the club’s only possession, the tables!

The Cannes festival’s Cinéfondation and Short Film jury nominated the movie for the European Short Film category at the European Film Awards 2021, it was announced on June 20. [The winner was Hong Kong director Tangy Yi’s All the Crows in the World.]

This was the second time Karahoda and Bilibani had collaborated in a film that made it to an internationally known film festival.

Karahoda made his directorial debut at the Berlinale festival in 2019 with Ne Mes (In Between), a widely applauded movie examining traditional values and patriarchy.

The duo are colleagues at the Kosovo international film festival DokuFest, where they collaborate in the festival’s film school.

“Within the DokuFest film school, we started to develop new generations of young filmmakers,” Bilibani told BIRN, adding they decided to collaborate again after the success of In Between.

“The format and way of shooting [of Displaced] is completely different from the first project [In Between],” Bilibani says.

Karahoda explains that, “to be part of these [international] festivals, normally the film has to be unique and bring innovation in the form of storytelling; it should not be an ordinary film.

“Since the first film made us participants at the Berlinale, the goal with the second film was to be in a festival of the same category, as the journey of the whole film depends a lot on where it starts,” he added. 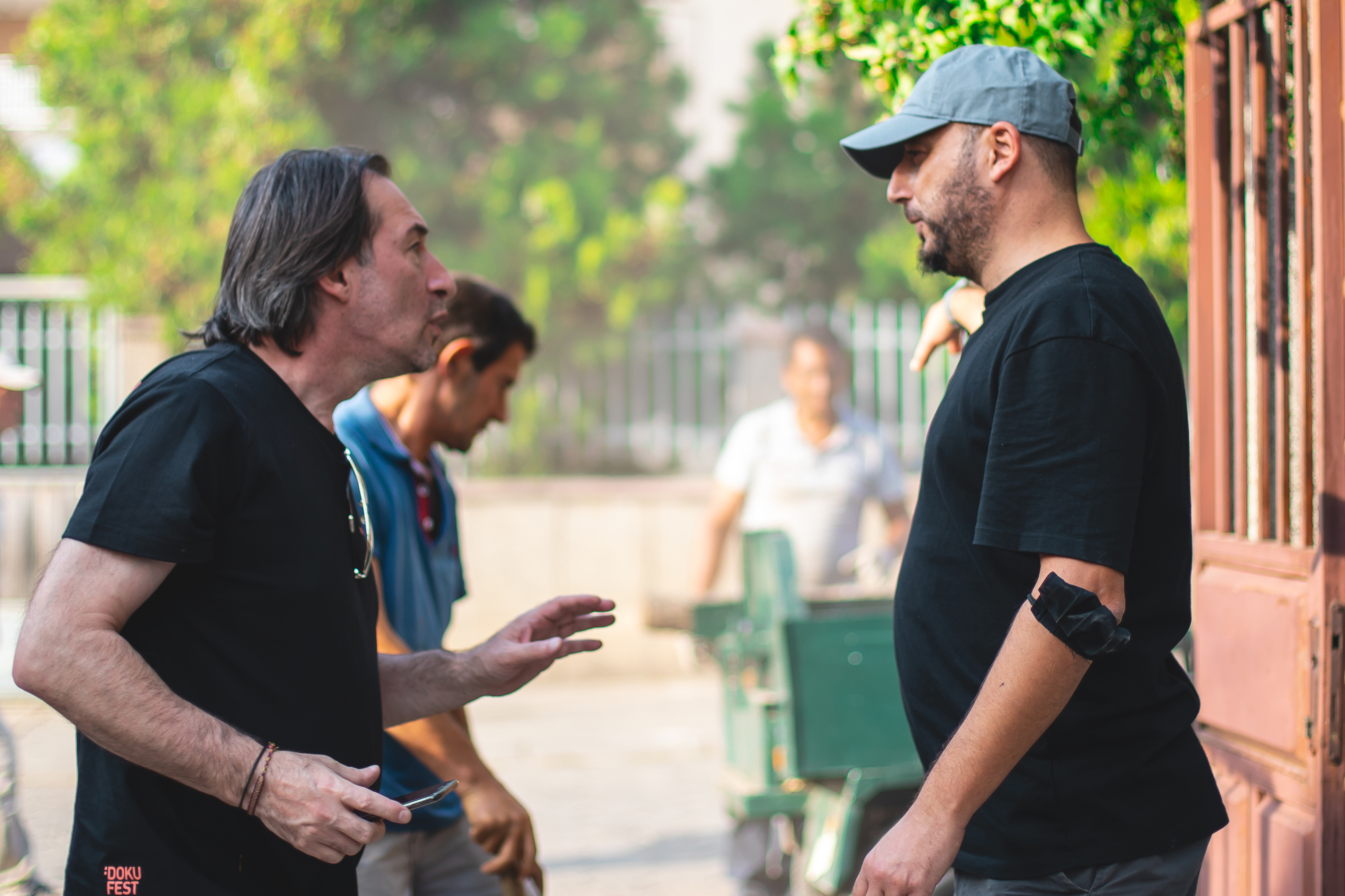 Displaced tells a more than 15-year-old story of a neglected sport in Kosovo, in only 15 minutes.

Shooting started in September 2020 and nine different shoots took place in different seasons, to depict reality as much as possible.

Karahoda and Mazraku identified the locations where the actual events took place all those years ago. The two protagonists tell how they kept table tennis alive in Kosovo, based only on their personal will.

A nomadic atmosphere is evident in the film, while the protagonists constantly change training spaces in pursuit of their dream of playing on an international stage.

Producer Bilibani describes table tennis as a “small and insignificant sport for decision makers – but vital for the protagonists of the film”.

The topic was chosen because, “15 years later the situation has not changed at all” in terms of the sport’s neglect by Kosovo institutions, so, “we saw a way to address this topic through the film in hybrid form, recreating the scenes in the interpretation of the main protagonists,” he says.

“The film is a good medium to promote ‘small’ sports that have remained at the mercy of individual enthusiasts and supporters,” he adds.

Talking about being shortlisted at Cannes, Karahoda says that “the primary goal was to tell the story the film is about as well as possible” – and follow in the footsteps of his debut film.

Together with tarticipation in one of the world’s biggest film festivals and in competition for a very prestigious award, another win for the production team was being featured by the International Table Tennis Federation.

“While we were in Cannes, it was a pleasure to see that the International Table Tennis Federation published an article on the film from Kosovo for the Prizren League club, which promotes the sport of table tennis at the world’s largest festival,” Bilibani says. 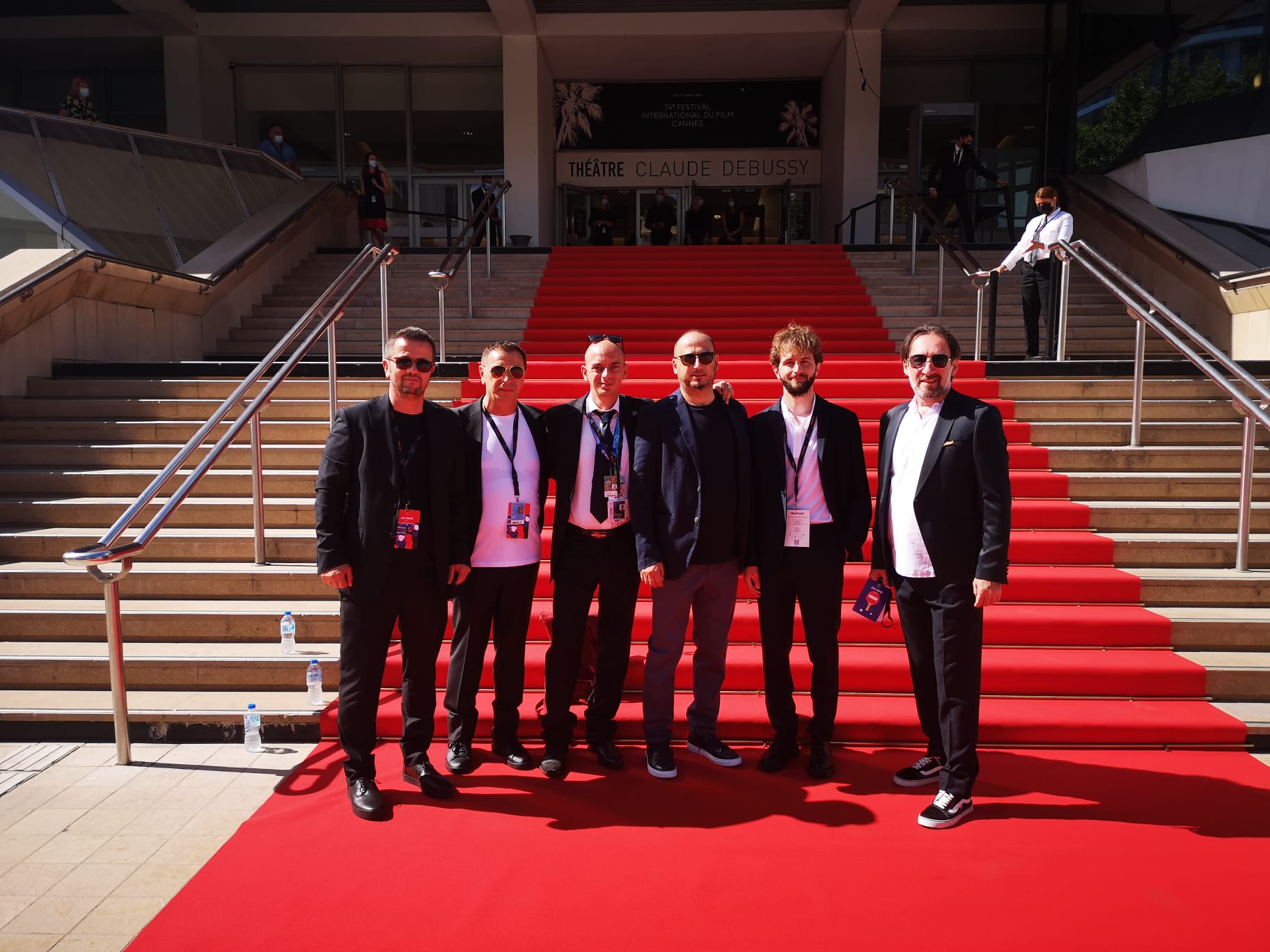 The success of Displaced at the Cannes festival adds to Kosovo’s worldwide successes in cinematography – and will help local directors and filmmakers find collaborators and also donors.

“I cannot forget the moment when I appeared on stage to be introduced,” Karahoda says, describing what he saw in front of him, over a thousand spectators in the audience of the famous Claude Debussy Theatre. It resembled “a dream”.

“It was an indescribable feeling and a special moment that I will not forget for the rest of my life,” he reflects.

Karahoda and his team might not be the only ones never to forget a moment that made the world more aware of Kosovo’s film culture.

Their success has had “a tremendous impact on the image of the country and at the same time on the interest in co-productions of films with other countries of the world”, Karahoda emphasises.

As BIRN has previously reported, a lack of state support for film is restricting both the topics that Kosovo’s film industry can cover and the films’ preservation and distribution.

The film industry of the newest country in Europe mainly depends on the efforts of individual filmmakers.

The Kosovo Cinematographic Center, KCC, supported Karahoda and Bilibani with 15,000 euros for Displaced, covering around 35 to 40 per cent of the budget.

Fortunately, Bilibani says they also had some support from the municipalities of Pristina and Prizren.

They also “managed to ensure distribution before the production on the main European channels through a pre-financing of the distribution by the European cultural TV ARTE, and Finnish TV YLE”, he adds.

Mabetex Group also assisted with finalization of the film while MCYS secured funds for the team to participate at Cannes.

Bilibani says they would be happy to reach an agreement with Kosovo’s public broadcaster, RTK, “but at the moment RTK does not have any mechanism to ensure the screening of local films on public television”.

Displaced is currently up for prizes at even other festivals, in four different continents.

After its premiere in Cannes, Karahoda says he has had “several meetings with French producers who have been interested in collaborating on future projects.

“Now I am more confident that I am ready for something bigger, so I believe the next film will be a feature film, whose storyline I still do not know. I will leave that to time,” Karahoda concludes.