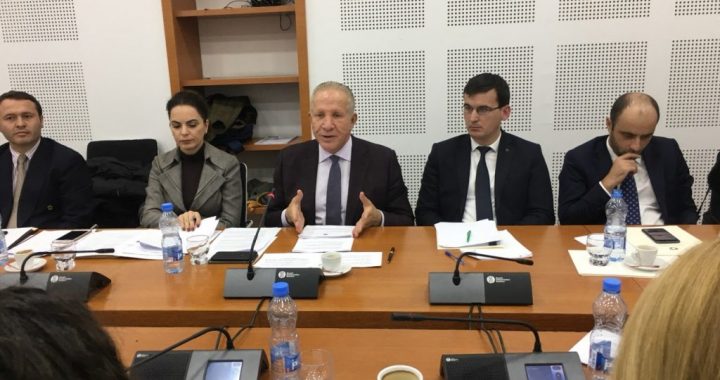 A rights group in Kosovo, the Council for the Defense of Human Rights and Freedoms, CDHRF, on Friday demanded the dismissal of Kosovo’s deputy prime and foreign minister, Behgjet Pacolli, for using “sexist and racist” language in a report to parliament on the country’s failure to join Interpol.

Reporting to Assembly’s foreign affairs committee on Wednesday, Pacolli claimed Serbia had deployed a number of “well dressed” women at the Interpol summit to hug “black” members of Interpol member countries, as a way to lobby against Kosovo’s membership of the global police body.

“They had around 10 well dressed women and each went to a black man’s table and said: ‘Excuse me, how are you?’, hugged him and left an envelope,” Pacolli was quoted as saying.

The organisation called the statement racist and offensive, and said the use of such language “makes him inadequate to exercise the duty of Foreign Minister or underatke any representation on behalf of Kosovo”.

Pacolli had been trying to justify Kosovo’s failure to get enough votes to join Interpol in November, explaining that Serbia had lobbied against Kosovo with full force.  “We saw what kind of lobbying they did inside the hall,” Pacolli said.

Kosovo failed to join Interpol on November 20, after it did not get enough supporting votes at the international criminal cooperation organisation’s general assembly in Dubai.