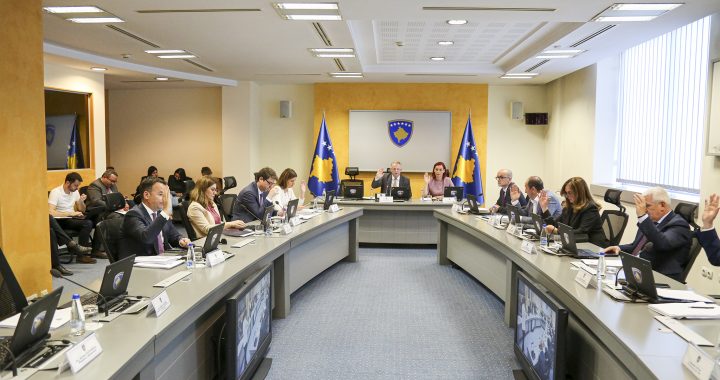 New sanctions against Russia and Belarus were imposed at the meeting of the government of Kosovo on Monday, taking into account the escalating situation in Ukraine.

Deputy Minister of Foreign Affairs and the Diaspora Kreshnik Ahmeti said that Kosovo was acting in alignment with its international partners.

“These sanctions are aimed at increasing pressure on the government and the Russian economy and limiting the Kremlin’s resources for military aggression against Ukraine,” Ahmeti said.

There is also on ban on any Russian or Belarusian road transport transporting goods to Kosovo except of coal and other solid fossil fuels into Kosovo, if they originate in Russia, or are exported from Russia.

The Wagner Group is deemed to be affiliated with or responsible for actions that undermine and threaten Ukraine’s territorial integrity, sovereignty and independence.

The Foreign Ministers of  the G7 countries at a joint meeting on Saturday, in Germany, have congratulated the Western Balkan countries for imposing sanctions against Russia, and again urged Serbia to do the same.

In March, the Kosovo Assembly also adopted a resolution denouncing invasion of Ukraine.

Kosovo has previously imposed sanctions on Russia in line with the United States and the European Union.

On March 2, the UN General Assembly voted overwhelmingly for a resolution condemning Russian aggression against Ukraine.

Since Russia launched its war on Ukraine, on February 24, its troops have failed to take control of any major Ukrainian city but have seized much of the south and east and killed thousands of people.