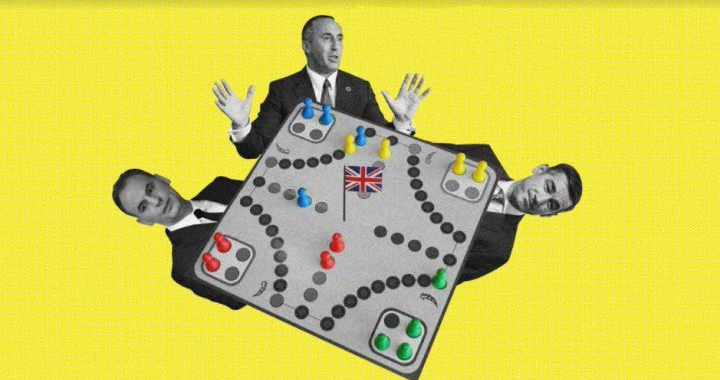 Bangladesh’s model of quotas – which sets aside 30 per cent of civil service posts to party members – would be better than Kosovo’s system of completely rampant party-based employment.

After declaring independence from Pakistan in 1971, the first post-war government in Bangladesh established a rule favoring the employment of family members of those who had fought for freedom in the new civil service.

The law, which still applies, reserves 30 per cent of civil service posts to members of the National Awami Party, which led the resistance movement.

About 3,000 jobs fall vacant each year in Bangladesh’s civil service. Just under 1,000 are reserved for war veterans’ families. The rest are distributed in a merit-based competition.

Critics say the list of names of Bangladeshi war veterans has changed multiple times since the war ended and that many veteran certificates have been falsified. In a country with high rates of unemployment, these set quotas for party-based employment sparked huge protests last spring.

Protesters demanded in 2018 that 90 per cent of government posts be merit-based. To appease them, the government had to pledge to reduce or scrap the quotas and end party-based employment.

In Kosovo, another ‘post-war’ state, there is no official system of party quotas for employment in public institutions.

But in many ways, the system in Kosovo is almost identical to that in Bangladesh. Employment in government is not based on merit, but on family and party ties.

As in Bangladesh, faced by protests over this, state leaders have consistently promised to fight nepotism.

As a step towards achieving this goal, Kosovo signed an agreement with the British embassy through which a foreign company would help select merit-based persons for senior management posts.

If the heads of these institutions were selected on the basis of merit, so the argument went, it would help to install meritocracy in Kosovo in general.

The agreement focused particularly on the merit-based selection of board members, chief secretaries and executive heads of public enterprises.

Three years on, the British ambassador to Kosovo, Ruairi O’Connell, has complained that the nomination of undeserving and even incompetent candidates has not ended.

It is an approach “that favours nepotism over professionalism is destroying institutions,” the ambassador warned at a meeting with the Prime Minister Ramush Haradinaj and Kadri Veseli, the Speaker of the Assembly.

Kosovo institutions are not respecting the agreement, and the project seems to be heading towards failure.

When the British project started in 2016, another local project, which also aimed to hire professional staff for senior positions in institutions, was coming to an end.

Following the declaration of independence in 2008, the government established a special fund, the Brain Fund, to attract experts to work in public institutions.

The project envisaged strict selection criteria and transparent recruitment. Beneficiaries would be paid 800 to 1,800 euros per month.

At first it started well. But within a few years the fund was transformed from a fund to recruit experts to a fund to reward party members. Most of the fund’s beneficiaries did not even have a higher university education. In 2015, the fund was wound up.

Favoring employment due to family ties, or ties of friendship, is unjust and unethical.

It means putting family and friends in positions that they do not deserve and for which they lack the qualifications and the skills required, thereby denying the rights of those who actually deserve the jobs.

Besides being unjust, it has a damaging impact on the quality of services and reduces productivity in those institutions. Such practices are not only unjust and unethical; they also contradict a range of laws in Kosovo.

Despite that, no government of Kosovo has so far has shown any real willingness to end to the culture of nepotism.

On the contrary, information that reporters and the media have released recently shows that party-based employment remains the norm, not the exception.

If Kosovo rejects the British model for merit-based employment, and if party employment does not stop, should Kosovo simply adopt the old Bangladeshi model, under which family members of ruling parties are lawfully entitled to reserved seats and only the remaining seats are filled with merit-based persons?

The Bangladeshi model is clearly not fitted to the European Union model – and the employment of four children of board director in Kosovo Telecom as was reported is hardly in the spirit of the acquis communautaire.

But something in Kosovo has to change. The current status quo is not an option.

Jeton Mehmeti is the Research Director at GAP Institute.