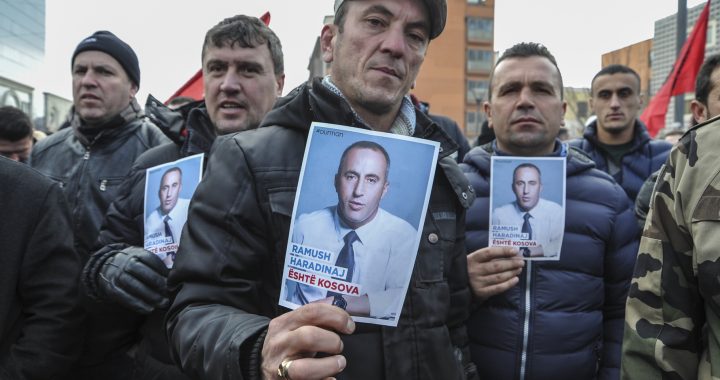 A court of appeals in Colmar, France has postponed a decision on the case of Ramush Haradinaj, who is being held in France on an international warrant issued by Serbia.

Ramush Haradinaj, the leader of the Alliance for the Future of Kosovo, AAK, cannot yet return home from France. Haradinaj, who was arrested in France on January 4, is expecting the French judiciary to decide on an extradition request from Serbia.

Haradinaj is wanted by the Serbian state for war crimes, although the former Kosovo Liberation Army, KLA, commander was acquitted by the International Criminal Tribunal for former Yugoslavia, ICTY, in the Hague twice.

The decision on the extradition request has been postponed to March 2, confirmed Haradinaj’s lawyer Arianit Koci.

Responding to the judge presiding over the case, Haradinaj refused to be extradited to Serbia, calling the request for his extradition political.

Haradinaj was arrested on January 4 this year in Basel-Mulhouse airport based on an international warrant issued by Serbian authorities in 2004.

The opposition leader was released from jail on probation, but he cannot leave France until a decision is taken on the extradition request.