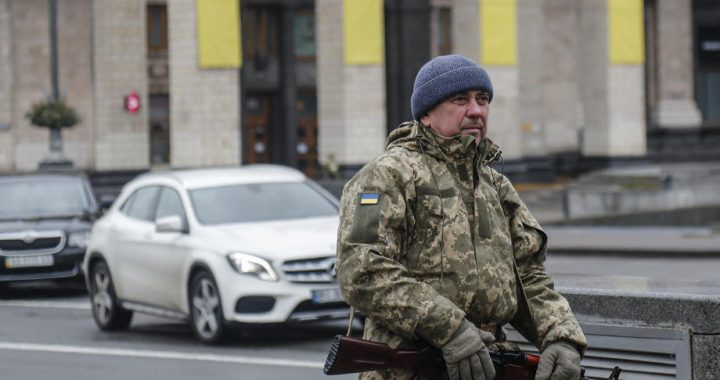 Police said they were looking into reports that two citizens had attempted – without success so far – to join the war in Ukraine, as Kosovo law outlaws fighting in foreign conflicts.

Kosovo Police on Wednesday said they were collecting information about two Kosovars who reportedly headed to Ukraine to join the fight against the Russian invasion.

On Tuesday, Pristina-based TV channel Kanal10 interviewed two Kosovar men at the Poland-Ukraine border who were on their way to Ukraine. That was the first reported case of Kosovo nationals joining the war in Ukraine.

On Wednesday, however, Kanal10 reported that the two were not allowed to enter Ukraine and had been held for more than four hours by Polish border authorities.

“Relevant Police units are in the stage of collection and verification of information and in line with the provisions of Code of Criminal Procedure we will cooperate with Prosecution on this case,” Police told BIRN.

Kosovo outlawed participation in foreign armed groups in 2015 after more than 400 of its citizens joined the conflict in Syria, fighting alongside Islamist terrorist organisations such as ISIS. Tens of those who returned from the Middle East have since faced trial and have been imprisoned.

“We will first address the issue [of the two men] if it’s true or not, but we cannot say anything more at this stage,” Blerim Isufaj, head of Kosovo’s Special Prosecution, told BIRN. “The law prohibits participation [in foreign conflicts],” he added.

Maliq Behluli, from the southern town of Suharekë/Suva Reka, told Kanal 10 from the Poland-Ukraine border on Tuesday that he was joining the fight for “humane reasons”. He described Russia as “our common enemy”, meaning Ukraine and Kosovo.

His friend, Ismet Shala, who has been living in Western Europe, said that “all EU members have supported the Ukrainian war” and that “images of refugees remind us what we experienced during the Kosovo war… everyone has the right to fight for peace”.

Behluli and Shala said they were not part of Kosovo’s armed resistance against Serbia in 1998-99.

Other countries, Britain notably, take a more relaxed view of volunteer fighters going to Ukraine, although not all get far.

Liam Dawson was filmed heading to the Ukraine embassy in London this week and asking to join up, only to be told that the Ukrainian army didn’t have time to train him.

Britain’s Foreign Minister Liz truss has said she “understands” why Britons want to fight there, but the Defence Ministry has underlined that active servicemen and women will be punished if they leave their posts without permission for Ukraine.