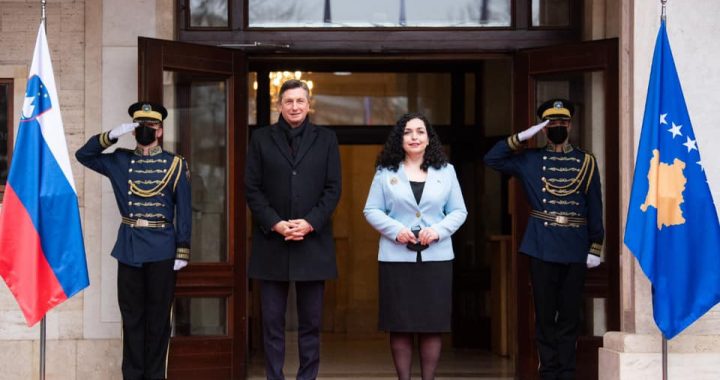 During the visit of the President of Slovenia Borut Pahor to Kosovo on Monday, Vjosa Osmani asked her counterpart to convince EU Members that are reluctant to lift visas for citizens of Kosovo to do so.

“I want to emphasize again that visa liberalization has been delayed, and this undermines the credibility of the EU. This liberalization must happen as soon as possible and there is no reason for hesitation,” Osmani told a press conference.

Kosovo is now the only country in the Western Balkans that does not yet have visa liberalization, despite meeting the criteria set by the European Union.

Visa liberalization has been promised to Kosovo since 2011. In 2018, the European Commission considered that Kosovo had met all the criteria and recommended the abolition of visas to EU Member States. Liberalization was also voted in the European Parliament, but the final decision remains with the EU Council of Ministers.

The former Prime Minister of Kosovo, Avdullah Hoti, in September 2020 told Euronews Albania that although the European Commission has supported visa liberalization for Kosovo for years, some countries like France and the Netherlands were hindering this process.

Meanwhile, Osmani stressed that there is no alternative for Kosovo other than European Union and NATO membership.

President Pahor told the same press conference that Slovenia supports Kosovo’s Euro-Atlantic perspective. Slovenia took over the six-month EU presidency on July 1 and is due to hand it over shortly to France.

Pahor also met the Prime Minister of Kosovo, Albin Kurti, on his visit.